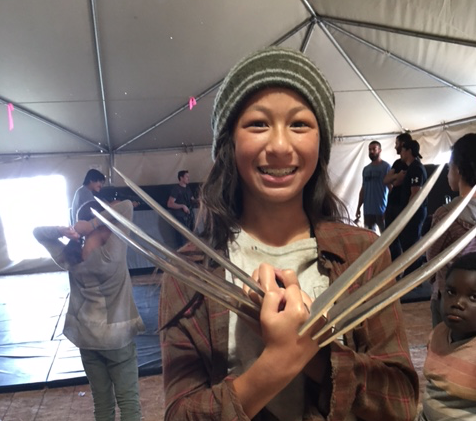 We’ve mentioned this before, but we can’t say it enough: keeping up with AWMA’s incredibly hardworking and talented roster of sponsored athletes is the most rewarding part of maintaining this blog. So this week’s post is a particularly exciting one!

When we first interviewed multiple time NASKA World Champion and WKA gold and silver medalist Emma Teo last year, soon after she won Team Sync Forms and Weapons Overall with fellow AWMA athlete Kieran Tamondong at the 2016 AKA Warrior Cup, she mentioned that she might have some interest in acting. School and martial arts came first, but if the right opportunity presented itself, she’d take it. Her mom, Michelle, added that Emma’s success in martial arts was already starting to attract some attention from the entertainment industry.

The next time we checked in with Emma, to ask her for some ideas for the 2016 AWMA Blog Holiday Gift Guide, she was on a film set, so we figured that there had been some interesting developments in that part of her career.

Now we’re happy to report that AWMA’s own Emma Teo is making her feature film debut in 20th Century FOX’s Logan, which opened in theaters across the globe this past Friday. You can also catch a glimpse of her in the trailer that aired during the Super Bowl last month.

Emma landed her part in the latest installment from the Wolverine/ X-Men universe when a member of the stunt team recommended her to directors James Mangold and Josh McLaglen. On IMDb, she’s officially billed as “Mutant Child,” and while she couldn’t reveal too much about her role, she was willing to give us one little hint. “Without giving anything away about the movie, my character is a lab created Mutant during a time when everyone thought that mutants were all gone,” she told the AWMA Blog.

Given the action-packed nature of Logan, the set was filled with highly-skilled stunt people and martial arts pros and Emma was in her element. “There were many martial artists on set doing many stunts. Several, who I already knew, are my friends I’ve known for a long time. It was a great experience to do something this amazing with them.”

It was also a great learning experience for Emma. “The most surprising experience I had was learning how the action is behind the camera and how much it takes to create a scene.  It takes a lot of people and a lot of time to get it perfect.” 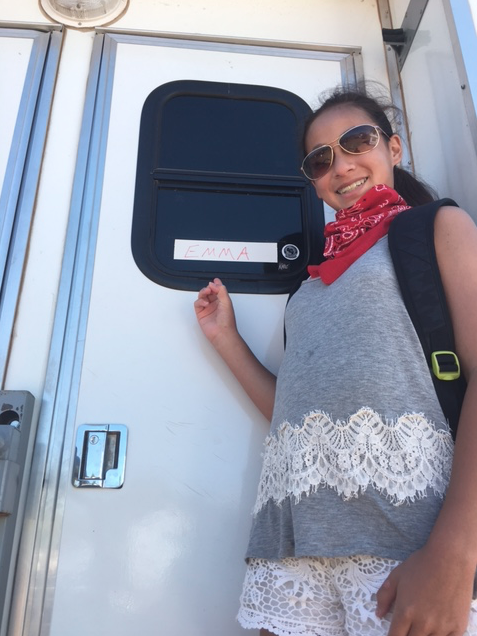 Emma poses in front of her trailer on set.
Photo credit: Michelle Teo

While she didn’t get a chance to show off her own martial arts skills in Logan, she still believes that her years of serious martial arts training played an important part in helping her earn this opportunity. “Not much marital arts were used in my role, however, it was anticipated that there might have been a need for it. I was also hired for my athleticism and discipline to be able to take direction well.”

From the moment that she got the part to seeing Logan at an advance screening this past Thursday, Emma has nothing but good things to say about her time as a Mutant. “Being part of this movie was such an honor and privilege. The cast and crew were so amazing! I really had an incredible time working on set with Hugh Jackman (Logan), Boyd Holbrook (Pierce) and Dafne Keen (Laura) along with some of my friends. Probably one of the most exciting things I’ve ever done. Seeing myself on the big screen and on the commercial spot during the Super Bowl was UNBELIEVABLE!!!! I really hope to get more opportunities in the future.”

It was a huge honor and a great opportunity to be a part of this amazing film! I got to meet some of the greatest actors and actresses too! #logan #20thcenturyfox #wolverine #marvel

While she prepares for that next opportunity, Emma will continue to focus on martial arts, just like she always has. “I’m still always training for competitions and stunts,” she told us when we asked what’s next for her. “Fingers crossed for more! Can’t wait!.” 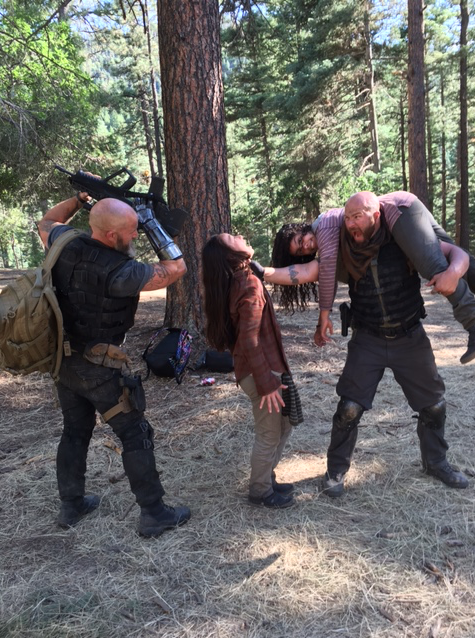 Have you seen Logan yet? What do you think? Let us know in the comments!

And be sure to check out our online store for all of your martial arts needs – just like Emma does! She recommends the ProForce 14 oz. WKF Diamond Kata Gi and AWMA personalized belts.