It is quite interesting that Crouching Tiger, Hidden Dragon: The Green Legend will be released via Netflix on February 8th of 2016. I am sure that some theaters will screen the film on that release date, however it might be a large deterrent for some, being that if you are a Netflix subscriber (which 31.7 million Americans are as of 2014) you might choose to stay in, make some popcorn, and enjoy the second installment of Crouching Tiger, Hidden Dragon the more economically friendly way.
Crouching Tiger, Hidden Dragon – Directed by Ang Lee – has grossed $128,078,872 domestically, was nominated for 10 Oscars, and won 4. You would think that maybe this second film, Directed by Woo-Ping Yuen, starring Donnie Yen and Michelle Yeoh could potentially generate a healthy opening weekend box office gross given the film’s history, and that producers would be willing to sell the film to big time distributer for release. That is not the case. Netflix will be distributing the film to subscribers, and in doing so, might increase their number of scribers, considering that a price of movie ticket is more than a monthly streaming Netflix membership. It is quite remarkable how things have changed and how some companies see the reduced risk in streaming online for a release date of the film instead of the traditional theater release. Lines have been crossed and new methods of distribution have been put into place.
But does that take away from the excitement of going to the theater with your friends and watching a Martial Arts film? Wouldn’t you like to see the action and special effects on the big screen? I wonder what the Shaw Brothers would say about this? 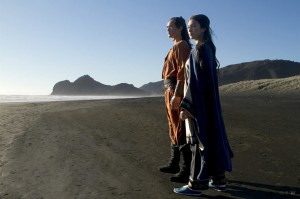