Pride and Prejudice and Zombies Might Be Funny, But It Takes Its Martial Arts Very Seriously 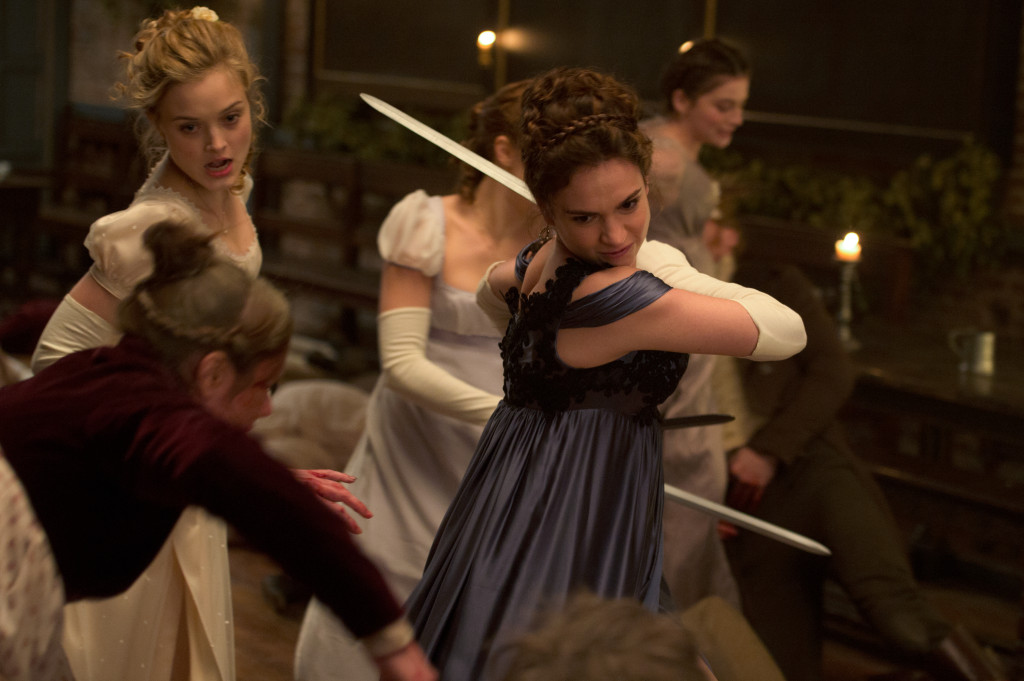 By now, it should be pretty clear that Pride and Prejudice and Zombies, which debuted in theaters last weekend, is a zombie film and an action/comedy – the former is, after all, stated outright in the last word of the title and the latter is implied in its overall cheekiness – but what might not be as clear to the uninitiated is that PPZ is also a martial arts flick.

The martial arts aspect isn’t just a passing joke or whim, either. While a playful mashup of Jane Austen and modern day undead-oriented entertainment isn’t likely the give the Kurosawas or the Shaw Brothers of the world a run for their money in the cinematic combat department, the movie is far from just a half-hearted attempt to throw the occasional cool-looking kick into the fight scenes.

Based on Seth Grahame-Smith’s 2008 parody novel of the same name that mashed up Jane Austen’s classic novel of manners and, well, zombies, Pride and Prejudice and Zombies finds the characters of Pride and Prejudice navigating a post-apocalyptic version of the Regency era which has been overrun by the undead. But not even the threat of annihilation can loosen the stiffness of the British upper lip – nor their attachment to the social mores of the time. The five unmarried Bennet sisters might be Shaolin Monk-trained kung fu fighters in this universe, but their mother still wants them to find suitable (and equally zombie-hunting) suitors when they’re not busy defending their home and lives.

Despite the film’s intentionally absurd premise, director Burr Steers found it quite easy to envision an England that would embrace martial arts. “England was in Asia at this point,” he said in an interview with Collider last month. “You had missionaries going to China and Japan and bringing back tea and gunpowder and all these things that were Asian that became very, very English and the idea that they bring back martial arts as well. It’s one of the weird things in all these estates, you find Chinese and Japanese art from this period in these estates.”

He also extended that semi-realism and attention to detail to the fighting itself. Inspired by the details about martial arts that Grahame-Smith included in the book, and with help from the film’s fight choreographer, Steers was able to give each character their own unique set of physical skills. The wealthier characters, like the beloved Mr. Darcy, trained in Japan, so their fight scenes are laced with judo influences. The Bennets trained in China, and bring a different kind of grace to their combat. And each of the five sisters has her own take on kung fu as well.

“The idea [was] that the action would be character based and would come out of who they were and through the model of the Seven Samurai where they have that first scene, each of their fighting styles established who each character was, that’s the model we’re going with,” Steers told Collider.

While Steers and company were still planning on how to present the five sisters on screen, the women who played them were already working on their own training, both individually and together, and figuring out what moves and weapons worked best for them and their characters.

Suki Waterhouse, who plays Kitty in the film, was particularly primed for her role. The up-and-coming young actress’s father was a karate instructor when she was growing up and she earned a black belt before some puberty-related issues and an unfortunate tournament accident convinced her to retire from training. “[Karate] was good and taught me a lot of discipline,” Waterhouse told the Evening Standard in 2014. “But I stopped when I got disqualified once for hitting a girl in the nose and knocking her unconscious. It was an accident but it was horrible.”

She managed to brush off the rust as well as pick up some new skills for the movie, though. None of her co-stars’ noses were harmed in the process.

Lily James, who stars as Elizabeth Bennet, was not nearly so prepared at first. She knew some basic sword fighting techniques thanks to a role in Wrath of the Titans that ended up on the cutting room floor, but her fitness level was almost nonexistent. “I was really lazy before this film started,” she admitted to Yahoo earlier this month. “I had been filming Downton [Abbey, where she plays Lady Rose Aldridge] and I was just in Downton Land of like biscuits and tea. And no need to exercise.”

She turned to trainer James Farmer for guidance, and he put her on a regimen that would impress any functional training or strongman enthusiast. “He would come around to my flat, and I felt like I was waking up the entire block of apartments. He had me whacking baseball bats against punching bags and working on my coordination, and then I started doing boxing, which was really useful. He even had me pushing his car around the park where I live! The exercises are not only really hard, but they’re also very inventive and fun,” James said in a recent interview with Vogue. 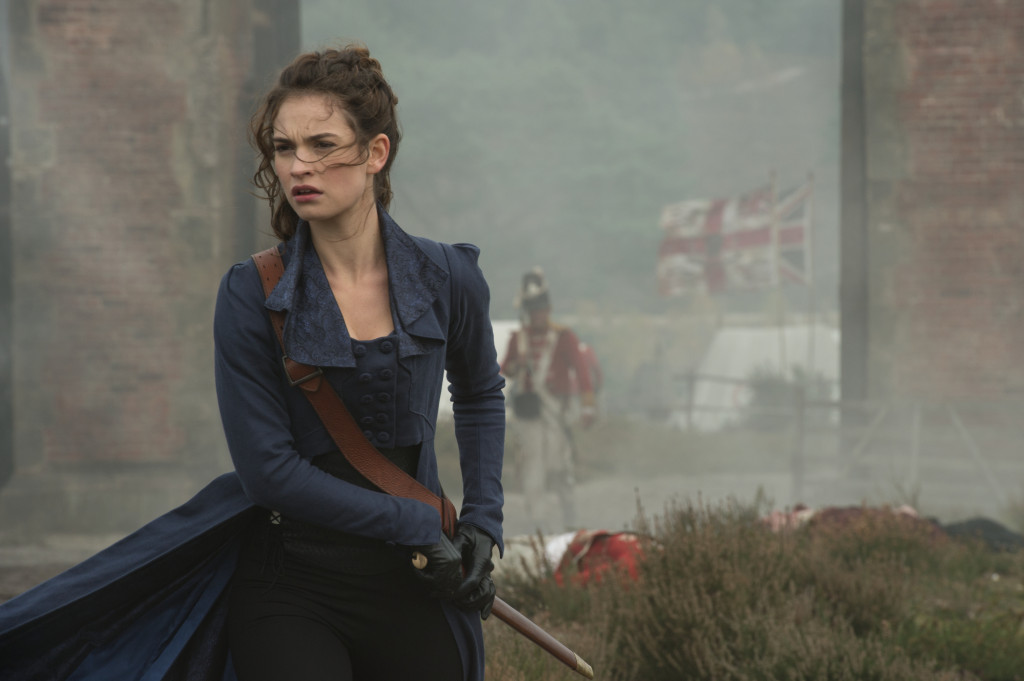 At that point, she teamed up with the four other Bennet actresses and fight coordinator Maurice Lee helped all five of them find and develop their own signature fighting skills “[We] started training together and picking up the weapons and figuring out what our style was, and what weapons we were going to use,” she explained to Yahoo. “It was crazy and fun.”

Director Steers has nothing but praise for his stars, who did much of their own fight choreography in the film. “You’ll see they’re doing their action in it and they love it, and they’re really bada** young actresses,” he gushed to Collider.

And James is thrilled with the end result. “It was great. I loved the fighting. The Bennet sisters were like Spice Girls with swords, and I felt so proud that it was the girls leading the action and on the front line, and the boy [who] were the damsels in distress. To do that in a period drama is so surreal because it just would never have happened.”

Have you seen Pride and Prejudice and Zombies? Do you think it makes a good martial arts film? Let us know in the comments!

fitnessKung FuLily JamesMartial ArtsPride and PrejudicePride and Prejudice and Zombiesshaolin kung fuSuki Waterhouse
« Previous PostHow To Lose Well: The Least Fun (But Most Important) Lesson We'll Ever Learn in Martial Arts Next Post »What We Learned From Two New Viral Karate Videos: Don't Try This at Home