8-Year-Old Girl Fends Off Attacker With Kung Fu, Reminds Us Of The Importance Of Self-Defense In Martial Arts Training 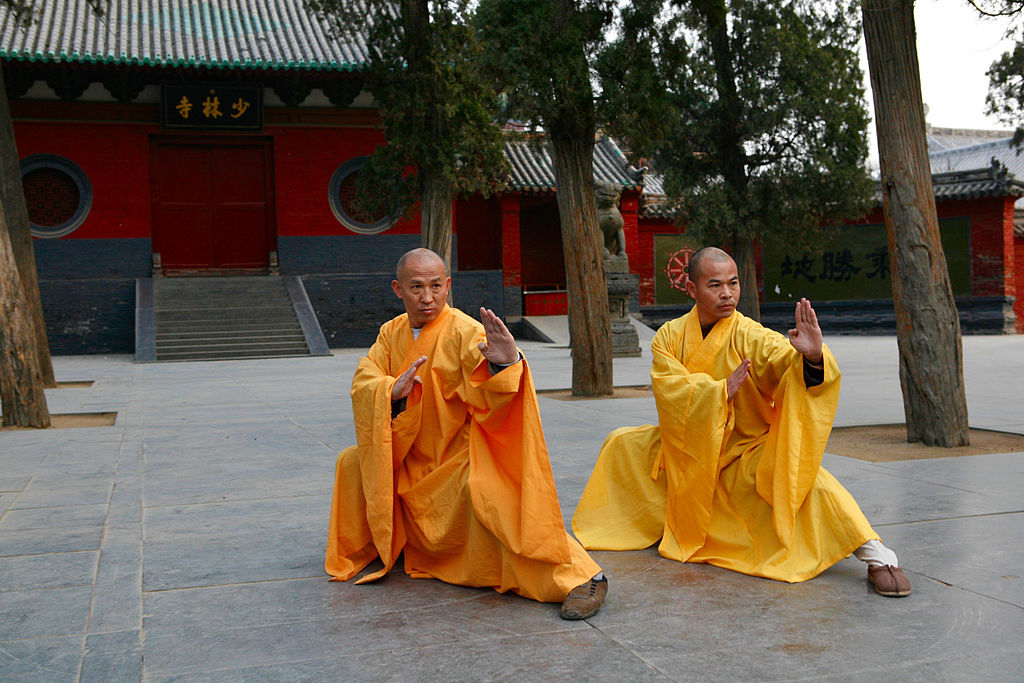 Kung Fu has been receiving a lot of attention this week, but not for any of the reasons that you might expect. There aren’t any flashy new wushu films coming out soon, nor is there any major competition news on the horizon. But the Chinese martial art was involved in something even more important last weekend: it potentially helped save a young girl’s life.

According to reports from The San Diego Union-Tribune and Fox 5, the 8-year-old woke up in the early hours on Sunday morning to discover an unidentified man in the room that she shares with her 6-year-old brother. The man then picked her up and started to carry her down the stairs, but before they could reach the bottom, she used a technique that she’d learned in a Kung Fu class to apply pressure to his throat.

The move was successful. The intruder dropped her immediately, and ran out of the family’s condo unit in El Cajon, California. The girl told police that the man returned to her room again soon after, but bolted immediately when he saw that she was still awake.

In an interview with Fox 5, the girl’s mother, who is still unidentified, didn’t want to brag too much about her girl’s martial arts prowess. When the reporter asked her if she was proud of her daughter, she simply said “I’m relieved that this is the story I get to tell – that she’s in my home, here and safe.”

But she did stress that she was a firm believer in self-defense training, especially after this incident. “This is the proof,” she said of her daughter’s brave protection of herself and her family. “There could be a chance that you might need to [use those techniques].”

She went on to say that her daughter was doing well, a mindset that she also credited to the girl’s training. “She’s scared but she’s also empowered. She’s learned some tools that will last her a lifetime. She’s OK, but she’s going to be safe because we’re going to protect her even more.”

For those of us who live and breathe martial arts, this girl’s harrowing experience isn’t just a human interest story, it’s also a sobering reminder that the martial part of our calling can still be just as important as the art. Our studies can have all sorts of positive impact on our lives, encouraging better focus, self-esteem, fitness, and fun. They can be used for both sport and entertainment. But most martial arts were developed to help people defend themselves and their community, and any good training includes at least some self-defense component.

In a recent interview with Los Angeles TV station Fox 11, UFC welterweight champion Robbie Lawler took a moment to talk about these fundamentals. “Competition is something you have to to want to do. In any sport in life, you just can’t force someone to do it, they’re not going to be good, they’re not going to be excited,” the champ said. “So it’s all about having fun, but martial arts is something that creates a lot of discipline and self-defense and I think that’s where it should start.”

If you’re looking to make that start – or to revisit your own beginnings in martial arts to brush up on some skills – here are a couple of things to keep in mind:

First of all, it’s important to find a style that works well for you as an individual. Many martial arts have some self-defense aspect, but their approaches and focuses can vary.

Famed martial arts expert Joe Lewis illustrates some of these difference in his list of the Top 10 Martial Arts for Self Defense for Blackbelt Magazine, and evaluates the strengths and weaknesses of each discipline. He praises Kyokushinkai Karate, Outlaw Tai Chi, and Chinese Kenpo for their respective strikes and attacks from various angles, but points out that all three have a deficit of moves that can be executed from the ground, which can be an important component when it comes to real life situations. He argues that boxing is great for conditioning, pain tolerance, and defensive moves from the pocket, but also points out that boxers are limited in terms of elbow strikes as well as ground game. Aikijutsu gets credit for its combined use of leverage and throwing opponents off balance. Kickboxing, he says, “can offer the very best of realistic, upright striking skills, hands down.”

As for the grappling-oriented arts, he has the following praise for judo: “Although it was created along the lines of a non-jutsu activity – which means it was designed mainly for exercise and sport – the best bouncers I’ve ever worked with were judo black belts. Because judoka spend most of their time doing tug-of-war-type drills with their partners on the mat, they’re very successful in reality combat, even with their limited striking ability.”

No one martial art can offer a perfectly well-rounded self defense skill set, though, so take some time to consider what will be most beneficial to your needs, your strengths, and your interests.

Once you’ve come to a decision on style, it’s also important to think about the kind and quality of instruction that you’re seeking.

Lewis also touches on this in his Blackbelt article. The main weakness that he finds in kickboxing’s efficacy in this respect is “a lack of attention to self-defense as opposed to sport.” When it comes to Aikijutsu, he warns readers of the “‘consumer’ atmosphere found in some schools today and the lack of effective striking skills when practicing self-defense drills.”

If you’re looking to focus specifically on self-defense and the real world applications of your martial arts skills, make sure to find an instructor who will focus on the practicality and efficacy of techniques, and will also facilitate proper drilling of those moves to make sure that what you learn on the mats will actually work when you need it most.

Of course, we hope that you never have cause to test your skills this way in the world outside of the dojo and competition arena. But if you’re at all concerned about what you would do when faced with a situation like the young Kung Fu practitioner from El Cajon, some new lessons or a refresh of some foundational techniques could go a long way to giving you confidence and peace of mind.