5 Celebrities Who Are Secret Martial Artists 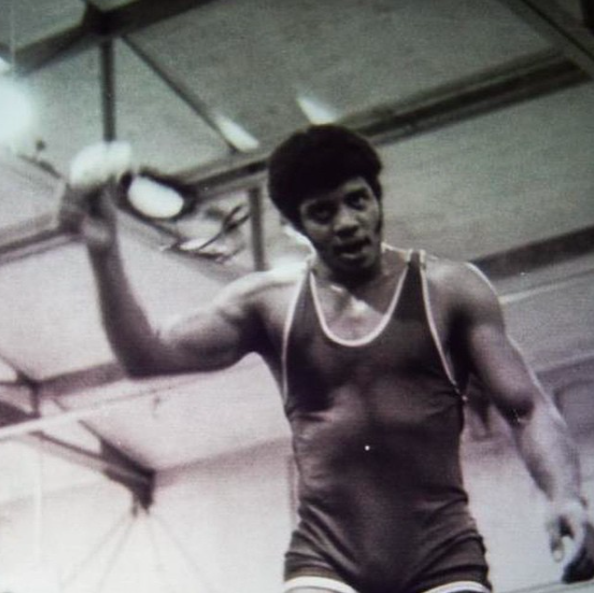 The Great British Bake Off’s Paul Hollywood dropped an interesting tidbit in a recent profile. It turns out that the star of the British television sensation – and beloved PBS import – is a lapsed ninja. When asked to reveal a secret about himself during this interview, Hollywood revealed that he “can use nunchucks pretty deftly,” The Sun reports.

This isn’t the first time that the TV personality and celebrity chef has brought up his history with martial arts. Last year, he told The Daily Mail that he’d taken Kung Fu lessons as a teenager. “I started at 13 because my uncle ran a martial arts club. I was fascinated by Bruce Lee. I got pretty useful on the nunchucks,” he said. But Hollywood did reveal a new development in his new interview on the topic: he’s started practicing with his favorite martial arts weapon again. And it appears to be a work in progress. “I picked them up again recently and I hit my elbow a couple of times and bruised it.”

The idea of anyone involved with the Great British Bakeoff being adept with a pair of nunchucks does seem like a pretty incongruous state of affairs. But Paul Hollywood is far from the only famous person to have a secret or semi-secret background in martial arts. Inspired by this intriguing bit of news, we decided to dedicate this week’s blog to some of the entertainment industry luminaries with the most surprising martial arts backgrounds.

Actress Courteney Cox has made a name for herself by playing loveably neurotic characters on hit shows like Cougar Town and Friends, but in real life, she appears to have a fondness for the calm focus of martial arts training. She took up karate in an effort to keep fit after her daughter was born and quickly took to the discipline, training multiple times a week. As of the most recent reports on the subject, she was well on her way to testing for her black belt.

Cox took up Budokon during this period as well. She then went on to get her Friends co-star and real life friend, Jennifer Aniston, hooked on the martial arts-inspired workout program, too.  “Jennifer Aniston can run circles around Angelina Jolie,”Budokon founder Cameron Shayne told The Telegraph in 2005. “She surprises me with her level of strength. She’s got good arms, good legs, and she’s got a killer body. She’s a real athlete, that girl.”

Legendary country singer Willie Nelson surprised quite a number of people in the music world when he announced that he’d be celebrating his 81st birthday by receiving a fifth-degree black belt in GongKwon Yusul in 2014. This was no honorary black belt or whim on his part, either.  Nelson had been working toward that moment for over two decades.

“It’s just good for you physically. For your lungs. The more you’re breathing, exercising, the better you’re going to feel,” the singer told KVUE of his training. In an interview with the AP, he added “I think martial arts is one of the best exercises you can do. Mentally, spiritually, physically, everything.”

Here’s some footage of Nelson on the mats and waxing philosophical about the importance of martial arts:

Before international fame demanded his full attention, an up and coming musician named Mick Jagger used to pass the time by taking judo lessons at the famed Budokwai Club in London’s Chelsea district. And it seems like the career move from judoka to rock star was a good one for The Rolling Stones singer. His former instructor, George Kerr, didn’t exactly have the most glowing assessment of Jagger’s skills when asked about one of his famous former pupil in a 2013 interview. “I remember his pimply chin,” Kerr told The Scotsman. “He was nice enough, not yet a star, but I don’t know why he wanted to do judo. And I had to let him throw me, of course.”

Oscar-nominated actress Naomi Watts, who can currently be seen on Twin Peaks: The Return, has had a lifelong passion for martial arts. During the early days of her career, when she was still a struggling model and actress, she was also a dedicated judoka. She was so involved in judo that she actually went on to compete in the World Amateur Judo Championships from 1989- 1992. Although her current schedule doesn’t leave quite as much time for training – she’s been working almost non-stop since her breakthrough in 2001’s Mulholland Drive –she hasn’t entirely given up on martial arts. In addition to yoga, and meditation, Brazilian Jiu-Jitsu is a regular part of her wellness routine.

Before he was an internationally famous astrophysicist, author, TV personality, Director of the Harden Planetarium, and all-around genius superhero, Neil deGrasse Tyson was succeeding in a very different field: amateur wrestling. Tyson was even captain of his high school team. In a 2014 interview with FloWrestling, Tyson was quick to attempt to downplay the situation, pointing out that he was captain of the Bronx High School of Science’s wrestling team. “It’s not like being captain of any high school in Iowa,” he laughed.

Still, he was good enough to remain undefeated in his high school career. He went on to wrestle at Harvard as well. While wrestling and science might seem like a strange combination, Tyson disagrees. “To me, a wrestling match is just the laws of physics. Where’s the tipping point? Where’s the center of mass? What are the forces? And that’s how I thought about it.”

While he no longer regularly trains, he still has a few moves. Here’s a short clip of him trading wrestling and BJJ techniques with UFC veteran Matt Serra:

Are you surprised by these stars’ martial arts skills? Do you know of any other secret martial artists? Let us know in the comments!

And check out our online store. We’ve got all of your martial arts training needs covered – we even have nunchucks if you want to train like Paul Hollywood!