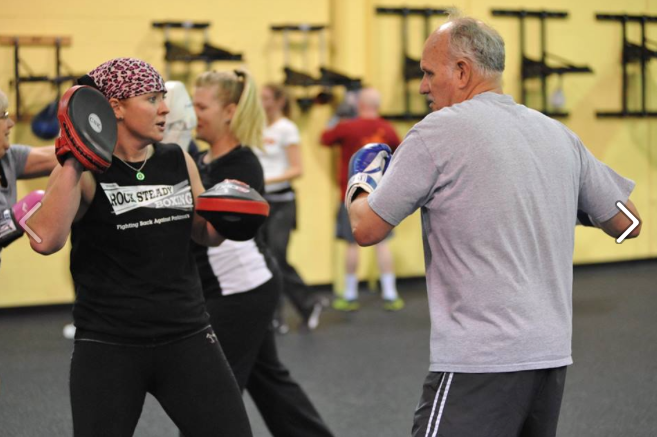 We all know that martial arts can change lives. It can improve your health, your confidence, and your discipline. It has proven abilities to help everyone from at-risk youths looking for a sense of community and focus to adult weekend warriors who want to find a new hobby to keep them fit and entertained. But even if you’re a martial arts fanatic who believes in training’s benefits, there’s still one population taking up the practice that might surprise you right now: people who have Parkinson’s disease.

While using martial arts to help treat and manage the symptoms of long-term degenerative disorder isn’t a brand new idea – researchers at Georgia Tech began studying the possible positive effects of Qi Gong training for people with the condition in 2001 – it’s one that’s been picking up steam over the course of the past decade.

In 2008, the Northwest Parkinson’s Foundation reported that doctors at Massachusetts General Hospital were recommending Tai Chi to their patients. “It’s a condition that causes rigidity in the muscles, as well as some balance issues,” Dr. Nancy Huggins, a nurse practitioner in the hospital’s Parkinson’s clinic, said in the article. Tai Chi, the clinic found, had the potential to help patients relax and loosen those muscles, which, in turn, had the potential to ease their pain and help them heal.”What we’re finding in today’s medical literature is that exercise is key if you’re diagnosed with Parkinson’s. In fact, it’s being put up right next to the medicines,” Huggins added.

Other hospitals and clinics have been offering similar suggestions and classes. The Florida Hospital Rehab & Therapy Center in Orlando even filmed some of their classes and shared them online in 2013. Here’s an example of a similar lesson:

It’s not just gentle martial arts that are helping people with Parkinson’s, though. In fact, the most popular training program involves one of the most vigorous combat sports of all: boxing.

After seeing the effect that high intensity workouts were having on his own health, Scott C. Newman, a former Marion County, Indiana Prosecutor who was diagnosed with early onset Parkinson’s at age 40, founded the Rock Steady Boxing organization in 2006. The non-profit organization, which “gives people with Parkinson’s disease hope by improving their quality of life through a non-contact boxing-based curriculum,” now runs 320 programs around the world (click here to find a class near you) and is still growing. The New London Day reported on a new gym offering the program in Connecticut just last month.

“In our gym, exercises are largely adapted from boxing drills,” the official Rock Steady Boxing site explains. “Boxers condition for optimal agility, speed, muscular endurance, accuracy, hand-eye coordination, footwork and overall strength to defend against and overcome opponents. At RSB, Parkinson’s disease is the opponent. Exercises vary in purpose and form but share one common trait: they are rigorous and intended to extend the perceived capabilities of the participant.”

Dr. Stephanie Combs-Miller, the Director of Research for the Krannert School of Physical Therapy, University of Indianapolis, observed some remarkable results when she studied the program. “We studied people over a two year period who participated in boxing and we didn’t see any progression of the disease in the people that boxed,” she told CBS News. “In fact, in some cases they were better… it enhances the uptake of the dopamine in the brain. It can improve growth of neurons.”

Last year, Combs-Miller expanded on her observations for the CBC: “It was so different than anything I’d ever seen before. They maintained a higher walking speed. They had better endurance, better balance, and I think the most surprising thing to me was they perceived a higher quality of life over that two-year period of time than people that engaged in other kinds of exercise.”

Beyond the scientific studies, there’s also a lot of anecdotal evidence that the boxing classes help provide the sense of community and accomplishment that martial arts enthusiasts have long loved about a good training program.

“Morale, however, plays a huge role, too, as does the opportunity for social interaction. The gym, with upbeat music playing and energetic coaches encouraging every boxer, regardless of skill level, builds confidence and motivates people who could easily slide into depression and isolation, common problems,” Havard Gould of CBC News wrote in March 2016.

According to program director Joyce Johnson, “at least 50 per cent of the success of Rock Steady is the camaraderie that’s built in the gym. Everybody is fighting back against the same opponent, Parkinson’s disease,” she told the CBC.

The classes can also be a source of inspiration for its participants. As Linda Porter, a Rock Steady student, told the CBC, she lost all hope when she was diagnosed with Parkinson’s at the age of 70. Boxing helped to give her something to look forward to and work toward. “You can’t stop it entirely, but I think this will make a big difference. It just totally takes away your fear of having Parkinson’s disease. I don’t fear it at all anymore. I don’t like it, but I don’t fear it.”

How does your martial arts training help you maintain your health? Let us know in the comments!

And check out online store for all of your boxing needs!