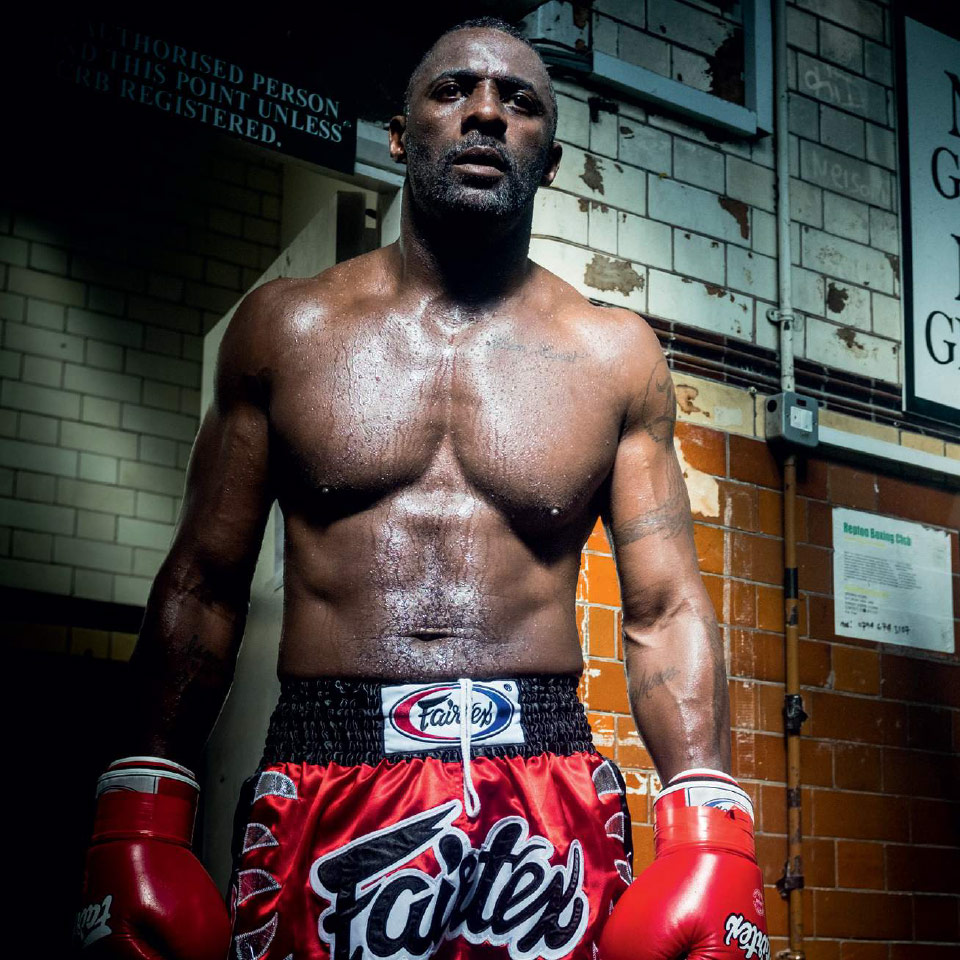 While a large portion of his fans were dreaming of him becoming the next James Bond, Idris Elba had a very different challenge in mind for himself: the actor and musician  wanted to add “professional kickboxer” to his resume.

We can now watch his year-long journey from untalented amateur to his first professional fight in his brand new show, Idris Elba: Fighter. The three-part documentary series, which takes the star of Luther and The Wire to training camps in Japan, Cuba, and Thailand, among other places, premiered on Discovery UK on January 17. A U.S. airdate for the program is still pending.

Elba first announced the project last summer, saying “It has been a lifelong ambition of mine to fight professionally. Entering the ring to further test myself as a human being is a challenge I have been looking to take on for quite some time.”

At the time, his foray into the world of professional combat was met with some suspicion. Many martial arts faithful were concerned that Elba was just a spoiled actor who was taking the easy way into the sport, and that his quest was disrespectful to the real fighters who have dedicated their lives, their bodies, and their souls to training and competing. No one was convinced that he’d be any good at it, either, given that what little footage of his kickboxing skills that existed at that point was far from promising.

Even those closest to the star were somewhat dubious about his fighting dreams. When he first told Warren Brown about his plan, his friend and former Luther costar thought it was downright ridiculous. At least at first.

“We’d always talked about fighting,” the actor and former kickboxing champ told The Radio Times last week. “We would often go and watch fights and I knew he had an interest and we’d trained a little bit – not to any serious extent. So when he first mentioned that he wanted to have a fight, I thought he was mental. After that initial shock subsided and we saw he was serious about this it was like ‘OK, brilliant.’”

Warren then put him in touch with his friend Kieran Keddle, the Head Coach of Double K Muay Thai gym in London.

From their very first meeting, Keddle, who has trained multiple world champions, made it clear that he was only willing to work with Elba if the star was willing to put in the work.”I went to the table and basically demanded that if he was going to train, he was going to have to do certain training systems and he’s got to listen to me as much as possible in terms of the time that we get,” Keddle told me when I interviewed him for Fightland last September.

Two weeks left. For my Chuuus.

For Keddle, who has been involved in kickboxing since childhood, it was important that any show he was involved in took the martial arts as seriously as he did. “Originally, [kickboxing] was a hobby for me and it turned into my business and it turned into my life. It is my life. So I wouldn’t take on the project unless all parties were serious involved. And even down to the camera crew and production crew, they are very serious with me, as well, and they take me very seriously. Which is very important. And they know what I’ve got to give and they know that my background is serious and that I’ve got a high work ethic and I’ve created champions in the past. It’s nothing egotistical, it’s just little facts that I’m trying to give you. So they knew that I was the right man for the job,” he told Fightland. “If it was a bit of a Muppet show, there would be no point in me being involved, because it would have looked bad for me. It would have looked bad for kickboxing and Muay Thai and, to be honest with you, it basically would have made the whole thing—and me—into a joke.”

If the eight minute preview that Discovery UK recently released is any indications, Keddle – and Elba’s – efforts to make a serious show that respects the kickboxing art have paid off. In it, we see the aspiring fighter face everything from the shock of your first sparring session to concerns about injuries tp the realities of fighting in your forties to the need to develop pain tolerance. (Viewer warning: Elba tends to express his concerns with all of the above through foul language.)

“I really wanted to make this show real. Not just for the average spectator for Discovery Channel, but I want fighters to watch the show and go ‘You know what? He’s training properly. He’s putting in the hours. He’s sparring properly, and no one’s holding back on him,'” Keddle told Fightland. “They’re going for him in sparring, trust me. And he’s getting injuries along the way from sparring and all of the little things and twists and bruises and cuts that all fighters get along the journey. Yes, of course, he’s an actor and yes he’s going to get more attention to him because of his name. But for fighters who will watch the show, I believe they will get behind him and relate to a lot of the things that he’s going to do.”

Are you excited to see Idris Elba in action? Do you think it’s possible to become a professional kick boxer in just one year? Let us know in the comments!

And be sure to visit our online store for all your own kickboxing needs!