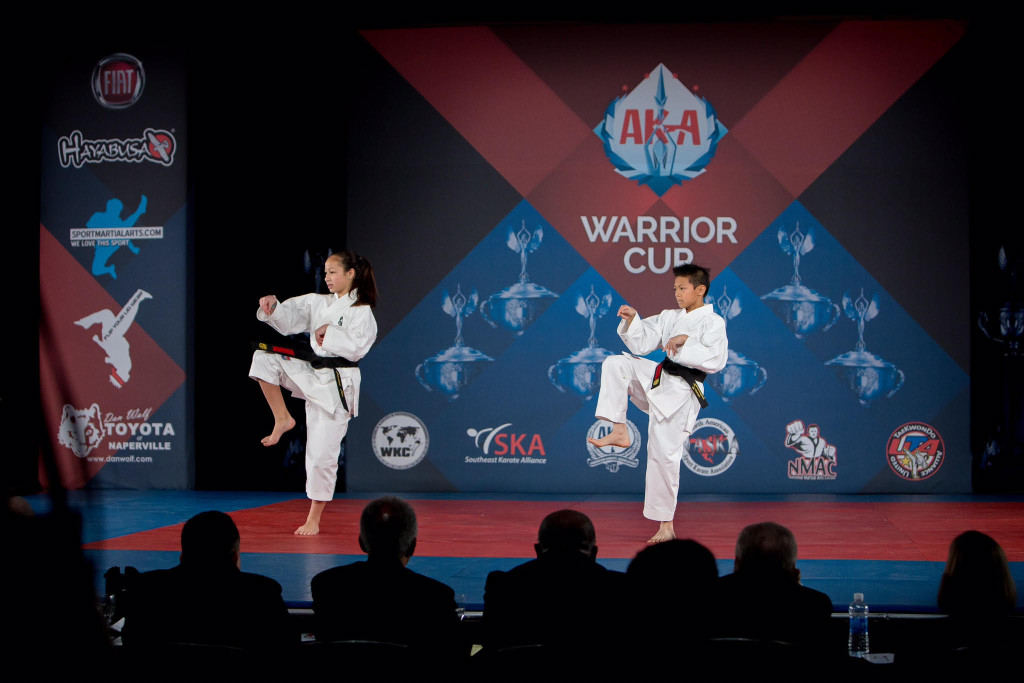 Kieran Tamondong and Emma Teo compete at the AKA Warrior Cup, 2016

The 2016 AKA Warrior Cup, the first major tournament of the circuit season, took place on January 15 and 16 and we have some exciting news to report: AWMA and ProForce sponsored athletes Kieran Tamondong and Emma Teo took home the trophy for Team Sync Forms and Weapons Overall!

Check out this video of their big win:

Kieran and Emma, both 13, have been training and competing individually for most of their young lives, but this is only the second competition they’ve done together. They were also significantly younger and less outwardly flashy than their competition. Team Sync is a category mostly populated by adults who perform extreme martial arts routines, so it’s particularly impressive and exciting to see such a young new team doing so well with traditional forms.

To celebrate this victory, we caught up with the pair to ask to them about their martial arts careers, their tournament prep, and their advice for the next generation of competitive martial artists.

In our first of two blog posts this week, we talked actor, black belt, and 17 time World Champion Kieran Tamondong. 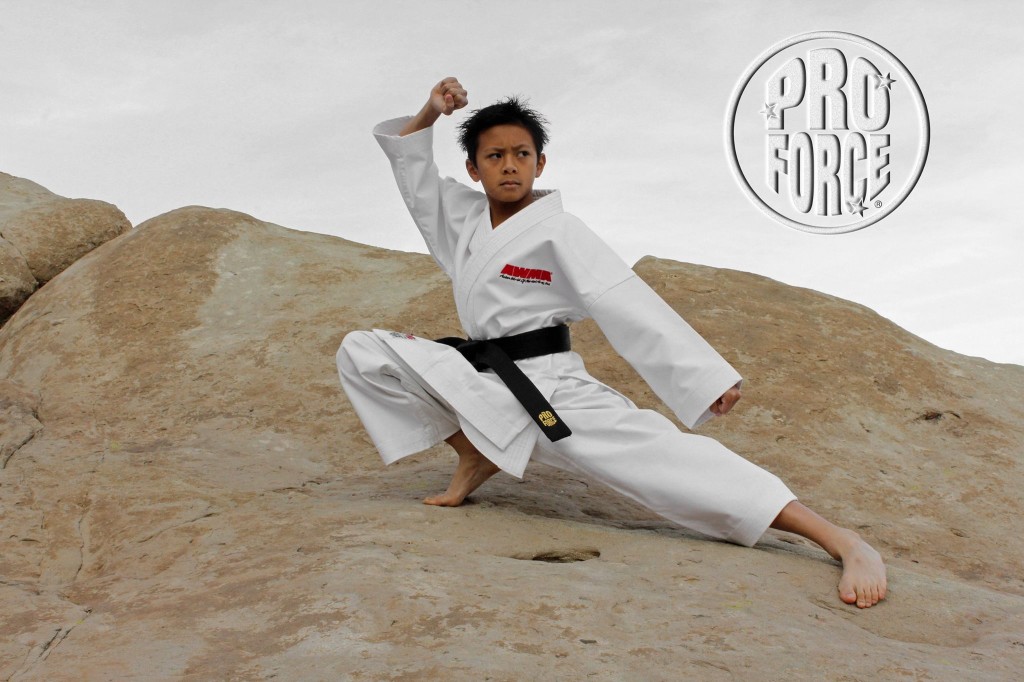 When Kieran was five years old, he started taking karate lessons at Rising Sun Karate in Stevenson Ranch, California. He still trains there and was awarded his black belt early last year. “For some reason, I just felt like this is the one sport that I really wanted to do,” he says of his initial interest in martial arts. “And this actually really helped me with respect, manners, discipline. That kind of separates from other sports. It’s just amazing, and I just thought this is the perfect one for me to start doing.”

He participated in his first tournament just a couple of years into his training. “I was about six or seven. My sensei asked me if I wanted to start competing at tournaments. My very first tournament, I remember, I got a few firsts, I think I got one second, but the experience of actually going against other people was just so much fun. I thought ‘This is something that I want to keep doing!’ So I went to more tournaments and, more and more, I felt a lot better. I feel like I improved a lot by competing.And once I started progressing with my [local] tournaments, we start going nationally.”

Kieran competes on both the traditional karate tournament and NASKA (North American Sport Karate Association) circuits. He also makes appearances at a number of local tournaments on the west coast, to give back to the people who helped him get his start as a competitor.

“Usually we go to local tournaments to support the promoters because those are the tournaments where he actually developed his martial arts skills when he was 7,8,9 years old,” says Kieran’s dad, Patrick. “It’s also good because the other kids can see him and use him as an inspiration. They see all of his videos and the places he’s been, and Kieran helps to tell them that as long as they train hard and they continue following their plan, if that’s what the want and that’s their goal, they can be like him.”

To help him keep track of his schoolwork and training – which ranges from one to four hours per day, and includes katas, weapons training, and strength and conditioning– Kieran keeps a detailed log of his goals for each day. He says that the log has made a huge difference in helping him manage his time and recommends it to anyone struggling to balance work and martial arts. “Sometimes I didn’t know if I should be doing homework or if I should be training, but now that I keep a log and keep track, it’s been a lot easier to stay on track for all of my events that are coming up.”

Teaming Up With Emma

Kieran and Emma met a tournament in 2010 when the two black belts were still competing at the under belt level, and they’ve been friends ever since. While they were preparing for individual competition as part of Team USA last fall, Kieran’s dad suggested that the two work together on a traditional form with music for the Team Sync category.

With Kieran in California and Emma in Illinois, the pair had to rely on the internet to train together.”We use Skype or FaceTime to work on what we need to fix: technique, speed, power, all of those different things. Sometimes it’s difficult, but we try to make the most out of it, and once we actually get to the tournament, that’s when we can really work together,” he says. “It’s a lot of fun working with her. This is something that we’ve never done before.”

So far, it’s proving to be a winning combination. The pair picked up a gold for their first ever team effort at the Unified World Championships in Benidorm, Spain last October, and now they’re the Team Synch Forms and Weapons Overall champs at the 2016 AKA Warrior Cup!

When asked what he was going through his mind while competing in a post-win interview at the AKA Warrior Cup, Kieran said “I was just thinking whatever happens happens. We’ll all still be friends.”

That’s the kind of  positive attitude that has been a fundamental part of his success as a competitive athlete. “I try to keep that because if I go there thinking ‘What if I don’t win? What if I don’t win?’ then chances are I might not win because I don’t believe in myself. So I just have fun, do my best, throw out a hundred percent when I compete. Even if I don’t win, I know I tried my best. It just shows that maybe I should have trainer harder, or the other person had a better day than me. Since we all grow, there’s no such thing as a hundred percent. So as long as we keep training, eventually you just might get your first place, or you’ll progress and you’ll be a lot more successful in whatever event is next for you.”

Kieran thinks it’s important that young martial artists are both grateful and ready for the opportunities that they’ll face in life and training. “I know how hard it is when you start training and you want to do something that you really want to do, but what I want to say is, whatever you have, what your parents do for you, what you can do to make yourself better. Don’t take it for granted because it might just happen only once. Once that time has passed, it may just be gone forever. If you have a sensei to work with… some people don’t even have senseis to work with. they have to learn off YouTube, off videos. So if you have people to help you, and even your parents, have them help you to make yourself even better at what you love. “