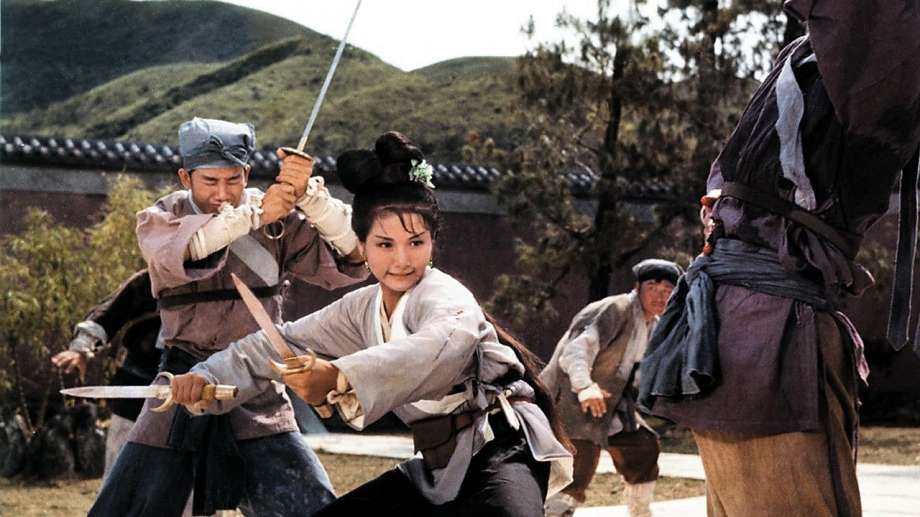 Cheng Pei-Pei in Come Drink With Me
Source: CAAMFest

CAAMFest, the annual celebration of Asian American film, music, and food that takes place in San Francisco and Oakland each May, is about to wrap up its 2018 edition. Among the many highlights this year was a very special guest that got us here at the AWMA blog particularly excited: groundbreaking martial arts star Cheng Pei-pei.

The 72-year-old actress was this year’s CAAMFest Spotlight honoree, and appeared at a special talk and dinner on Monday, May 14. Two of her most iconic films, as well as her brand new feature, also screened as part of the festivities.

Speaking to the San Francisco Chronicle earlier this month, Cheng said that it was the first award of this type that she’s received over the course of her career. “I was so surprised,” she told the paper. “I am so honored. It is my honor to come to San Francisco.”

Given the significance — and the all-around awesomeness — of her 50+ plus year career, it’s an honor that is well deserved and long overdue. Cheng was a member of the first generation of stars who rose to prominence thanks to their work with the famous Shaw Brothers and is the first female star of martial arts films. It’s her breakthrough performances in Come Drink With Me (1966) and its 1968 sequel, Golden Swallow, that paved the way for the action heroines like Michelle Yeoh and Zhang Ziyi that we know and love today.

Come Drink With Me director King Hu’s decision to cast Cheng as the lead in his action epic was an unexpected development for the young star, as she had no formal martial arts training. With her dance background and her limitless enthusiasm for new challenges, though, she quickly transformed into a force to be reckoned with on and off screen.

“I was very surprised that I was doing martial arts because I was a dancer, which is quite different,” she told the University of Southern California in 2010. “Because I was a dancer, King Hu thought I could do martial arts. I didn’t know if I could do it or not, but I don’t succumb to adversity. I wanted to beat all the boys. If boys could do it, I could too. Maybe that’s a reason I pushed myself to do it. I remember the girls would hurt themselves when they practiced. Hsing Hui hurt her nose when Chin Han hit her. She said she wouldn’t do it anymore to protect her pretty nose. I didn’t care, and that’s another reason I was able to do martial arts movies. It was a success. It was a hit.”

Despite her groundbreaking turn in Come Drink With Me, Cheng remains humble about her contributions to the film and to martial arts history.

“I was very young at that time. I just listened,” she went on to say. “I’m good at listening. I was very obedient. Whatever he said, I did. Because I did ballet, I could move however he wanted. He told me how to use my energy, because energy works differently in martial arts and in dance. He helped me a lot, though I think that this chance was given to me a little too early. If it had been later on, I would have been a better actor. When I watch Come Drink with Me, I only see King Hu, I don’t see myself. I only see the directions he gave to me. He was very short, and I’m very tall because I have long legs. He was always trying to get me to bend my legs lower. He would tell me to get as low as he could. He hated that I had long legs. He wanted my costumes to cover my legs. He said that long legs don’t show power.”

Incidentally, this wasn’t the only time that Cheng’s inseam caused issues on set. The length of her legs was also a factor in the worst injury of her career, which involved a fall from a second storey window. “The martial arts choreographer, [who was shorter than me,] didn’t account for my height. So when I jumped out the window I clipped the window, kicked myself in the head and passed out as I hit the ground. I came to and asked, ‘Did we get the shot?’ When they told me we did, I passed out again,” she told Time Out Hong Kong in 2015.

But she took the whole thing in stride. “Not many things bother me,” she added.

Although she did spend a few years out of the spotlight raising a family, Cheng has been starring in martial arts films — as well as dramas, comedies, and musicals — ever since. At 54, she played Jade Fox, the villain in Ang Lee’s Oscar-winning Crouching Tiger, Hidden Dragon. The physical aspect of the role wasn’t that difficult, as far as she was concerned. “It’s really not that hard if you have a strong dance foundation,” she explained to Time Out.

It did, however, bring a new challenge to her career: being the bad guy. In the end, though, playing Jade Fox — and playing her so well — has only made Cheng more beloved in the real world. “Before ‘Crouching Tiger, Hidden Dragon,’ Chinese directors never thought I could do the bad guy. I’m too nice! Now I have a lot of young fans. Now every generation in a family is my friend. Not only do the grandmothers love me, but the granddaughters too!”

The only thing that’s changed about her martial arts practice over the years is her tools. “Swords are definitely my weapon of choice,” Cheng admitted to Time Out. “You can be more agile with it, unlike a staff. As I got older I would fight more with a staff, since it looked more appropriate for my age, but I found it be awfully cumbersome.”

Even now, in her seventies, Cheng remains active in films. Although the “stunt” work in her latest film, Mina Shum’s delightful dramedy Meditation Park, is a little different from the kind that she’s usually known for. Cheng might be able to wield a sword — or at least a staff — like a warrior. But she didn’t know how to ride a bike.

“They didn’t believe me,” Cheng told the San Francisco Chronicle about the crew’s reaction to her revelation. “They said everyone in China knows how to ride a bike. I said I’m not from China, I’m from Hong Kong, no need to ride a bike!”

Are you a Cheng Pei-pei fan? Are you excited about her new honor? Let us know in the comments!

And check out our online store. We’ve got the swords, staffs and any other martial arts supplies you might need to keep your own martial arts legacy going well into your seventies!