What Martial Arts Weapons Are Used In Competition? 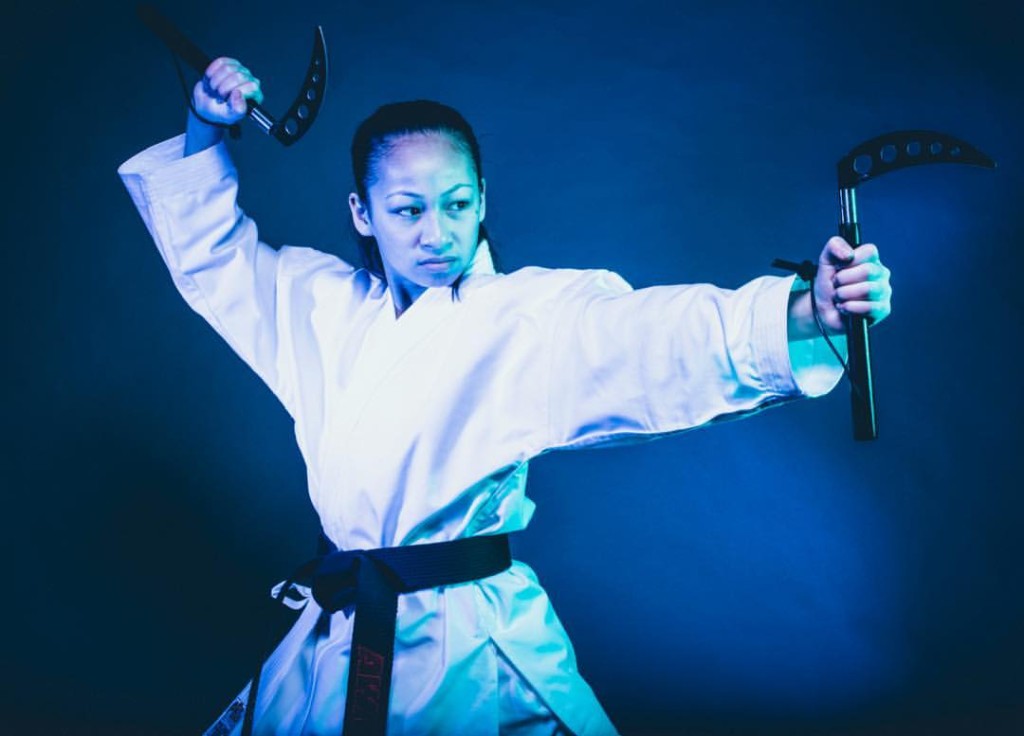 Karate might mean “open hand,” but martial arts weapons can play an important role in your practice. In training, they can be used tofor fun in your dojo, to help with a specific stunt role that you might be training for, or to help improve your skills overall. “Okinawan karate and weapons are like brother and sister,” karate and kobudo (Okinawan weapons) expert Tadashi Yamashita told Black Belt Magazine in 1988. “They complement each other.”

Martial arts weapons aren’t just for hobby or practice purposes, though. In some cases, they can also be used in competition. “Kobudo (weapons) competition works very much like kata competition,” Randall G. Hassell and Edmond Otis write in The Complete Idiot’s Guide to Karate. “You can do weapons katas using the following weapons: bo (the staff), tonfa (the rice grinder- must be used in pairs), eku (the oar), nunchaku (the wooden flail), and the sai (the short trident- must be used in pairs).”

Different tournaments can have different rules and a different range of weapons that are welcomed in competition, so it’s best to check with a specific tournament or organization before you select your perfect weapon and start training. But here’s a general overview of the most common martial arts weapons that are used for competitive purposes, and some of the most popular options for each.

Perhaps the most popular and recognizable martial arts weapon in practice, competition, and even popular culture (Teenage Mutant Ninja Turtles, Dragon Ball Z, Star Wars, and The Walking Dead all boast characters who have mastered the weapon), the bo is a long staff which can be used for thrusting, swinging, and striking. It was used in Okinawa and feudal Japan and is currently used in a number of martial arts, including bojutsu (the art of using the bo) and karate. In more traditional karate competition, like WKF tournaments, a traditional wooden bo can be used in competition. For extreme weapons and musical weapons categories in tournaments run by organizations like NASKA and ISKA, competitors can express themselves with a wide range of colorful bos from brands like ProForce and G-Force. Some students who have mastered the bo also choose to work with the eku, a long, oar-shaped martial arts weapon.

The kama is shaped like a scythe because it originated as a farming tool that was used to cut grass and sugar cane. When their actual weapons were confiscated during the Shogunate era, though, the underclass of Okinawa began to adapt its use for combat, and it became known as a poor man’s weapon. Today, the kama is used in pairs for competition and practice and comes in a variety of colors and materials, from wood handles with holographic covers and steel blades for competition to foam and rubber versions for beginners and demonstration purposes.

The tonfa is a martial arts weapon with possible roots in China, Thailand, Indonesia, and Okinawa (its exact origin is a point of some debate for historians) that consists of 15-20 inch stick that has a perpendicular handle attached a third of the way down its length. It is used and sold in pairs and is traditionally made of wood, although foam-covered options are available for beginners. Tonfas can be used both for defensive purposes and for striking attacks. Despite their simple-looking structure, they have the power to help a well-trained martial artist neutralize and take down an opponent. 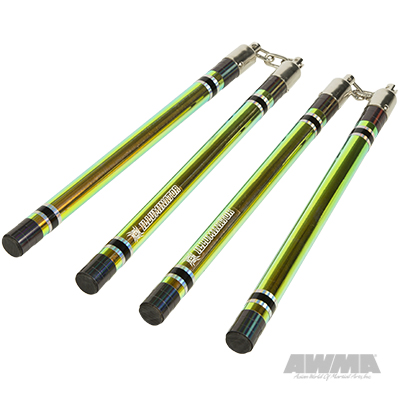 Nunchaku, or nunchucks are a martial arts weapon that consists of two wooden sticks attached by a piece or chain or rope. Although its origin is up for some debate, some historians believe that it was another makeshift weapon that was developed by the Okinawan people, much like the kama was. While it is not the most effective tool is pure combat situations, it is an excellent training aid for martial artists looking to improve their posture and develop faster hand movement. It’s also a popular martial arts weapon in competitions. Nunchaku are available in a wide variety of materials, colors, and styles, depending on your needs as a martial artist, ranging from practice foam nunchaku for beginners to bright sets for tournaments and even the popular G-Force Illuminator, for demonstrations.

Although the sai has many origins, ranging from Okinawa to Indonesia, and many different variations in shape, the martial arts weapon’s most common form is a three prongs (one straight long prong in the middle, and two shorter, curved prongs on each side) projecting from a handle. Today, the sai, which is usually sold in pairs, can be used as a training and demonstration tool as well as a competition weapon. According to some martial arts experts, it also has some potential to be used in real life combat as “an unconventional weapon used for self-defense.”