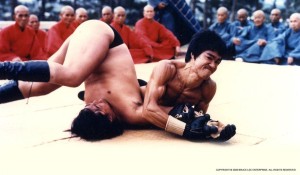 Bruce Lee is mostly remembered for his movies. That image of him fighting Mr. Han in the hall of mirrors is ingrained in our minds almost as much as Che Guevara wearing his beret. Maybe more.  With such a gigantic screen persona, it’s easy to forget some of his other achievements, especially in the world of combat sports.

In order to understand what Bruce did perhaps we have to go back a little bit in time. When the feudal period was over in countries like Japan and China, a lot of their martial traditions were in danger of being lost. This had happened in Europe already. Once firearms came in, schools of fencing began to disappear. Asian martial artist started a transformation that would change the martial arts forever. Styles of fighting, in combination with Zen philosophy, were transformed into methods of self development. Some of the more dangerous techniques were eliminated, standardization of forms and drills were adapted and something originally meant for fighting in battle became an art for self betterment. Remember, odds were the practitioner would never have to kill anybody in a battlefield.

This is the way in which martial arts were taught for decades. Different styles emerged and became delineated. Teachers like Gichin Funakoshi and Jigoro Kano standardized forms and developed a belt ranking system. 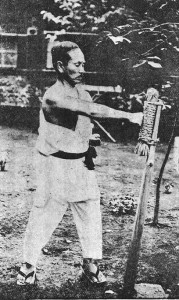 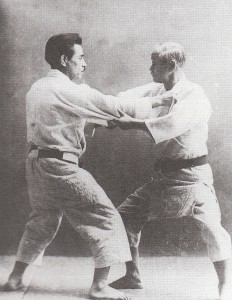 This was a great advancement in the teaching of the arts and led to the appearance of hundreds of schools, all with their distinctive techniques and methods.

Now let’s fast forward to the late 60’s. Bruce Lee is teaching in his school in Oakland and gets involved in the now infamous Wong Jack Man fight. Some say the fight occurred because the traditional masters didn’t want Bruce to teach Kung Fu to foreigners. Others say that it was just a friendly sparring session. We may never find out the real reasons for it. But when it was over, Lee recognized that by using his traditional Wing Chun technique the fight took too long and he wasn’t as effective as he wanted to be.

This incident started a revolution in the way Lee practiced. He began incorporating techniques from other martial arts, a big no-no in traditional practice, and using methods of conditioning common to sports training. His idea was to create a stronger, better prepared fighter, and to use techniques that were effective no matter their origin. Bruce saw the martial artist as an athlete and started training as such. The results were explosive.

In essence, he reinvented the wheel. He went back to the principles of martial arts as they had been taught for battlefield use. Back then, all that mattered was the effectiveness of the technique as it could be applied for combat.  Bruce emphasized relaxed and economical body movements, variety of techniques and combat conditioning. 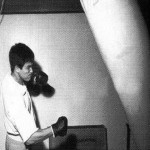 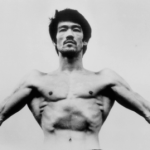 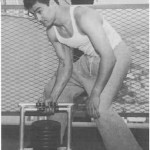 This USE-WHAT’S-USEFUL philosophy still prevails in martial arts training today. Sports like MMA owe a lot to Bruce’s legacy. In an arena where fighting is the norm, anything that doesn’t produce results, dies a quick death. The most complete fighters in MMA combine from several arts to create their own style. And the ones who can mix-and-match with greater accuracy and effectiveness seem to be the most successful.

“Nothing bothers an adversary more than variety in both attack and defense.”

That’s from Bruce’s book The Tao of Jeet Kune Do. 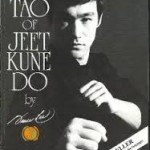 Fighters like the UFC light heavyweight champion Jon Jones make use of this principle to devastating results. Jones will use whatever works, often mesmerizing opponents who have no idea where the next strike will come from.

One of Bruce’s favorite techniques was the lead leg side kick. I’ve seen Jon Jones use it many times. It’s an unorthodox kick for MMA but highly effective for that very reason. 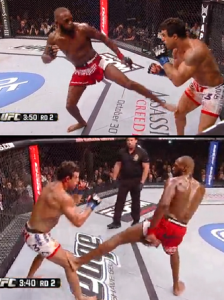 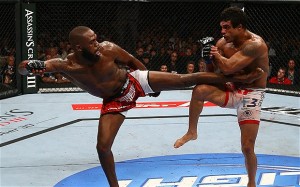 Here’s another quote from The Tao of Jeet Kune Do:  In combat, the side Kick is best utilized by directing it downward. Develop in the side kick a sense of “delicate ease.” 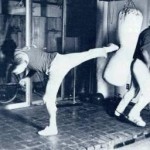 Bruce Lee’s combat sports revolution has been the inspiration for millions of martial artist worldwide. By applying his principles you not only keep his spirit alive, but you may find yourself becoming a much better martial artist. Just another way of you becoming legend.

*What’s your most effective technique? Visit our FACEBOOK PAGE and let us know. Put a picture up. We want to see. And remember…YOU ARE LEGEND!