Power Training: How The Cast Of The Power Rangers Movie Got In Mighty Morphin Shape 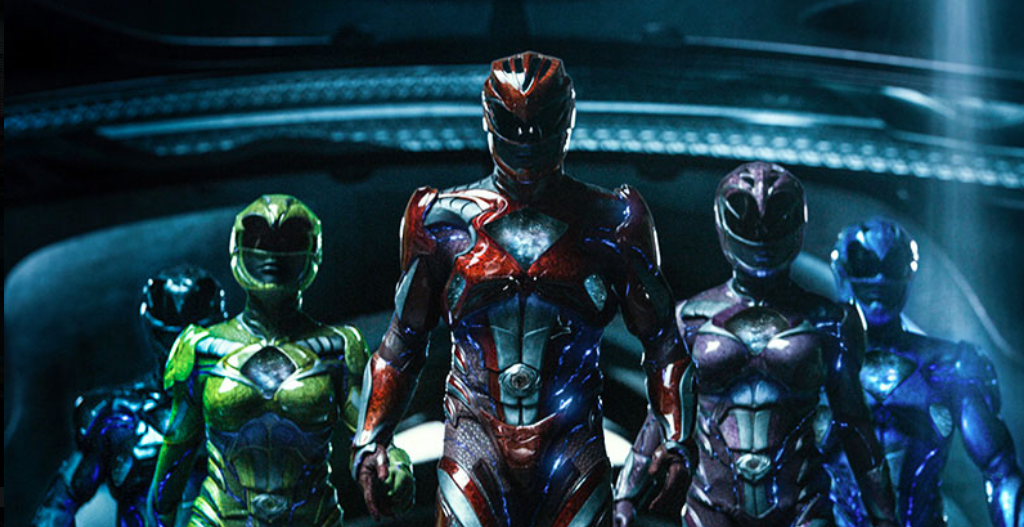 Like any martial arts lover who spent any time at all watching television in the ‘90s, we here at the AWMA Blog like to keep an eye on what’s going on in the Mighty Morphin Power Rangers universe. We keep up to date on the latest news about the feature film reboot of the franchise. We geek out about the film’s costume design. And we get really, really excited when one of our own AWMA sponsored athletes stars in a commercial for a new line of toys from the Saban franchise.

So this is a big weekend for us. After months and months of anticipation and speculation, the brand new Power Rangers movie finally premieres in theaters across the globe this weekend. And we’re going to celebrate in truly AWMA Blog style: by taking a look at what the film’s stars had to say about the martial arts and physical fitness training that went into preparing for their roles.

Shortly after being cast as the Yellow Ranger, pop singer Becky G told Wonderwall that she didn’t get know what kind of training or martial arts lessons would be involved in the job, but she had high hopes and a willingness to learn. “The idea of doing your own stunts in a movie is cool, so hopefully I get to do that,” she said. “But honestly, it’s still so new. I think we’re all kind of figuring it out right now.”

Shortly after that, Becky started to settle into a routine with the rest of her fellow Rangers, working out together at the gym in true team-building fashion. They also spent a lot of time working on choreography with the stunt team – just like she’d hoped.

When she wasn’t working with the rest of her fellow Rangers, Becky G also spent some time working on weapons training. She shared a brief clip of her practice on her Instagram account.

RJ Cyler enjoyed the group time at the gym, although the actor recently admitted to Teen Vogue that working out with his co-star Ludi Lin, who plays the Black Ranger, was both intimidating and inspiring. “Ludi’s warm-up weight is my max weight. I’m just like ‘Dang it, I’ll get there some day, Ludi.’”

But the new Blur Ranger saved his highest praise for the film’s stunt team.”It was a lot of fight choreography with our stunt team,” he says of his training for the role. “They were really amazing, as everyone knows. That was kind of my favorite part of the day, just being able to be creative with a new thing. I never did stunts before because I never needed to. But just to learn that viewpoint of the acting industry, and how it looks in film and how it works. Everybody just thinks that “Oh, yeah, it’s cool. You can just jump through a wall and you’ll look cool.” No, it takes a lot of planning and stuff to do the smallest things. That training process was really mental and really physical.”

Ranger nation get ready for one crazy time!!!! Billy C checking in (blue ranger) ITS ABOUT TO GO DOWN “Kevin Hart” face ⚡️⚡️⚡️⚡️⚡️#rangernation #RJCYLER #nuggetnation #blueranger #blue A post shared by Ronald Cyler (@rj_cyler) on Feb 4, 2016 at 11:57am PST

Disney star-turned Pink Ranger Naomi Scott found the workouts intense but rewarding. “We had three weeks training before we started filming and there were muscles that I didn’t even realize I had that would ache,” she told Contact Music.  “It was like a crash course, and our stunt doubles are just incredible; some of the things that they have to do, you’re just like, ‘You are just amazing!’ And they’re not just there to be our stunt doubles, they’re there to keep us safe, they’re there to teach us choreography.”

Learning and replicating that choreography was Naomi’s favorite part. “I think what we really enjoyed specifically was when we had to do a whole fight sequence. It’s almost like a dance, it’s like a 2-3 minute dance.”

While he plays a lifelong jock in the film, actor Dacre Montgomery was a later bloomer than his on screen Red Ranger counterpart. “I also found my fitness and my love of sport later on, after high school finished,” Dacre told Teen Vogue about finding health and martial arts in adulthood. “So that was a really nice discovery: discovering the gym, and then discovering yoga, and then boxing, and martial arts. I learned about eating differently. It’s really been such a valuable learning experience.”

As evidenced by the workout footage he shared on his Instagram account while preparing for the film, Dacre has come a long way from his sports-free adolescence.

Last training session today! Massive shoutout and a huge thank you to the guys down @waimaclub Phil, Andrew and Graham. It’s been an incredible journey and I’ve come so far in the last few months and still have so much to learn and space to grow. I feel honoured to have been trained by you guys, such an inspiration! Time to get cracking #redranger

Perhaps the biggest star among the new Power Rangers at the gym, though, was Ludi Lin, who plays the Black Ranger. Co-star RJ Cyler said he was “like a god” when they trained together. And he definitely doesn’t look like a mere mortal in any of the training shots that he shares on Instagram.

“I started martial arts when I graduated from high school,” Ludi told Sports Illustrated Kids about his pre-Power Rangers training background. “As a kid, I always loved climbing trees, rolling around, and doing flips. I started in Thailand when I was learning Thai kickboxing, and then after that I learned all different types of martial arts. In the movie we had to learn a ton of new moves, the same way I did with martial arts. So my background gave me the confidence to learn these moves.”

When asked what his favorite part of martial arts is, Ludi got philosophical. “My favorite part is the art aspect. To me art is about communicating a part of me to whoever my partner or opponent is. So when I’m in a boxing ring with another person, it feels the same way as if we are in an exchange. It’s as if we are almost talking, but with our fists.”

So performing in an action-packed film like this was ideal for Ludi. He also picked up some new grappling training and a new favorite move while on set. “Now my favorite move is the suplex, and I hope it is your favorite move when you see the movie. My favorite move before the suplex was a bunch of jiu-jitsu moves because I found that jiu-jitsu is a martial art of the body as well as the mind, and I really enjoy that.”

Are you excited about the new Power Rangers movie? What do you think of the new Rangers’ training regimens? Let us know in the comments!

And if you’re looking to take up some of those training plans check our online store! We’ve got all of your martial arts and fitness needs covered!