Five Lessons We Can Learn From Mayweather vs McGregor 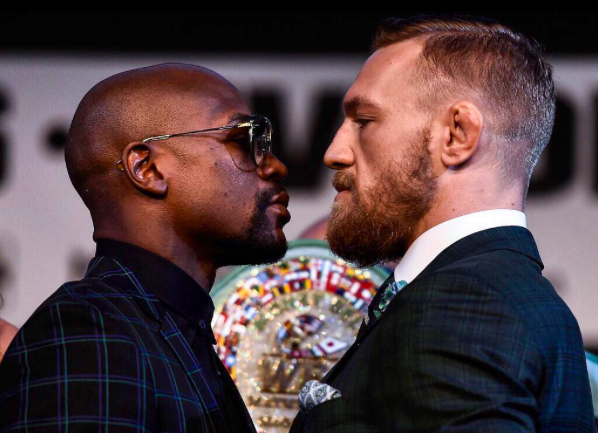 After years of speculation, months of anticipation, and one ground and record-breaking night, Mayweather vs McGregor is all over. The winner has been announced. The profits and PPV buys are being tallied. The recaps and breakdowns are being written.

But what did we really learn from the much-hyped professional boxing bout between pugilistic legend Floyd Mayweather Jr. and MMA’s biggest rising star, Conor McGregor? That’s still up in the air.

There are a few facts that we know for sure about the fight that happened in Las Vegas last Saturday, August 26: Mayweather defeated McGregor with a 10th round TKO, allowing the boxing legend to retire with a perfect 50-0 record. Everything else, though, is up for a certain amount of debate. Was the fight stopped too early? Was McGregor winning before the fight was called, or was Mayweather never in any real danger? Was the clash of combat fighting titans a cynical stunt, or a challenge that will change both of their respective sports forever? There’s arguments to be made in favor or all of the above.

While we continue to process and debate what we watched last weekend, here’s 5 lessons that we can take away from the event:

Don’t be afraid to take risks.

It’s unlikely that any of us will have the means or the inclination to challenge the most dominant figure in our discipline, let alone challenge the most dominant figure in another discipline, to a one-on-one fight, but most of us probably have at least one “what if?” when it comes to our own training. What if you tried that technique just a little differently in sparring? What if you took that new class? What if you signed up for that tournament?

Whether you consider McGregor’s challenge to Mayweather a fool’s errand or not, there’s one fact that’s undeniable: he had a goal when it came to his fight career, and he went for it. And while it didn’t work out the way he hoped and planned for it to happen, at least he can say that he went for it. May we all be so bold in our own pursuits.

Believe in yourself – but remain humble.

To take the kind of risks mentioned above, though, you’re going to need a certain amount of self-confidence. Having a belief in yourself, in your training, and in your abilities is both a reward and necessity in martial arts. You’ve earned those qualities through the work that you’ve put into your training and you’ll require them in competition. Few things are more detrimental to your performance in a competition than self doubt.

It’s just as important to remain humble, though, and respect your art and your opponents as much as you respect yourself. The only thing worse than underestimating yourself in competition is underestimating the other people in your field. McGregor, for example, needed a lot of self-confidence to even attempt the kind of challenge that he willingly faced last weekend. But his hubris may also have contributed to his demise. As the NT News reported, he and his team, who mostly come from an MMA background, did not bring in a boxing-specific coach to help him prepare for his boxing match against Mayweather because they believed that the boxing world had nothing offer him. This mistake proved disastrous on Saturday night.

As vital as things like self-confidence and a willingness to take risks, though, there’s one thing that almost always wins in the long run: doing the work. McGregor might have all of drive and raw talent in the world, but Mayweather had all of those things and a lifetime of boxing training and competition behind him. In the end, the MMA upstart’s skill, youth, and mental game were no match for the boxing veteran’s education and practice. No matter how much talent you’re born with, there are no shortcuts in martial arts and combat sports.

Every martial art is demanding on the cardiovascular system, although every discipline comes with its own unique cardio demands. Although he tried to train differently for this particular fight, McGregor, who has often struggled with MMA’s 5-minute rounds (especially in championship fights, where the regular 3 rounds is bumped up to 5), simply did not have the time or experience to prepare for the grind of pro boxing’s 12 rounds. McGregor admitted that he was getting tired as he headed into the 10th round. Boxing legend Lennox Lewis also broke down the issue on Twitter. “Boxers are conditioned to go 12 rounds. All FM had to do was take him to deep water & drown him… any good boxer would have done the same!” he wrote. “[McGregor’s coaches] did [train him for 12 rounds] but there are so many things experienced boxers know how to do n ring 2conserve energy & fight economical. Also nerves play a role.”

Loss is the best teacher of all.

As martial artists, this is something that we already know, but it never hurts to have a reminder of combat’s most painful lesson: losing is no fun, but you’ll learn more from it than you will from almost any win. Although it’s still too early to see how McGregor will apply the less than pleasant lessons he learned from being on the wrong side of this legendary fight, he’s at least willing to talk about what he’s done wrong and where can go from here. “You can say what you want, I put in so much work for this,” McGregor said after the bout. “I worked my f***ing a** off. Like I really properly worked my a** off. But if there is something I need to get over, it’s to figure out why there’s these dips in the middle area of a fight. It’s happened to me a few times. I just need to figure it out and keep pushing … we compete, get better and come back.”

What did you think of the big fight? Did you learn anything from it? Let us know in the comments!

And check out our online store for all of your boxing and MMA needs.

boxingCONOR MCGREGORFloyd MayweatherFloyd Mayweather vs Conor McGregorMayMacMayweather vs McGregormmaMMA vs Boxing
« Previous PostIs Sparring Good For You? Here's 5 Ways It Can Improve Your Health Next Post »5 Grappling and Submission Techniques for MMA