HOW TO MAKE A KUNG FU MOVIE 2

Okay, here we are, the research phase fo this process. One of my favorite parts. I’ve started watching kung fu movies tha I used to love as a kid. I’m trying to capture that feeling I had as a child in my own martial arts script. Hopefully, these movies will help me.

This last weekend at BAM here in New York, “Big Trouble in Little China” was playing. I’d never had the opportunity to see it on the big screen. 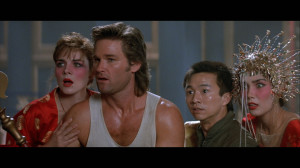 The first thing that pops out at you is this sense that the world of the movie is really an underground world, a universe beyond the universe. That’s not particularly easy to achieve. It takes a combination of skills and choices.

Filmmaker John Carpenter is a master at this. You can see great examples of this in some of his other films like “Escape from New York”, “They Live” and “Vampires.”

The protagonist is always operating beyond the accepted confines of the law, always privy to secrets nobody else knows. This knowledge plunges him into a world that’s a shadow world, a reality where he or she has to question everything and usually the impossible is possible.

Part fo the enjoyment of “Big Trouble…” is that sense that the filmmaker is letting you in on a secret, even though it’s just for a little while.

Carpenter strengthens this theme by his choice of locations. Alleys, tunnels and warehouses are the prefered choices. The characters are always moving down or further into the bowels of Chinatown. 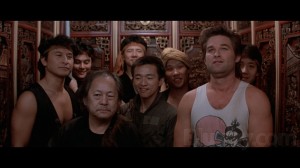 I love that scene in the alley where the two gangs meet. There are so many incredible martial artists in that scene. Erik Lee is the first name that comes to mind. Anybody who was anybody in the California Martial Arts scene was there. 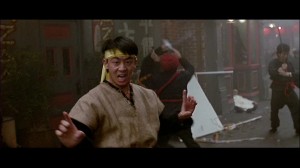 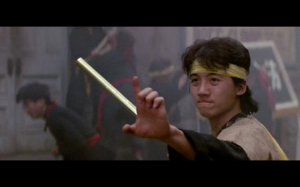 The fights are stylized, dynamic and cinematic. The skill of the practitioners is unquestioned.

If you’ve been a martial artist for some time you know it’s important that the fight scenes look authentic. Nothing ticks off the martial artist more than a technique in a movie that’s not done right. Now, don’t get me wrong, I love it when movie stars decide to learn Kung Fu for the role and do their own stunts. It’s admirable. But there’s nothing like watching the real thing. “Big Trouble…” certainly fulfills this requirement. 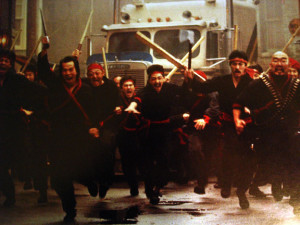 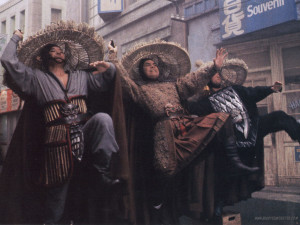 The wire work is a little outdated but you have to remember this is pre-Matrix, and the demand for acrobatic and unique wire work wasn’t so prevalent. Also the tone of the movie is rather campy and the stunt work reflects that.

It’s really a movie that doesn’t take itself to seriously and that’s one of the main joys of it. This brings me to the next point. 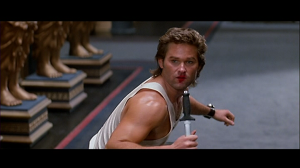 The one thing that sets “Big Trouble…” apart from all others is not really the martial arts but Kurt Russel’s work. The humor he injects to every scene is absolutely magical. It elevates what could be a pretty mundane flick into a truly enjoyable movie. It turns it into a “bring your date on a Saturday popcorn movie.” You can tell her Kim Katrall from “Sex in the City” is in it. That should do the trick. If she doesn’t enjoy it then you should leave her immediately. Cite irreconcilable differences. 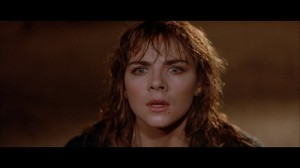 The humor combined with the hallucinogenic imagery of an underground Chinatown make “Big Trouble…” a must watch for all martial art movie fans. 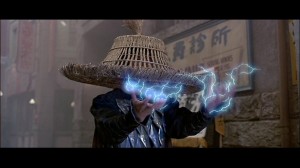 It certainly gave me some very good ideas for my own script. I want that sense that you’re coming down with me into an underground world, a universe beyond the universe. I want the authenticity, the real martial artist. And I want lots of humor, so that people come back to see my movie again and again.