I’ve talked about the effect of montages elsewhere in this blog. In a movie, a montage is used to convey emotion or to convey an idea. There are very few methods of moviemaking that can achieve the same effect a montage can.

Think about the training montage from Rocky. It gives you so much information. It tells you, of course, that Rocky is training hard. But at he same time it also describes a journey. I takes the character from a point in their development where they are full of fear and it follows them through a journey of self discovery and confidence. 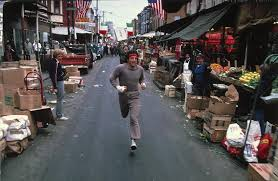 When the montage is done, we not only know that Rocky now feels good about his chances, but we do as well. We know he’s ready.

As an added bonus we also get an emotional boost. The music, combined with the powerful imagery achieve that.

One of the fight montages I remember the most as a kid is the Karate Kid tournament montage. I think I immediately went out and bought the album (back then you actually had to go to the store to get the CD) and I listened to that song “You’re the Best” obsessively. 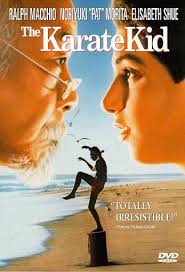 When The Karate Kid came out it really did a lot of good for martial arts in general. The image of the teacher became a benevolent presence in the community. This was all due to the brilliant performance of Mr. Miyagi by Pat Morita. Mom’s started taking their kids to karate classes all over the world, in part, because they felt that it was going to be a safe and nurturing environment. 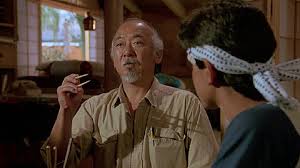 Here’s another interesting tid bid of information: The name Miyagi is actually associated to the style of karate featured in the movie. Goju Ryu karate was actually founded by a Chojun Miyagi. The character in the movie, although fictional, is supposed to be a descendant of the founder. 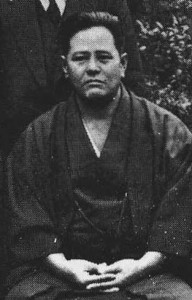 So here it is, without further ado, the tournament montage from The Karate Kid. Enjoy.