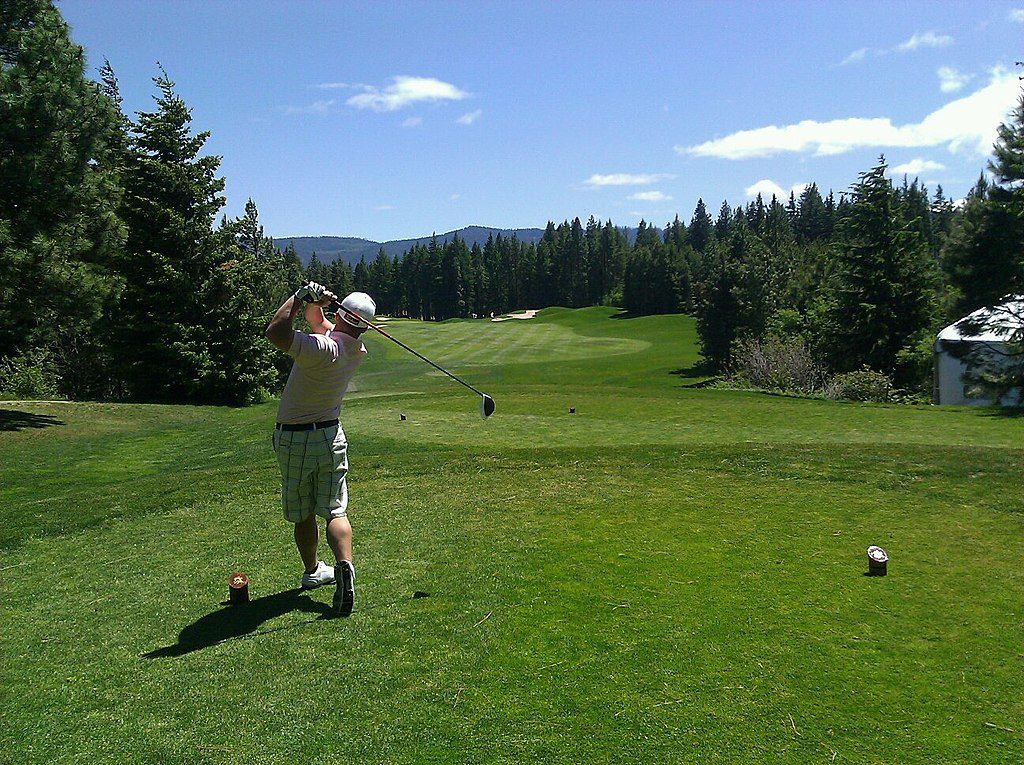 In a new wide-ranging and insightful Q&A with Golf Digest, LGPA superstar Danielle Kang was asked what interests she had outside of her sport.

“Tae Kwon Do was my passion,” she replied. “I was a second-degree black belt. I love martial arts and the one-on-one fighting. I’ve been punched and kicked in the face, and I’ve done the same to others. I was so strong when I was younger. My brother used to make me do one-handed push-ups. I’d do pull-ups. If I got in a fight with my 14-year-old self, I’d lose.”

Intrigued by this combination of seemingly disparate disciplines, I decided to do some more research into the possible intersections between golf and martial arts. Has Kang’s background influenced the way she plays golf? Does the discipline and physical skill she learned in years of rigorous Tae Kwon Do training have any impact on her current calling? Do martial artists make better golfers? Should golfers consider martial arts cross-training if they want to improve their game?

In Kang’s case, martial arts seems to have helped her establish her foundations as a competitive athlete. She trained seriously while living in Korea as a child, and was on track to train for the Olympic team, but lost interest when her family moved to the U.S. (“I quit though when I was 8 or 7.  I was second degree black belt.  I was going to go train for the Olympics and stuff, but then I moved out here.  I didn’t like the teachers here.  They don’t really know what they’re talking about to be honest. You know I had a teaching degree, my brother had a teaching degree, and we were teaching the class,” she told the USGA in 2010. “I just quit because I’m not learning anything.”) She remains a fan, though, and it’s easy to see the classic martial arts work ethic in her current drive and success.

For other golfers, though, martial arts has become more than a positive childhood influence.  Some professionals have taken it up as a form of cross-training. According to The A Position’s Peter Andraes, for example, Phil Mickelson’s 2004 comeback training routine included Tae Kwon Do and Annika Sorenstam’s workouts include some Aikido-based principles. Se Ri Pak also took up Tae Kwon Do and Muay Thai during her break from golf in 2005, and credits her training with helping her to get back on track in her career.

Amateur and recreational golfers have also taken to various forms of martial arts and martial arts-influenced training to improve their performance on the greens. In fact, there are a number of martial arts instructors who are now developing training programs specifically for their golf students. And, as it turns out, the connection between martial arts and golf goes a lot deeper than you might initially assume.

Skip Redford, a 5th degree black belt in Tang Soo Do who coaches golfers, explains the relationship like this:

“Martial arts are an excellent cross training tool for golf because they encompass not only the external or physical aspects of the golf game (posture, balance, muscle explosion, coordination, lateral and circular motion) but also teaches the importance of the mental aspects (focus on task at hand, confidence, discipline, relaxation, visualization and body awareness). Martial arts teach one that both the physical and the mental aspects work simultaneously so that everything works in together as a whole rather than separately.

“Believe it or not, golfers and martial artists also have the same type of goal; they both wan to become proficient at generating the maximum amount of force and kinetic energy delivered to a target with speed, timing and balance with a minimal amount of effort. Whether you are striking a golf ball with a club or striking an object with your hand or foot, the ability of our bodies to generate power is based on the application of bio-mechanics, which is to increase the sequential force supplied from a proper movement of the body.

“A primary element used in martial arts training is using the application of bio-mechanics to increase force and power while developing proper hip and waist rotation. Rotation of the hips and waist allows for the whole body to be combined and to create a far greater force than only using your hands or arms. Developing hip and waist twist will both increase velocity of technique and decrease the time of application of a technique whether it be striking an object with your hand or foot, or striking a golf ball with a club.”

Tang Soo Do isn’t the only martial art that’s been applied to golf training, either. Here’s a video on how Tai Chi can be applied to your golf swing:

And here’s some footage from a training video that LPGA Pro and Aikido Master Jamie Zimron released on developing better swing form through martial arts:

Do you golf? Have you tried applying your martial arts training to the greens? How did it work out? Let us know in the comments!

And don’t forget to check out our online store for all of your martial arts and golf cross-training needs!