Halle Berry Takes On MMA In Her Directorial Debut 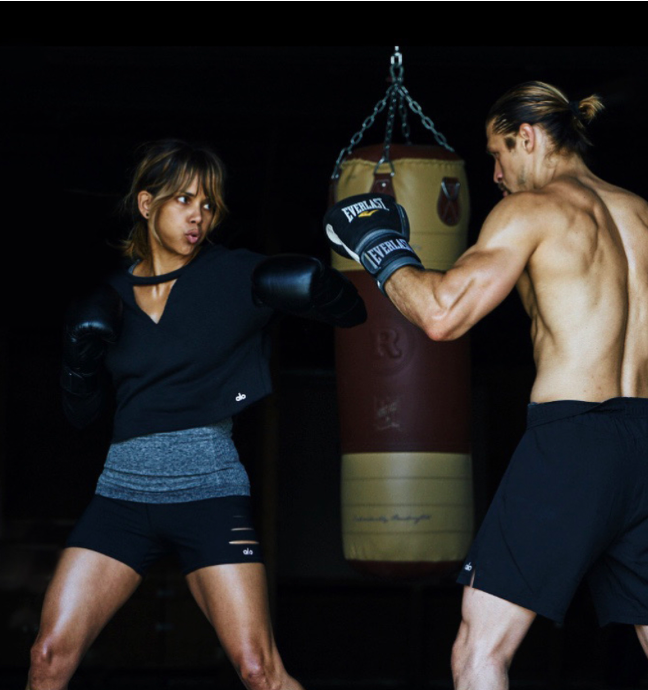 Halle Berry has faced a lot of challenges and broken a lot of new ground in her career. She’s played multiple superheroes and tackled almost every genre imaginable in film and television. She was the first black woman to ever win an Oscar for Best Actress for her awe-inspiring performance in 2001’s Monster’s Ball. She even played a part in bringing a martial art that was, at the time, still relatively unknown to Hollywood to a whole new audience.

Now she’s set to take on two big new risks all at once. Halle Berry is going to make her directorial debut and step into the cage. The star, who is currently working on John Wick 3, recently announced that she will be directing her first feature film next year, an MMA drama called Bruised. She will also be playing the lead.

“The plot follows Jackie Justice a disgraced MMA fighter who has failed at the one thing she’s ever been good at – fighting,” Deadline’s Amanda N’Duka reports. “When 6-year-old Manny, the son she walked out on years ago, returns to her doorstep, Jackie has to conquer her own demons, face one of the fiercest rising stars of the MMA world, and ultimately fight to become the mother this kid deserves.”

While this does mark a major step in Berry’s storied career, though, the martial arts aspect of the project isn’t really as out of left field as it might look at first blush. The actress and soon-to-be director is, as it turns out, also a martial artist herself. And she has over a decade of experience to influence her performance, her direction, and her fighting in Bruised.

Berry started to branch out in action and comic book films in the early part of the millennium with X-Men (2000) and the Bond film Die Another Day (2002), but it seems to be 2004’s Catwoman that started her training journey in earnest. That was when she was first introduced to capoeira.

Berry, who did many of her own stunts for the film, trained intensely with her stunt double, Ruthy Inchaustegui, to prepare for the role. “In the beginning ,we’d do the warm-up with stretching,” Inchaustegui told Black Belt of their process. “Some days I’d take her though the whole sequence of capoeira, and it’s a lot of repetitions. Then we’d do cartwheels and rolls and stuff like that.”

While doing promotion for Kingsman: The Golden Circle last year, Berry told E! News that she still practices the art.

That’s not the only martial arts and combat training that Berry includes is her increasingly famous workout regimen, either. Her trainer, Peter Lee Thomas, who has said that the 51-year-old star has the body of a 25-year-old, recently detailed her routine for E! News: “She pretty much had a checklist of things she wanted as far as her physique is concerned and we had a bulletproof battle plan… You better believing we are doing some boxing, some kick boxing, some Muay Thai… I’m definitely working on those skill sets with her and she’s also doing strength and conditioning. She’s using kettle bells, bar bells, dumbbells, working on the pull up bar, doing dips, sprinting pushing heavy things, pulling stuff. It’s just a really dynamic way to jumpstart anyone’s metabolism.”

Thomas, who works trains Berry five times a week, also praised his client’s work ethic and drive. “I have never met anybody that works harder and trains harder and is just so resilient. She is getting faster, stronger and becoming more athletic. I’ve never met another person who can do it like her.”

Today’s #FitnessFriday is dedicated to staying focused. As you can see, I’m having a hard time focusing this morning. Peter is all about the workout and all I want to do is avoid the workout 😂 It happens! Here is a tip for focusing that helps me stay on track: Find images of people who embody what you visualize yourself looking like, as well as phrases, slogans or mantras that inspire you. Then, find places to post them around the house. I like to put mine up in the bathroom, kitchen and my home gym. Seeing these gentle reminders throughout the day really does help! Today we share three exercises that demand full focus. Take a look at my Fitness icon on my profile to see the exercises and my pic and phrase I’ve got posted right now. You will also find the #keto cookbook many are asking about. Stay focused! ❤️💪🏽 #FitnessFridayHB @aloyoga

In an Instagram post this past summer, Berry discussed her longterm history with boxing. “Boxing is still considered one of the best full body workouts. You’ll sculpt every muscle and burn major calories and fat,” she wrote. “It dramatically decreases stress levels, develops hand-eye coordination and builds confidence and discipline. But most importantly…you’ll never stop learning. I’ve been boxing for the past 10 years and regularly for the past 3 and I love that I always learn a new way to challenge myself and work new muscles. I challenge you to pick up some boxing gloves and get at it…I promise you’ll have fun, get your heart rate up and sculpt your body at the same time!!”

Berry is also currently at work on the latest instalment of the martial arts-heavy John Wick franchise — and she’ll be taking the team that does the fight choreography for those films with her when she begins work on Bruised.

Given her background in martial arts and combat sports and the level of talent she’s bringing to the production, Bruised, which will be begin filming next March, has a lot of potential to be a good, thoughtful, and butt-kicking portrayal of MMA. We’re looking forward to hearing more about it and will keep you updated as soon as we know more!

Are you a Halle Berry fan? Are you exited about Bruised? Let us know in the comments!

And don’t forget to check out our online store for all of your MMA, boxing, Muay Thai, and fitness needs.