Learn the Technique to Tie A Karate Belt 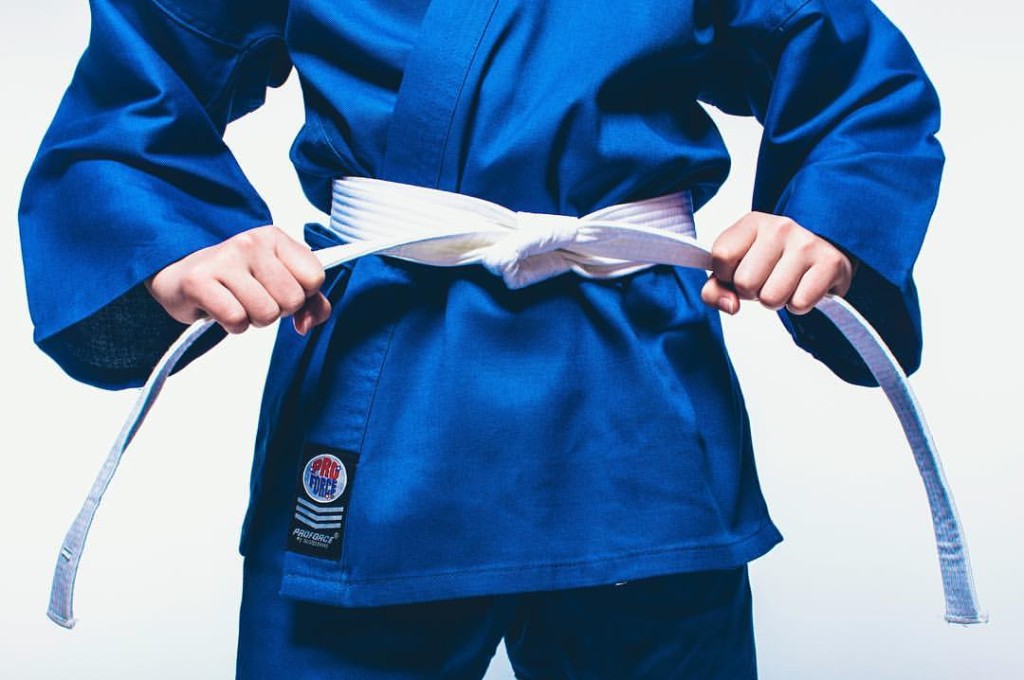 You’re about to take your first Karate lessons. You’ve done your research and selected the right gym. You’ve purchased a karate uniform and your Karate belts wholesale from a store like AWMA.com. Now all you need to do before you officially begin is learn how to tie your Karate belt properly.

Not sure how? There’s no need to be embarrassed or feel awkward about your confusion. Proper martial arts belt tying becomes second nature very quickly once you start training, but it can all be a little confusing at first. It might take a little practice to get your brain and your hands to learn and memorize all of the steps involved in being able to tie your Karate belt properly.

This guide will help you break down the process and learn how to tie your Karate belt like a champ.

What is the purpose of Karate belts?

Martial arts belts have both a functional and a metaphorical purpose. From a practical perspective, a Karate belt keeps your gi in place while you’re training. There is also significant symbolic aspect to Karate belts, though. The color of your belt represents the rank that you’ve achieved. Each color also represents a different part of your journey as a martial artist. (For more information on ranks and representation, see The Levels of Karate Belts and The Meanings of Karate Belts).

Why do we need to tie Karate belts in a specific way?

In addition to keeping your gi top in place during vigorous training sessions, properly tying your Karate belt also helps you to demonstrate your respect for your martial arts training and your reverence for the significant meaning behind Karate belts. A sloppily or hastily tied karate belt, in that case, can send the message that your respect for the martial art and your attention to detail are lacking. A neat and carefully tied belt, on the other hand, is another way to signal your humble respect for your discipline, your sensei, your teammates, and yourself.

Is there more than one way to tie marital arts belts?

Depending on your martial art and your gym’s rules, there could be a few possible methods for tying your martial arts belt that will result in a respectful presentation and a properly tied belt. Judo, for example, has its own take on some of the finer details of how to tie your martial arts belts. There are also some variations on Karate belt tying that will eliminate the “x” cross at the back, which can be uncomfortable for some martial artists. In general, though, the most popular method — and the most traditional option — for tying your Karate belts is the traditional Japanese method. 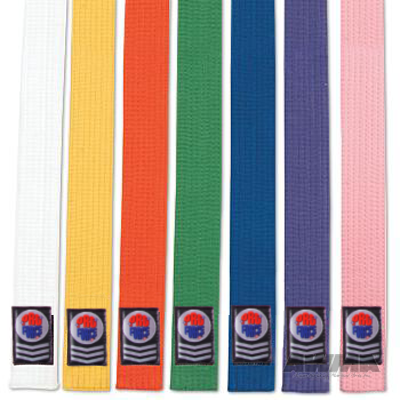 How do I tie my Karate belts?

Here is a step by step look at the traditional Japanese method:

Step 1: Placing your hands in the middle of your Karate belt, hold it out and let the ends hang toward the floor to make sure both ends match. This will both makes sure that your belt will be evenly wrapped and tied around your torso and remind you about the importance of balance in your training.

Step 2: Once you’ve found the exact center of your belt, place it over the front of your karate uniform, in line with the position of your navel, with the end of the Karate belt that has the tag on it on your right side.

Step 3: Wrap the belt around your waist, crossing one side over the other, and bring both ends to the front and double-check to make sure that both sides are still even. The tag should now be on your left side.

Step 4: Now that the Karate belt ends are in front of you, cross them again, keeping the end with the tag on top. The tag will now be back to your right side.

Step 5: Without twisting the belt, tuck the tag end under all of the layers of the belt that are wrapped around your waist. Pull both ends tight. The tag will still be on your right side.

Step 6: Bend the left end of the belt up to make a loop. Bring the right end over the top of the loop. The tag should now be on your left side.

Step 7: Tuck the tag end of the Karate belt through the loop and pull tight to form a box knot. This will both keep the belt (and your karate uniform) firmly in place, and remind you of your internal strength and the solidity of your commitment as you prepare to train.