Training Lessons We Can Learn From The Late, Great Muhammad Ali 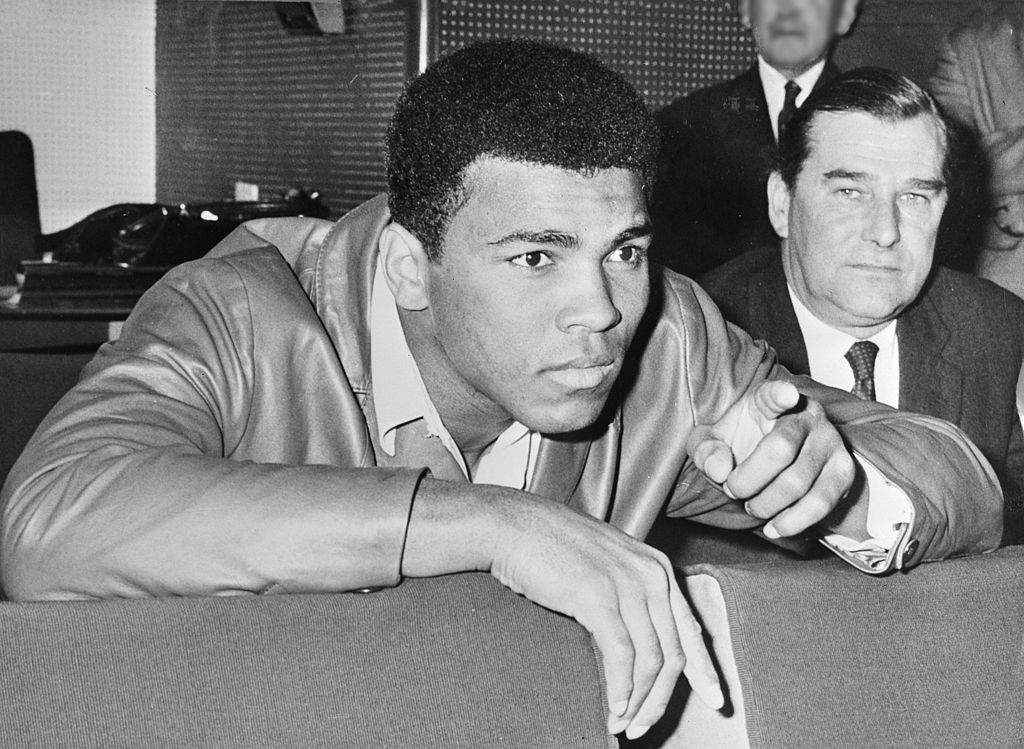 Last Friday, June 3, Muhammad Ali died at the age of 74. Since his passing, tributes to the three-time world heavyweight boxing champ, Olympic gold medalist, civil rights activist, and pop culture icon have been pouring in from all corners of the globe, a true testament to the strength and the extent of his impact on us and our world.

President Barack Obama released a powerful statement about the influence that the boxer has had on his life both as a hero and, later, as a friend. Fellow groundbreaking athlete, Kareem Abdul-Jabbar teamed up with talkshow host and comedian Stephen Colbert for an excellent segment on the latter’s The Late Show. The Golden State Warriors held a tribute to the man before beginning Game 2 of the NBA Finals. Ali’s friends in the WWE, who are, sadly, all too good at putting together memorials thanks to the tragic nature of professional wrestling, outdid themselves with this beautiful nod to the boxer who occasionally tussled with some of the promotion’s best and brightest in his downtime from his actual sport:

And that’s just the tip of the iceberg when it comes to the important, thoughtful, and emotional obituaries, reflections, videos, and memorials that have been made in honor of the G.O.A.T. (Greatest of all Time).

I would be impossible to try to sum up the importance of Muhammad Ali as an athlete and a public figure in one simple blog post – almost as hard as it would be to attempt to add to the already incredible body of written work (not to mention incredible photos) that has been produced about the man both before and after this death. But, as Ali himself once argued, impossible is nothing, so we’d like to dedicate this blog post to the greatest boxer of all time, and take a look at what we can learn from him when we’re training to be our own best selves.

Talent Is Only Part Of The Battle

Muhammad Ali, born Cassius Clay, was a naturally gifted boxer, but it wasn’t his talent that made him a champion. It was what he did with it.

“He was a naturally gifted athlete, but in boxing, there’s nothing that comes naturally. It’s just about how much you can adapt, and he was just gifted at doing things that no one else can do,” Justin Fortune, a boxing coach, former heavyweight contender and lifelong Ali fan told Muscle & Performance in February 2012.

“There are a lot of people with natural ability, but Ali trained his a**off,” he added. “That’s why he was the greatest. Add work ethic to natural ability and the guy was unstoppable. He was even able to come in and kick a** as an older guy because he had a foundation of working hard and training hard.”

Boxing is known as “the sweet science,” and Ali definitely approached his training with the dedication, focus, and desire to learn that you find in the best scientists. As a young man still in the early days of his career, he didn’t just want to put in the work that successful boxers did, he also wanted to know why they did it. To accomplish this, the boxer tracked down legendary coach Angelo Dundee to pick his brain about training and what made his champions tick in 1960.

“At that time, I was on TV every other week with a fighter,” Dundee told Muscle & Performance. “He came to see me at the Sheraton Hotel, called me from the lobby and asked me to work with him. He was like a student of boxing. He’d find out how champs trained, how much they ran, how they ate before and stuff like that.”

It was the beginning of a beautiful partnership. Dundee became his coach and Ali continued to pick his brain about the finer details of the sport – and then apply them to his own practice – for years to come.

Ali took both his natural talent and his study of the game and put it all together on the road and at the gym, because he knew that nothing was as important to his success as the hours he put into his training.

“Ali started his day off with early morning runs at 5:30 AM. He would stretch beforehand and then would run 6 miles a day in army type-boots in under 40 minutes. Ali made sure he ate a wholesome breakfast, eating all natural foods while drinking orange juice and plenty of water. After he ran, he would perform some exercises, stretch, and then go back home to get washed up. Ali then went to the gym at 12:30 PM for three hours. After the gym, he would get a massage rub down and then get washed up. Then he would talk with the TV people, go out and enjoy himself, and then eat dinner,” Jaret Grossman wrote for Muscle Prodigy. “After dinner, he would go for a walk and relax by watching TV.”

In addition to curling up with a little TV at the end of a hard training day, Ali also took one day off a week because he understood the importance of giving his mind and his body a chance to unwind and recover from all of the hard work they were both putting into being the greatest of all time.

Be Humble In Defeat And Learn From Your Losses

Muhammad Ali only lost five times over the course of his storied professional career (his record was 56-5-0, with 37 KOs to his name), but the fighter, who was incredibly philosophical in defeat, learned from each one. “I never thought of losing, but now that it’s happened, the only thing is to do it right,” he said in the wake of his loss to Ken Norton in 1973, his first since falling to Joe Frazier in 1971. “That’s my obligation to all the people who believe in me. We all have to take defeats in life.”

Give it all but don’t give up. #MotivationMonday #MuhammadAli pic.twitter.com/evc8ghsb58

And Once You’ve Learned Those Lessons, Apply Them To Your Training, Too

After losing his world title in February, 1978 to Leon Spinks, Muhammad Ali appeared on The Dick Cavett Show. When the host asked him to explain what had happened, the fighter calmly quipped “Well, as you know, Leon Spinks is the new champion… for about another four months.”

It actually ended up being seven months but, true to his word, Ali took everything that he learned from losing to Spinks, applied it to his rigorous time at the gym, and reclaimed his title in September of that year.

“I hated every minute of it,” Ali once famously said about that training. “But I said to myself ‘suffer now, and live the rest of your life as a champion.'”

What are your favorite memories of Muhammad Ali? What has he taught you about your own training as a martial artist? Let us know in the comments!