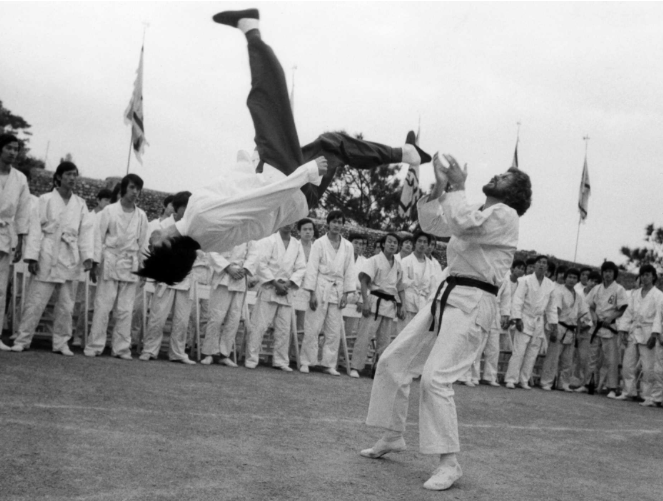 Next month will mark the 45th anniversary of Bruce Lee’s death, but our fascination with him shows no signs of slowing down. If anything, worldwide interest in the all too brief but bright life and career of the martial arts legend has only grown with time, leading to a seemingly endless series of films, TV shows, blog posts, and clothing lines inspired by the man, his martial arts innovations, and his philosophy.

There has been one surprising gap in the impressive amount of content and art inspired by Bruce Lee’s legacy, though. Up until recently, there were few comprehensive biographies on him.

Even Matthew Polly, a writer and martial artist who has adored Lee since childhood, was surprised by just how little has been published on his hero. In fact, Polly initially dismissed the idea of writing about Lee himself because he just assumed that it had all been done before.

“I thought ‘that’s a terrible idea, there must be half a dozen great biographies about him and I just haven’t paid attention,’” Polly, the author of American Shaolin and Tapped Out, recently told Bloody Elbow about the genesis of his latest project. “When I looked it up, I realized there was only one still in print written 25 years ago by Elvis Costello’s bassist. It was done by a very small press, it was very thin, there were no photos. And I was personally offended on Bruce’s behalf. You know, Steve McQueen has half a dozen good biographies, any white guy who does anything gets a biography. But the Asian Kung Fu master who fundamentally altered western culture and launched the Kung Fu and martial arts revolution into mixed martial arts, he couldn’t get one? I felt because my whole life had been changed because of Bruce Lee and Enter the Dragon, this was something I could do to pay back that debt.”

In a way, the writing process for Polly’s latest book, Bruce Lee: A Life, began when Polly was just a child. “I’m one of those kind of archetypal skinny bullied kids who saw Enter The Dragon when he was 12 and Bruce kind of jumped off the screen into my imagination and became my hero,” the author said in a recent interview with CBS Pittsburgh. “I immediately rushed out and bought a nunchaku, spent an afternoon cracking myself in the skull with it – put that down and never studied that again [laughs]. But I took up the martial arts and ended up going to China to study Kung Fu with the Shaolin Monks. Really, the entire course of my life was changed by Bruce Lee for the better and I feel, in a way, writing this book was my way to payback that debt.” 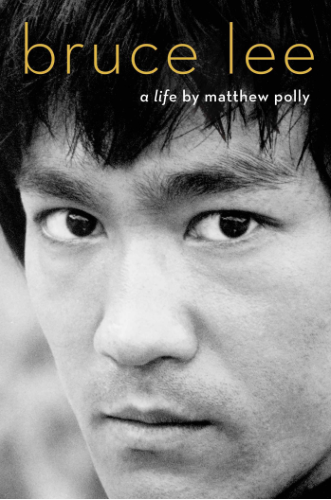 Polly, who teaches a class about Lee at Yale, spent three years researching and writing the book, taking extended trips to Hong Kong, Seattle, and Los Angeles and interviewing over 100 of Lee’s loved ones and colleagues in an effort to construct the most complete and well-rounded portrait of the martial artist that he could. The writer’s challenges along the way ranged from amusing to soul-searching. He can laugh about Chuck Norris’s disinterest in being interviewed for the project (“Chuck won’t talk because he hates the fact that 45 years later Bruce is still more famous than he is, and is sick of answering questions about him,” Polly bemusedly told the Toronto Star. “Wherever he goes, people ask him about Bruce.”) but seeing Lee as a complicated and imperfect human being after idolizing him for most of his life took some more thought and effort.

Writing about Lee’s affair with actress Betty Ting Pei — whom he interviewed for the book — forced Polly to reconsider his image of the star, and his own perspective on him.  “It was hard to get my head around at first, because I came to it like most fans. All I know about Bruce is what’s in the martial arts magazines [at the time] and then the movie Dragon: The Bruce Lee story. Because no one had written a proper biography, these aspects of his life weren’t reported. They were sort of edited out in order to create a kind of ‘Saint Bruce’ image. What I had to do was put myself into his context, and that’s what I wanted to do for the whole book. To understand Bruce in the context in which he grew up,” Polly told Bloody Elbow about the process. “It just took a while to understand that you can’t judge someone in a different time and place by your own moral standards.”

Although Polly’s deep and thoughtful exploration of the real man behind the Bruce Lee mythology is unflinching, it is far from negative. In deconstructing the ‘Saint Bruce’ ideal, he has revealed a far more complex but no less admirable role model.

When asked what he hoped his students would take away from his class on Lee, Polly said:  “I think the most important thing for them as young people is to realize that, it’s a cliche, but every once in a while you can do what you set out to dream. Bruce’s main accomplishment was to become the first Asian American male actor ever star in a Hollywood movie and at that time he faced insurmountable odds. He didn’t quit, he never gave up and through sheer will and ambition he achieved that dream. It cost him his life, but he managed to do it and that’s something I hope anyone takes away from that including my students.”

Have you read Bruce Lee: A Life yet? What did you think? Let us know in the comments!

And don’t forget to check out our online store for even more material on Bruce Lee and Jeet Kune Do.