THE FIGHT SCENES OF GAME OF THRONES

You’ve read about Game of Thrones before on this blog. I’m an avid fan. I read the books before the shows came out and I’ve been following HBO’s rendition of the novels since season one. 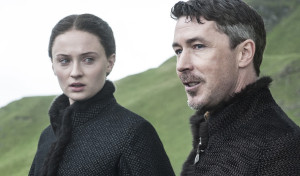 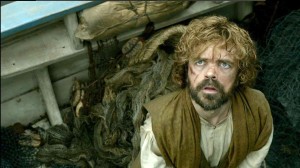 One of the things they do quite well is the attention they pay to the fight scenes.

There’s a tone to he novels that really puts the Game of Thrones series over some kind of imaginary line. The novels use a lot of the tropes of historical fiction. They really do have the flavor of narrating something that happened as opposed to something that comes out entirely from the author’s imagination. 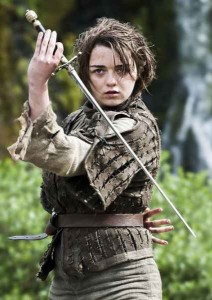 In the show they’ve done a great job of recreating this, especially with the death scenes.

In history, people die. That’s just a cruel fact of that time period. People died of decease, they died in battle, they were poisoned. Sometimes the people that die are the ones you’ve been rooting for all along.

The show does a great job of this. People were going crazy when their favorite characters were done off. But I think that’s what makes it so interesting. You can’t really predict what’s going to happen, like in real life. We all know that in Hollywood you can tell the ending before you even start the movie. That doesn’t happen here.

We’ve had some great fight scenes this season, especially the one in which Barristan Selmy and Grey Worm fight the sons of the harpy. 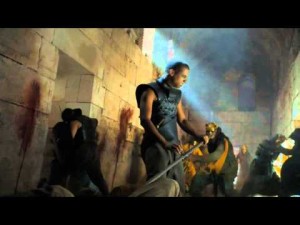 It was an epic battle of two guys against maybe twenty attackers.

The choreography was handled quite well and executed impeccably. 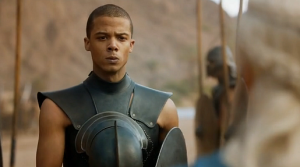 We’ve been waiting for Barristan to show his fighting skill since season one. He’s talked about through out and made out to be one of the great fighters in Westeros, but we don’t really get to see him wield a sword until the scene where he dies. And he certainly does not disappoint. 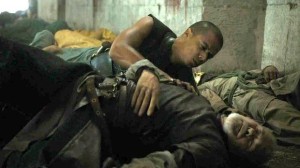 The filmmakers knew what they were doing too. They had the appropriate heroic music playing.

We’ve had other interesting fight scenes this season as well.

Bronn and Jamie Lannister go to Dorn and get into a few scuffles. 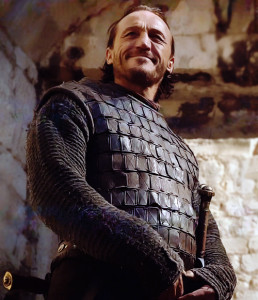 After last night’s episode it seems that Sir Jorah Mormont will be fighting in the Fight Pits of Mereen. 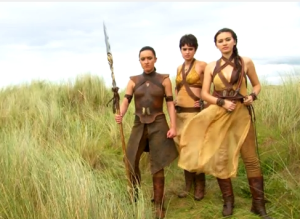 They’ve also introduced the Sand Snakes, the illegitimate daughters of Prince Oberyn. They have their own fighting styles and weapons. They have a brief fight with Bronn and Jammie as they were all trying to abduct Mycella for different purposes.

All and all, this season started a little slow, but it’s turning out to be a pretty interesting one.

Here’s a link to the Barristan Selmy and the sons of the harpy fight: Sir Barristan Dies!