KATANA – SOUL OF THE SAMURAI

Nowhere in the world has the cult of a weapon been so marked and severe as it is in Japan.

The katana sword not only socially identified the samurai but in many ways it spiritually defined him as well. The combination of beauty and deadly accuracy that the sword represents is a beautiful metaphor for these medieval warriors of ancient Japan. 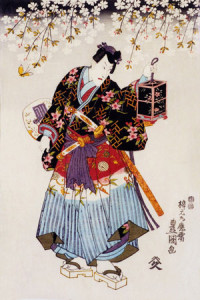 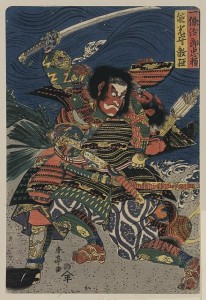 Samurais went armed everywhere and the fact that they carried the two swords (katana and wakizashi) served to single them out amongst the population. 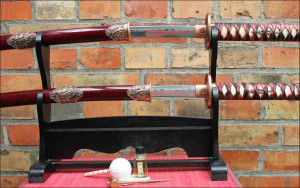 This custom of being armed caused any number of problems in Japan, after the warring period was over, and the country was unified under the Tokugawa Shoguns.

What you had then was a lot of warriors out of work and carrying around big swords strapped to their waists. Not a recipe for peace and quiet.

The romantic idea of the two lone samurai locked in a heroic duel really emerges in this period.

One thing that’s interesting to note is that the sword wasn’t originally the weapon of choice of the samurai class. It was the bow and arrow.

Samurais would be trained from childhood to use the bow from horseback and duel each other in this way. The warriors would ride and release arrows until one gained the advantage or got a better hit. Oddly enough these encounters weren’t really fought to the death. 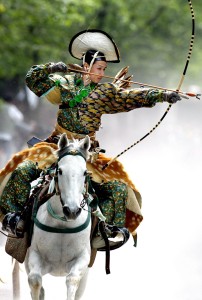 It wasn’t till later on that the sword became the weapon of choice.

The katana is truly a marvel of ingenuity and engineering.

It is forged from the purest steel on earth called tamahagane or “jewel steel.” In a process that lasts three days smelters reduce up to 25 tons of iron-bearing sand and charcoal to about two tons of this steel. 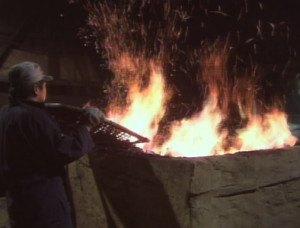 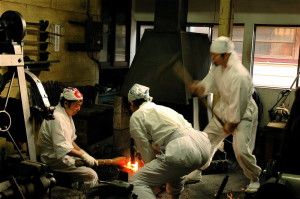 The smith then hammers and folds the steel into itself to remove all impurities or “slag.” This is a painstaking process at which end the smith is left with a “log.” From this log the smith can judge the concentration of carbon.

He then shapes the log into a “u” shape, made out of high-carbon steel and inserts a wedge of low-carbon steel into the back. Then he forges the two together. 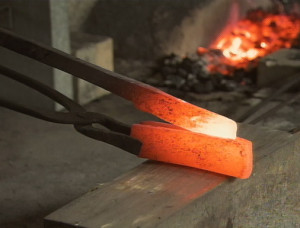 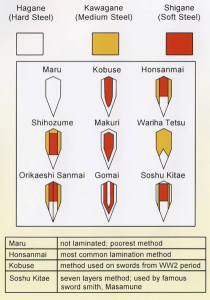 The outer type will constitute the edge of the blade and the other type the back. It’s the combination of the two that gives the katana its flexibility and versatility. 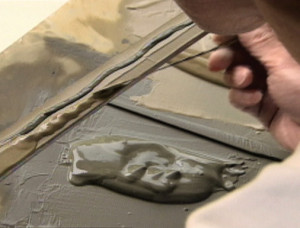 After this, the smith coats the sword with a mixture of clay and charcoal powder. More on the back than on the edge. This gives the weapon its distinctive wavy pattern called the hamon. It also makes each sword unique. 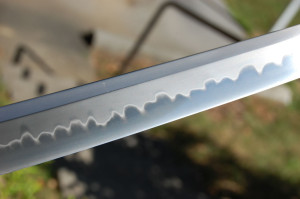 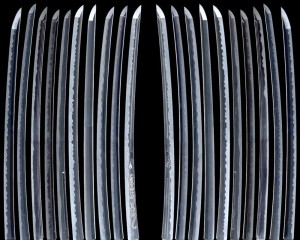 The process takes about six months. This is followed by a period of polishing that gives the weapon that mirror finish.

A samurai sword used in the correct manner can cut through flesh and bone easily.

The traditional training method was to practice cutting through rolled up straw that had been dried under the sun. The straw was wrapped around a piece of bamboo that would simulate the bone inside the neck. 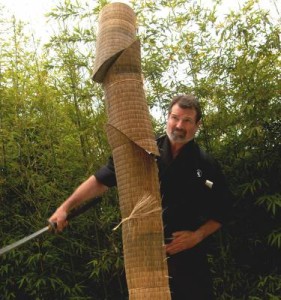 When wielded by a master the katana cuts through these like butter.

Another interesting piece of information is that the cutting motion of the katana is really a slicing. In other word,s you don’t hack away with it, like you do with an axe or a broadsword. The blade presses and slides just like a chef’s knife.

That’s the true difficulty in mastering the weapon, the motion of the cut.

Here’s an excerpt from the movie BUDO – The Art of Killing that shows the training method and the forging.

A traditionally made katana these days can cost in the hundreds of thousands of dollars and usually ends up in a museum or in the hands of a collector. 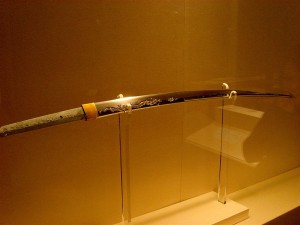 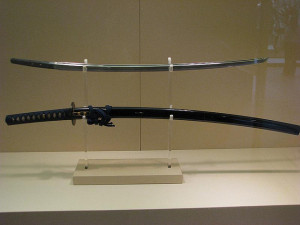 To this day it remains a symbol of beauty, purity and devastating violence. That dichotomy lives within its edge, and permeates the soul of the samurai.