Why Does The Fashion World Love Martial Arts So Much? 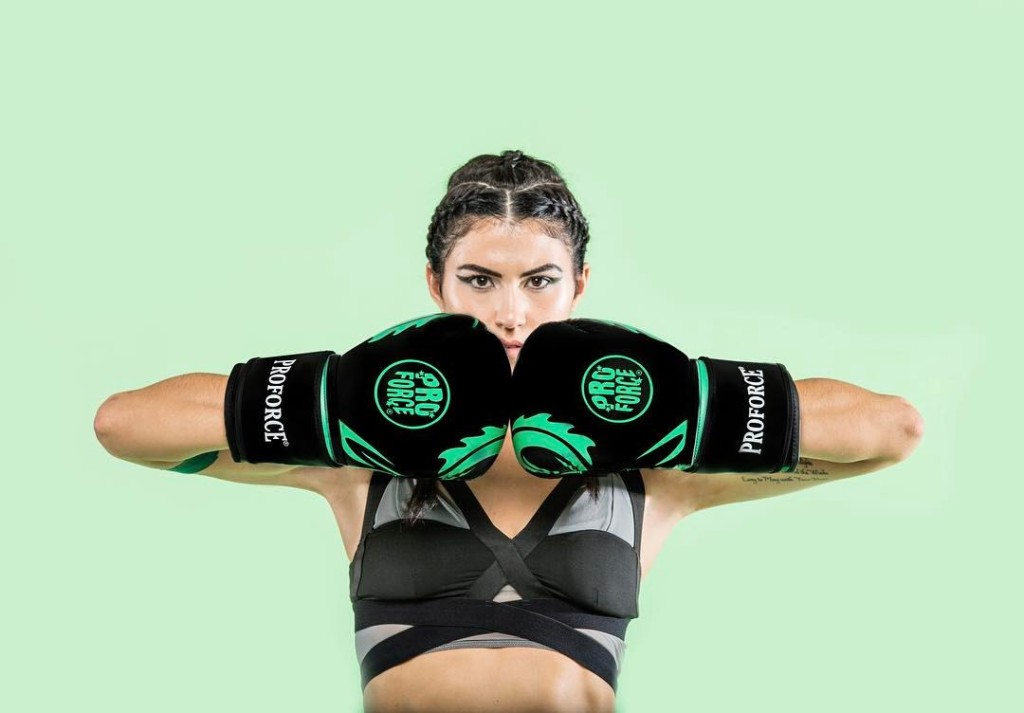 Last weekend, model and actress Cara Delevingne posted a brief video of herself breaking a wooden board with her palm on her Instagram account and it immediately became an entertainment news story. Even veteran fashion outlet Vogue covered it, with the headline Cara Delevingne Has the Ultimate Karate Kid Moment on Instagram.

Thank you so much @martialsmarts.toronto for showing me how to protect myself @puma #doyou

While this reaction might seem a bit over the top – Is it really news every time a famous person posts something on their social media? –  it’s also a testament to the level of interest that surrounds the growing connection between martial arts and fashion.

At first glance, the fashion world’s flirtation with combat training, particularly boxing, might seem like a superficial fad. A visual medium like fashion would see that martial arts and boxing look cool and want to run with that. There’s really not much evidence to suggest that designer Karl Lagerfeld, for example, had any deep passion for pugilism in mind when he designed his ludicrously expensive heavy bag and glove set for the Louis Vuitton label – or his boxing-themed ad campaign for Chanel which happened to feature Delevingne.

As Michael Olajide, Jr. sees it, though, the connection between fighters and models, much like beauty itself, is more than skin deep. In a 2014 interview with The Fashion Spot, the former middleweight boxing champ and current trainer for Victoria’s Secret pointed out that both fighters and models work with their bodies for a living, which gives the two seemingly disparate populations at least some similar training needs.

“They work out like athletes. They treat their bodies like the investments they are,” he explained. “I think it appeals to them because the results it produces are incredible. Also, preparing the body is a very Spartan undertaking and boxing epitomizes that fight. It’s truly as much mental as it is physical. The workout challenges the mind, but it’s also fun — it often doesn’t feel like you’re working out because you immerse yourself in it. That said, it can be very hard, especially for those that have never worked out before. It takes a very particular type of individual to stick with this exercise, so yes, we see a lot of girls come through for the experience — some leave, some stay.”

The physical benefits of boxing and martial arts training are hard to deny. Because it challengers your body in multiple directions, combat training can improve everything from your general physical fitness to injury prevention in the line of work. This makes it ideal cross training for a profession that relies on both looking good and being able to function – not to mention balance on precarious shoes – in many physically demanding scenarios. “It requires you to move your body through multiple planes of motion—forward and backward, side to side, and rotational,” personal trainer Doug Sklar told Self Magazine in the 2016 article Why So Many Models, Like Gisele Bündchen, Are Obsessed With Boxing. “You’re bending, moving, and ducking, all while throwing punches. Your heart rate is jacked up, and you’ll feel smoked after just a short session.”

The mental benefits of training are also important for an industry as demanding as fashion. “In the beginning, when you’re learning, it can be very frustrating because you want to accomplish, but your body [is] not responding,” superstar model Adriana Lima told Harper’s Bazaar about her initiation into the world of boxing in 2016. “That’s a lesson that you can take outside into your everyday life, that no matter what you go through, you keep going, and insist, and you go, you learn, you fail, you learn, you fail, you learn and you continue until you get it done.”

The self defense aspect of training can also be helpful for women and public figures, as Gigi Hadid learned when her boxing background helped her elbow an attacker last year.

Although the “martial” part of the equation seems to be the primary appeal for many models, there are also designers who are even more intrigued by the “arts” influence of training. Designer and jeweler Rafi Anteby, for instance, has turned to his extensive martial arts background for inspiration in his work with labels like Bullets 4 Peace and Rodeo Drive Boots. He’s even shown off some of his skills on the runway, albeit not without some misadventures along the way.

In some cases, though it isn’t about cross-training or inspiration at all. What might start out as a way to stay in physical and mental shape for work can end up being a genuine hobby for people who work in the fashion world.

Which brings us back to Cara Delevingne.

Delevingne picked up boxing while she was working primarily as a model but seriously started pursuing martial arts as part of her preparation for her role in last year’s Suicide Squad. It was clearly left a lasting impact on her. While filming in Toronto, she proudly shared the fact that she’d just earned her yellow belt on Instragram and bragged about it in interviews promoting the film. And she’s clearly kept up with her training. Now she’s back in the city, working out at Toronto’s Martial Smarts and preparing for another film. She’s also sharing her latest accomplishments again.

Which suggests that, at least when it comes to martial arts, models and fashion stars really aren’t that different from the rest of us. They train because it’s good for the mind and body and, maybe most importantly of all – because it’s fun!

What do you think of fashion’s fascination with the martial arts world? What inspires you to train? Let us know in the comments!

And check out AWMA.com for all of your boxing and martial arts needs!