THE BATTLE OF POITIERS

I’m in the process of rereading a book I discovered in the gift shop of the Metropolitan Museum of Art in NYC many years ago.

I worked there right after graduating college. Awesome place to work by the way. I was an usher for the Concerts and Lectures department and used to sneak into the Arms and Armor wing of the museum in the middle of the night while concerts were going on. 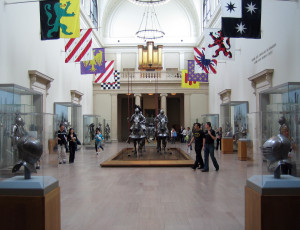 One night I found this book in the gift shop. 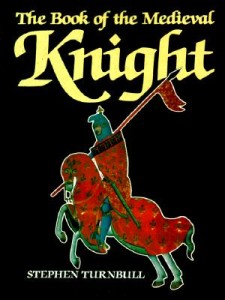 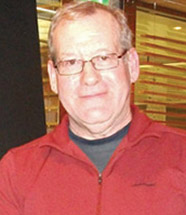 Now, if you are interested in learning more about medieval knights, their code and how they fought, this is the book for you. It’s clear and well written and the stories are told in such an engaging way, it really makes it a pleasure to read about history.

There’s something I though I would never say.

Another benefit of the discovery was learning about the writer. Stephen Turnbull has written a number of books about Samurai warfare that are fantastic as well. 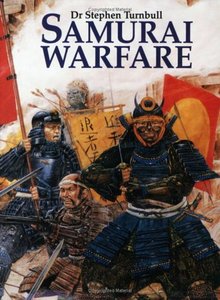 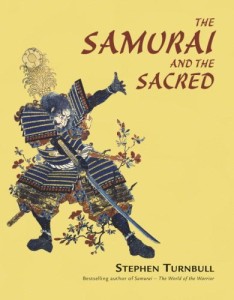 One of the comparisons he’s fond of making is between the belief systems of both warrior classes.

One of the things both Samurai and European knights hated was having to rely on the use of foot soldiers to achieve victory in the battlefield. They would have preferred to keep the glory for themselves.

In the Battle of Poitiers in Gascony the English knights ha a chance to redeem their image. 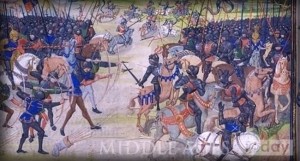 Poitiers was a battle of the 100 Year War between England and France.

In previous battles of the war the English had won by using their superior archers.

For those of you who do not know the English long bow was one of war’s first technologically superior weapons. 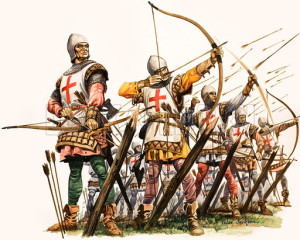 It’s made from a wood that’s strong on the outside and supple on the inside, giving the bow superb flexibility and as a result, power.

English bowmen would shoot at the French until they were in disarray and then the dismounted knights would finish them off.

It had been the MO for a number of battles including the famous engagement at Crecy. It would also become the deciding factor at the later famous battle of Agincourt.

But a Poitiers the archers were less effective because the French had started using plate armor to protect their torso. This was a new development. 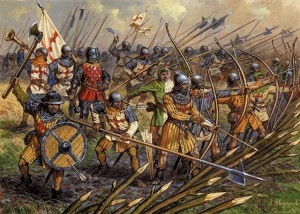 The French had superior numbers and the English were starting to get tired.

So the Black Prince of Wales, who commanded the English army ordered a charge. 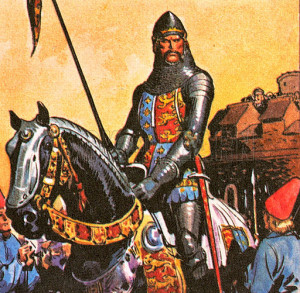 It was exactly what the knights were hoping for. A full on charge of knights on horseback.

They did it from two directions, frontally and on a flanking maneuver, as you can see in this map. 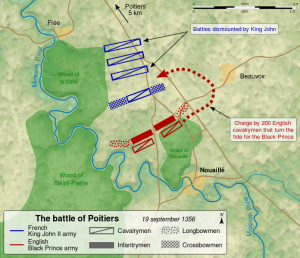 I don’t know about you but I’m a sucker for these little battle maps.

The English routed the French column and even captured King John II, also known as John “The Good.” 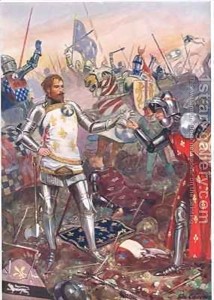 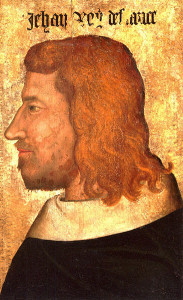 I guess he wasn’t that good after all.