What Are The Differences Between Karate, Jiu-Jitsu, Taekwondo and MMA? 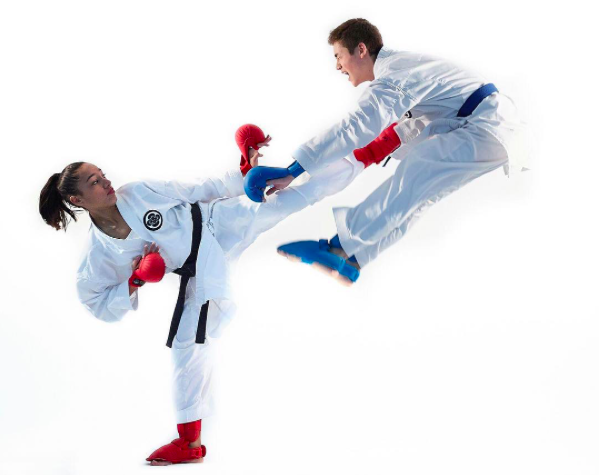 What are the differences between today’s most popular martial arts?

There are some basic similarities that all martial arts share, like honor, discipline, respect, and the value of a good work ethic. Beyond that, though, every discipline starts to branch out in its own unique way. Some are striking based, while others are more focussed on mat-based grappling. Even the technique behind a punch or a submission hold can vary from discipline to discipline. Some forms involve the use of martial arts weapons while others might involve nothing more than gloves or even just a gi. Each martial art also has its own uniform.

So what is it that differentiates some of today’s most popular martial arts like karate, jiu-jitsu, Taekwondo, and MMA? Let’s look at their history, their techniques, their competitions, and their use of martial arts gear to find out.

Karate was first developed, using a number of ancient Chinese martial arts techniques, in the Okinawa region in the 17th century, where it remained a relatively local calling until it was introduced to mainland Japan in the 20th century. It started to gain global popularity soon after that.

Taekwondo as we now know it gained hold in the 1950s, but it roots date back to 50 B.C. in Korea, where its predecessor, taekkyon, was developed. When Korea was ruled by Japan, taekkyon started to incorporate elements of karate into its art and began to evolve into Taekwondo.

Jiu-jitsu’s roots also date back to Japan, where it was used by samurai who had lost their swords in battle. In the 20th century, these techniques were adapted for more ground-based grappling by the Gracie Family, giving us Brazilian Jiu-Jitsu.

The origins of mixed martial arts, or MMA, date back to Greece and the ancient Olympics, where a full contact form of competition called pankration was popular. The modern version, heavily influenced by Brazilian Jiu-Jitsu, gained popularity in the late 20th century and continues to evolve today.

Karate is a martial art that utilizes both the upper and lower body for offense and defense, incorporating strikes and kicks fairly equally into its forms. Taekwondo, on the other hand, favors lower body attacks in the forms of kicks – with more flamboyant kicks earning higher points in competition – leaving the arms to focus on more defensive moves, like blocking an opponent’s attacks. Japanese jiu-jitsu also involves an element of striking in its system of joint manipulation, throws, and ground fighting, while its Brazilian descendant has eliminated the strikes in favor of a purely grappling-based arsenal of techniques. Mixed martial arts supplies its fighters with the opportunity to combine any of the above techniques – as well as elements of other martial arts and combat sports like boxing, wrestling, judo, and more – to develop their own hybrid of styles, as long as they’re executed within MMA’s rules and regulations. 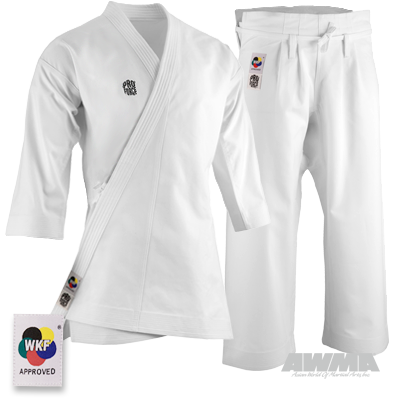 While martial artists can compete in all of these disciplines at the local, national, and international level, here’s a few of the biggest and most popular competitions for each:

The World Karate Federation hosts the World Karate Championships, Continental Championships and many more events each year. (AWMA and ProForce have a new WFK-approved karate gi for these events.) In 2020, karate will be an event at the Tokyo Olympic games.

While the Brazilian Jiu-Jitsu is lobbying to make the martial art an Olympic sport, it is current not part of the games. BJJ’s highest profile events are the World Jiu-Jitsu Championship (aka The Mundials) and the Pan-American Championship.

MMA’s most popular current promotion is the UFC, but other leagues like Bellator and the women’s promotion Invicta, are also successful and well-regarded amongst athletes and fans.

Each discipline is also defined by its own mix of martial arts supplies for competition and training. Karate is performed and practiced in the karate gi. Depending on the style, weapons like the bo are also used. Taekwondo has its own gi. Competitors also wear gloves, protective gear on their heads, bodies, and shins. Brazilian Jiu-Jitsu gis are often made from a thicker weave than their karate and Taekwondo counterparts, because the gis themselves can be manipulated for use in certain chokes and submission holds. No-gi BJJ can also be done in whatever submission wrestling clothing is comfortable for the athlete. MMA fighters wear regulated, open-fingered 4 oz gloves which accommodate both the striking and grappling parts of the sport.