Wushu is really a combination of martial art, dancing and acrobatics. Some have questioned its martial effectiveness. It’s certainly beautiful to watch. 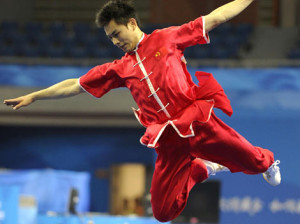 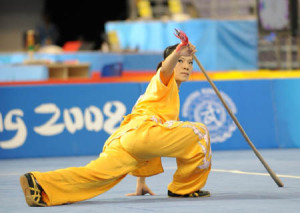 Wushu means “martial art” and it’s really the Chinese government’s effort to standardize kung fu in all its forms. A mammoth task. It’s become an international sport with required routines at all levels.

The practitioners display incredible flexibility, agility and precision. This comes out of years of training, usually from a very young age. 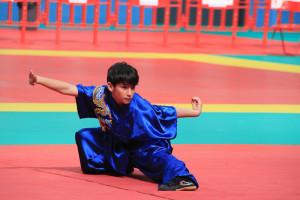 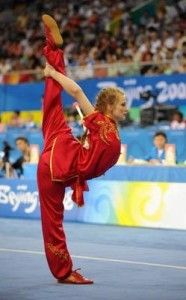 Jet Li, of course is one of the most famous wushu performers of all time. We all know who he is. 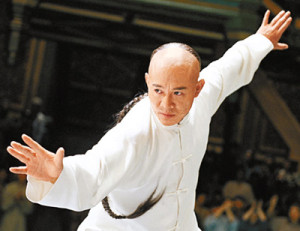 He was truly a prodigy. Here he is at 8 years old. I love the sounds they’ve added to the video, as if it were a kung fu movie. A little foretelling of his future.

This is world champion Jade Xu. 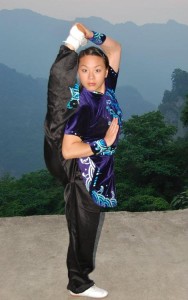 Here she is warming up and rehearsing some of the moves from her sword routine. I hate the fact she’s using one of those “aluminum foil” swords that wushu practitioners use and that bare no relation to the real thing. However, look at how she spins and stops on a dime. The body control is mesmerizing. Her form is superb.

Here she is doing her gold winning routine at the Beijing Championships.

Wushu has a combat counterpart to it. It’s called Sanshou or Sanda. It’s a kickboxing competition, fought on a raised platform and that allows for holds and throws. You can even toss your opponent out of the ring if you can. The fights are brutal and beautiful to watch in their own way.

However, you can really see that the martial application of the art doesn’t really resemble the forms.

Here are some highlights from Beijing.

Wushu continues to grow in popularity as China pushes for an Olympic bid. I wouldn’t mind seeing some Kung Fu in the Olympics, especially the sanshou. They could fight on a raised platform, surrounded by a moat filled with sharks. That would make things more interesting.