When you’re a kid you always dream of war. This is just what little boys do. You dream of armies facing each other on the open plain. 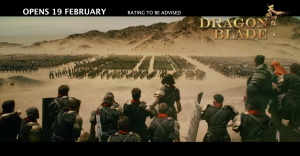 I used to dream about knights facing Samurai and Spartans facing an imperial Chinese army and so on. Some of these things weren’t historically viable but it doesn’t really matter.

Jackie Chan’s new movie looks like a little boy’s dream. A Kung Fu movie with a Roman army in it. 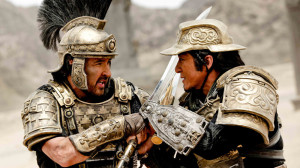 I have no idea if this is historically accurate. They probably found some obscure episode in which this actually happened. I’m curious to find out.

Jackie’s latest two movies have been a departure from his comedy norm. This is exciting. And this one looks good. 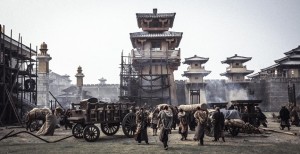 Here’s the trailer to Dragon Blade. I’m surprised at the casting because John Cusack and Adrien Brodie are not the first two guys I think about when  think Jackie Chan movie, but hey, they’re both great actors. 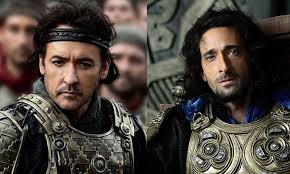 Can’t wait to see this one.