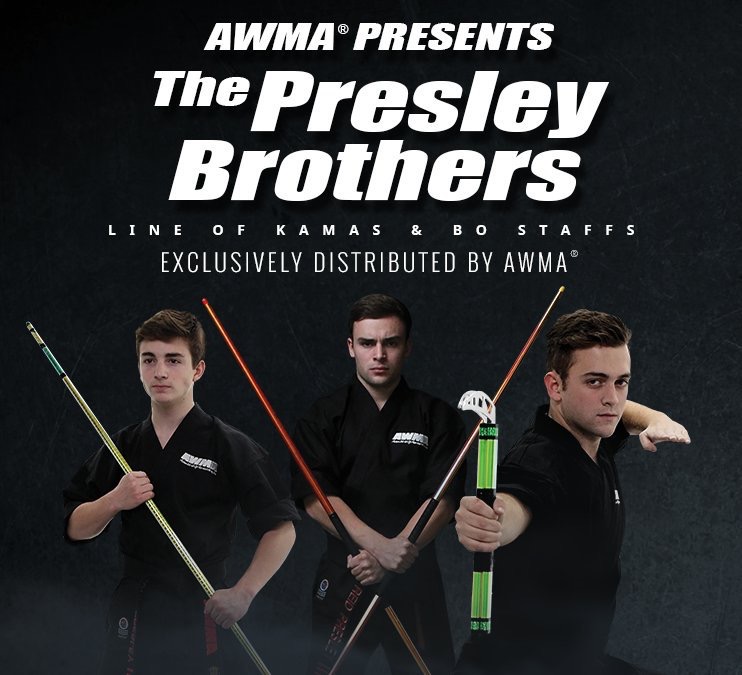 It’s shaping up to be a busy and very exciting spring at AWMA!

First we became the official MMA glove sponsor of the Invicta Fighting Championships. (Catch our gloves in action again this Friday, May 4 for Invicta FC 29, streaming live and exclusively on UFC Fight pass at 7pm CT.) Now we’re proud to announce that we are carrying the new line of gear by The Presley Brothers, distributed exclusively by AWMA. You can the entire line for sale on our website now.

And you can see both the martial arts stars and their kamas and bo staffs — which are Made in the USA — in action in our brand new video:

To celebrate this exciting new development in the AWMA universe, we here at the AWMA blog would like to dedicate this week’s edition to getting to know the Presley Brothers and their gear a little better. 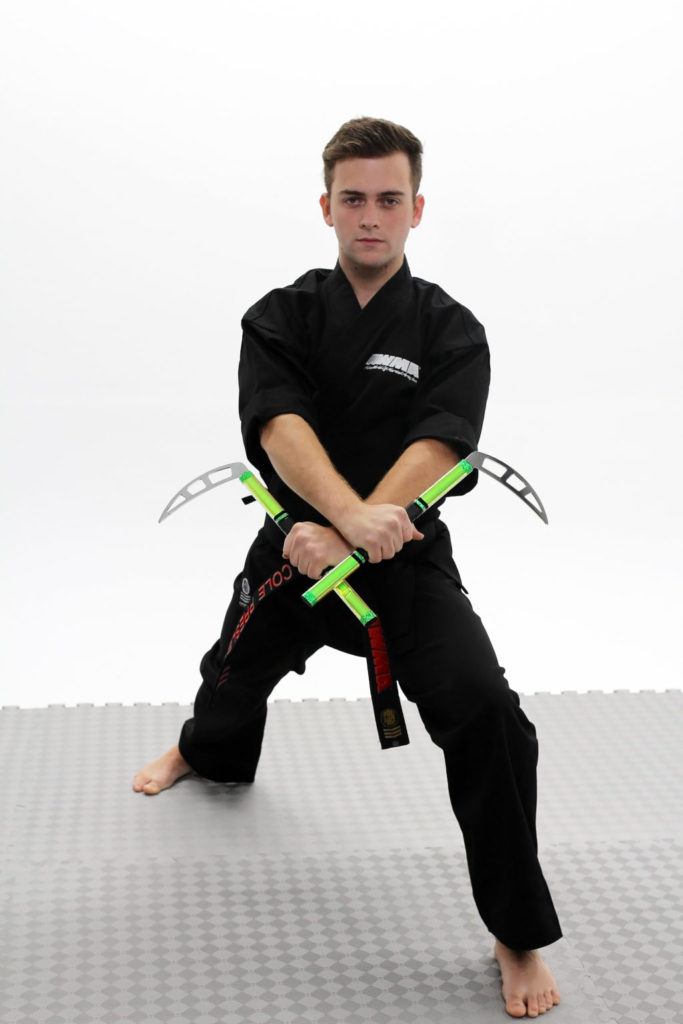 A 3rd degree black belt in taekwondo with 15 years of martial arts experience, Cole is known for being one of the most innovative competitors thanks to his creative weapons tricks and manipulations. As a proud member of Team Paul Mitchell, Cole has held multiple competitive titles, including NASKA and ISKA world championships, with the sword, double bo, single bo, and kamas. He also has training in double sword, chux, and soft style. In addition to his competition and teaching schedule (which includes both seminars across the world and lessons at his parents’ martial arts school), Cole is also a sophomore at Cumberland University where he is a regular on the dean’s list. He’s performed in the Macy’s Thanksgiving Parade and appeared on AMC’s Into The Bandlands and a Hasbro toy commercial.

“My signature Kama series is specifically designed for power and speed,” Cole says of his of his gear. “These weapons have been balanced perfectly with a slightly weighted handle to allow difficult manipulations, high level tricks, and powerful cuts to be done with precision. These are the only weapons made that I trust to use in competition.” 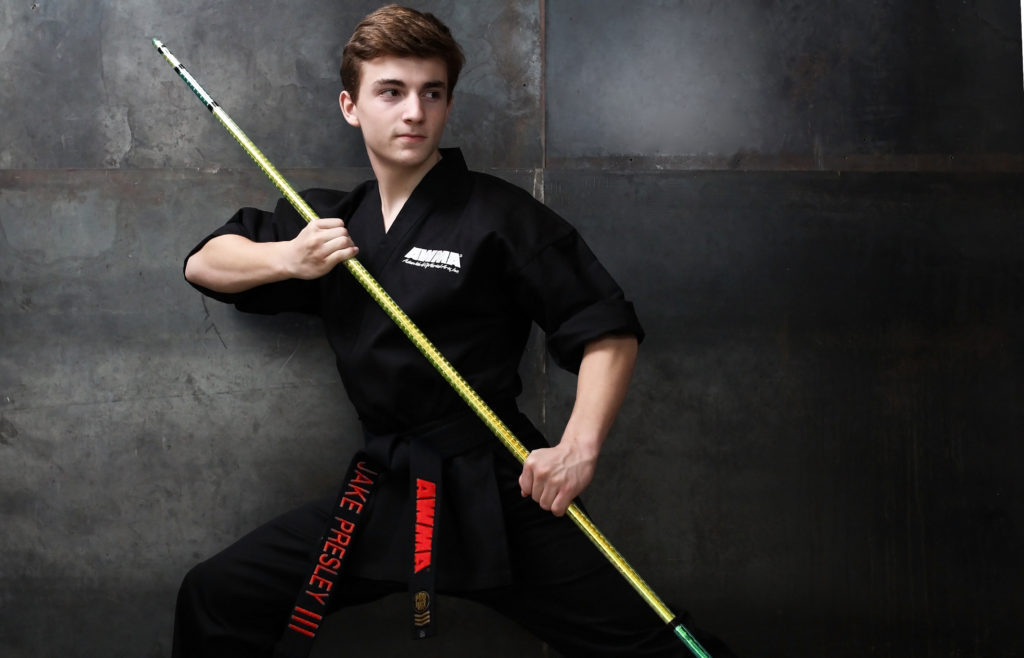 A 3rd degree black belt in taekwondo with 9 years of training in martial arts, Jake is a dominant youth competitor in both traditional and extreme weapons who has displayed exceptional talent and skill in extreme martial arts, weapons, fighting, and traditional martial arts. As a proud member of Team Paul Mitchell, he has won the 13 and under overall grand championship multiple times, as well as a number of NASKA and ISKA world titles. With a passion for encouraging his fellow martial artists to reach for the stars, Jake loves to teach both in his parents’ studio and across the world. He also developed an interest in acting and stunt work when he was cast in 2016’s The Account starring Ben Affleck, and has since gone on to work on Into The Badlands.

“My signature bo staff series has a contemporary look with a design that has been developed over time,” Jake says. “The series is perfect for a youth competitor as well as the seasoned athlete. The weapons are balanced and weighted for speed and difficult manipulations as well as for powerful strikes. These are the weapons that I count on for all of my competitions!!” 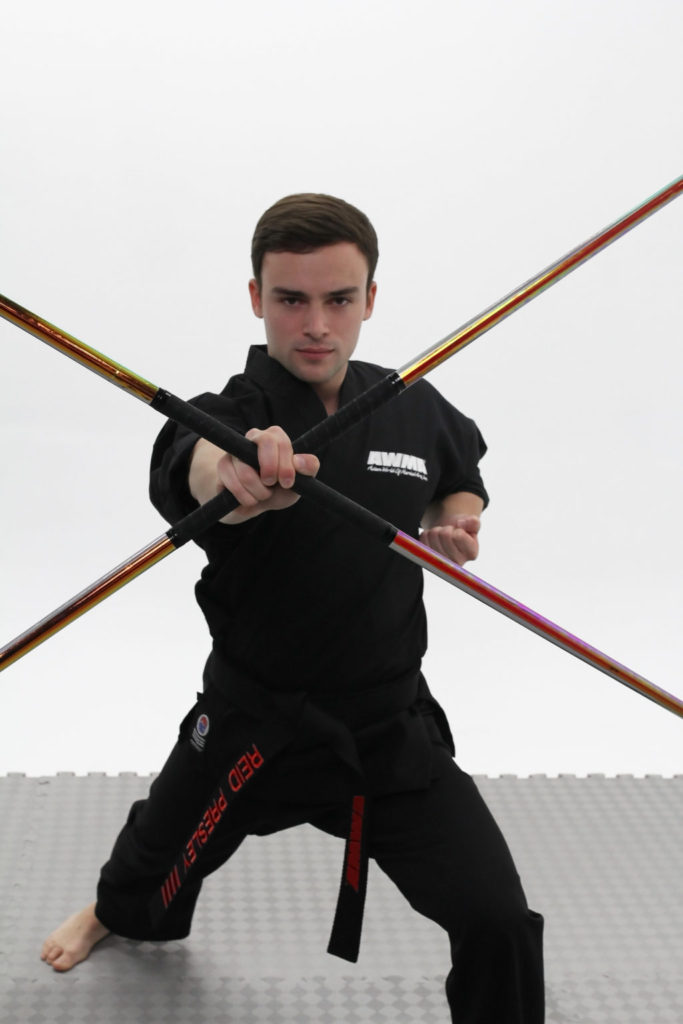 Reid is a 4th degree black belt in taekwondo with 17 years of martial arts experience and a passion for competitive martial arts and is a driving force behind the evolution of the double bo. A proud member of Team Paul Mitchell, Reid’s impressive list of victories includes NASKA and ISKA world championships, multiple world championships, two warrior cups, two Compete medallions, and three diamond rings. He was also the first ever Master’s Challenge winner at the Battle of Atlanta. In addition to travelling the world to teach and performing his double bo style, Reid is also pursuing a business degree at Cumberland University where he is a regular on the dean’s list. He’s also performed in the Macy’s Thanksgiving Day Parade, Into The Badlands and multiple commercials. Reid, whose goal is to inspire the next generation to pursue their dreams, has also spent time traveling with Sideswipe to entertain families stationed at Navy bases in Italy and Guam and has traveled to teach with Hyper in Europe, South America, and Australia.

“My signature bo staff series combines style, durability, and uniqueness to give you a bo staff that will meet every single or double bo need,” Reid says. “I have been using my pair for all of my major events and couldn’t be happier with the performance results. Not only were these bos designed to have incredible balance, they have allowed me to focus on my routine and not worry about whether or not they will fail me mid performance. I know you will be more than happy with this bo.”

Are you a fan of the Presley Brothers? Are you excited about their new gear? Let us know in the comments!

And don’t forget to check out our online store. It’s the only place to get these amazing new products.