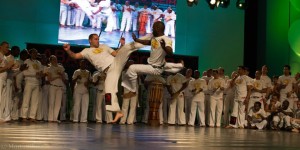 “I first knew of Capoeira through the video game Tekken 3.” That’s what French practitioner Milho Verde said to me about how he first got involved with the art. “I liked the character of Eddy Gordo.” 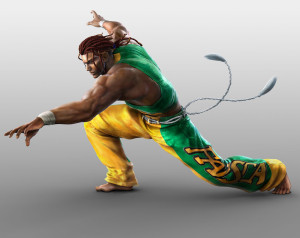 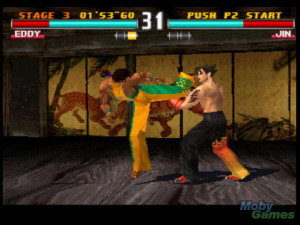 “I immediately fell in love with the sport and started searching for a teacher in Paris.”

In 1998 he found one, Professor No. Milho Verde’s been studying with him ever since. 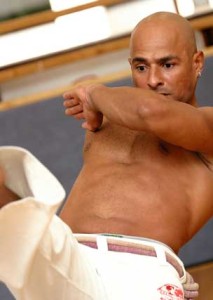 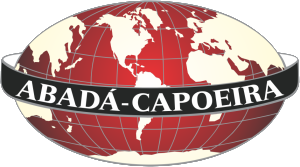 Professor No belongs to an association called Abadá Capoeira, the largest in the world. Created by Mestre Camisa. They practice all forms of Capoeira including Angola, Benguela, Santa Maria, Regional (Sao Bento Grande) and Luna. 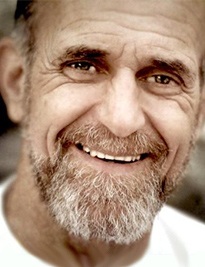 Mestre Camisa, who lives in Rio de Janeiro, started training in the 60’s with his older brother Camisa Roxa. When Mestre Camisa was 16 years old, after touring with his brother and giving exhibitions, he started teaching in several schools in Rio.

His teacher was Mestre Bimba, one of the fathers of modern Capoeira. 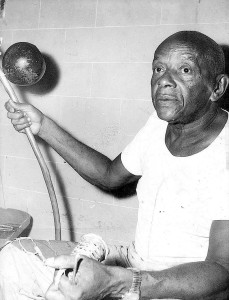 Capoeira is a martial art that was developed by the slave communities in Brazil in the mid 1600’s. It involves elements of dance, acrobatics and music. The slaves couldn’t practice the martial movements in the open and so the practice was hidden in a kind of game. 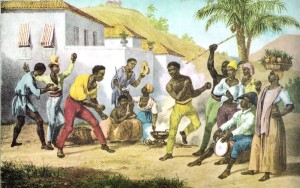 The capoeiristas make a circle, called the roda. Music is played with traditional instruments, usually the berimbao and the pandeiro. 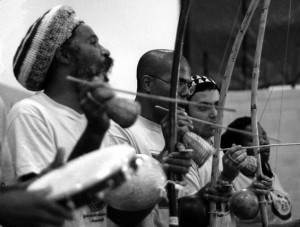 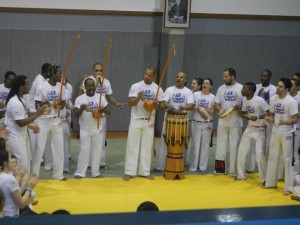 Then the capoeiristas challenge each other to go into the circle and play. It’s interesting how the actual practice is called a game and has an element of playfulness to it. Remember how Milho Verde first got interested in the art.

Capoeira remained forbidden in Brazil for years, even after the end of slavery. Capoeiristas became mercenaries and henchmen, even raiding Rio de Janeiro at some point.

In the early 1930’s Mestre Bimba gave an exhibition at the Governor’s Palace in Bahia.  He was successful in somewhat legitimizing the art and lifting the ban that had existed since 1890.

Today Capoeira continues to be not only sport and a martial art but also an important part of Brazil’s cultural legacy.

“Capoeira is an art of life,” says Mestre Camisa who founded Abadá Capoeira. “Like many martial arts, the philosophy and techniques taught are designed to help the practitioner meet the challenges of life in a more serene way.”

Milho Verde means “green corn.” His teacher gave him the nickname because of his blond hair and how young he was when he got started. That was 15 years ago. Milho continues to practice and apply the principles passed on to him by his masters.  He won the French Open in 2010 and 2013 and the European Championship in 2013.

Check out this match at the European Championship. 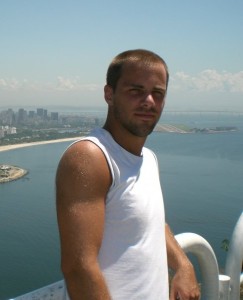 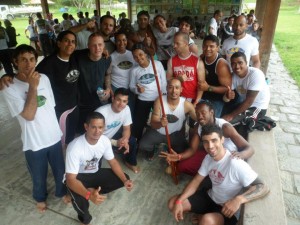 “Today I have only one desire, to promote the sport in order to transmit the Afro-Brazilian culture that is the foundation of this art.”

Milho Verde teaches in Paris and Boulogne. He lives the legend every day, a dream that came to him originally from a video game, but has turned into a lifetime pursuit of martial excellence, courage and self discovery.

*For more information on Milho Verde and Abadá Capoeira go to www.vidadecapoeira.com