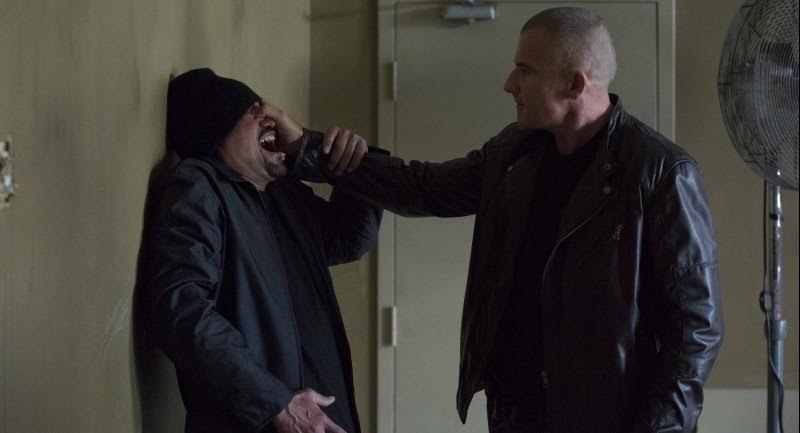 Gridlocked, a new action thriller about a former SWAT hero and a bad boy actor who are forced to work together to stop a group of mercenaries from taking over a police training facility, is having a pretty exciting week. In addition to celebrating its DVD and digital release yesterday, it’s also enjoying a high-profile screening at the Shanghai International Film Festival as part of Jackie Chan Action Movie Week.

Asian World of Martial Arts recently had a chance to catch up with writer/director Allan Ungar and star (and former real life Karate Kid) Cody Hackman before they left for Shanghai. Here are some highlights from our conversation: 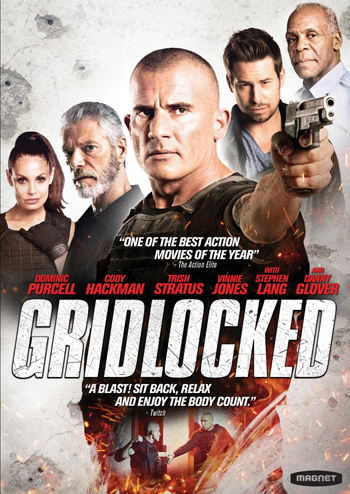 When you’re making a big action movie with a small independent budget, one of the many things that you have to sacrifice is the amount of time that you have to prepare your stars for their physically demanding performances. And if you’re not willing to skimp on the quality of your fight scenes, that means that you have to get creative.

For Allan Ungar, the writer and director of the ’90s action flick-inspired Gridlocked, that meant actively seeking out actors who were already capable of kicking butt.

“And if they weren’t, we were going to work them as hard as we could to look like they could,” Ungar says.

The cast that Ungar and his team assembled were pretty tough to begin with. Dominic Purcell, who stars as former SWAT leader David Hendrix, boxes recreationally. Trish Stratus, who plays the highly skilled guard, Gina, was one of the best and most important female professional wrestlers of the ‘00s. Even Cody Hackman, who takes on the role of the spoiled and scandalized (and physically unskilled) movie star, Brody Walker, is a former champion and second degree black belt in Shotokan karate. He currently takes Muay Thai and Brazilian Jiu-Jitsu for fun and fitness purposes.

They were all game to learn more, though, and that’s exactly what they did with their limited amount of training time. In addition to working with stunt coordinator Neil Davison, they also got some outside help from their characters’ real life counterparts.

“We brought these guys in from the JTF2, the Joint Task Force. I mean these guys are The Expendables, they’re the real deal. We ran weapons drills with them and we literally just put [the cast] through boot camp,” Ungar explains. “We also did a lot of hand-to-hand close quarters training. We brought in another special forces operator and he was there to teach the actors different skill sets like ocular manipulation. It was very inventive and the actors loved it.”

When Purcell and Stratus weren’t filming, they’d come in to sharpen their skills on set. The results on screen speak for themselves. “The stunt coordinators were blown away by how quickly he picked everything up,” Ungar says of Purcell. “He pretty much did all of his own stunts.”

Ungar adds that Stratus “defied and totally exceeded every expectation” he’d had for the role. “She busted her a**. She came in on weekends, doing rehearsals, choreography. She just gave it her everything. She killed it.” 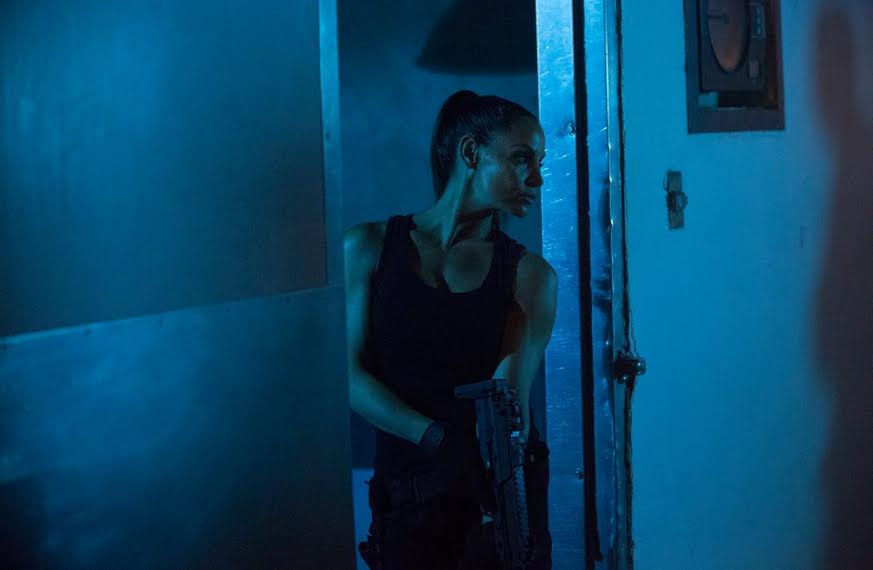 Stephen Lang, the screen and stage veteran who plays Gridlock’s primary villain, was a little concerned that he wouldn’t be able to keep up. “He came up to us, joking, and said ‘By the way, I think you guys are under the impression that, for this big final fight scene, I’m going to be able to do everything, but I’m not as skilled as you think I am! I’m still just a theater actor,’” Ungar recalls. But he also insists that Lang, who was 62 years old while they were shooting the film, was in “amazing shape” and did just fine. “He did pick stuff up pretty quickly as well. He gave it his all.” 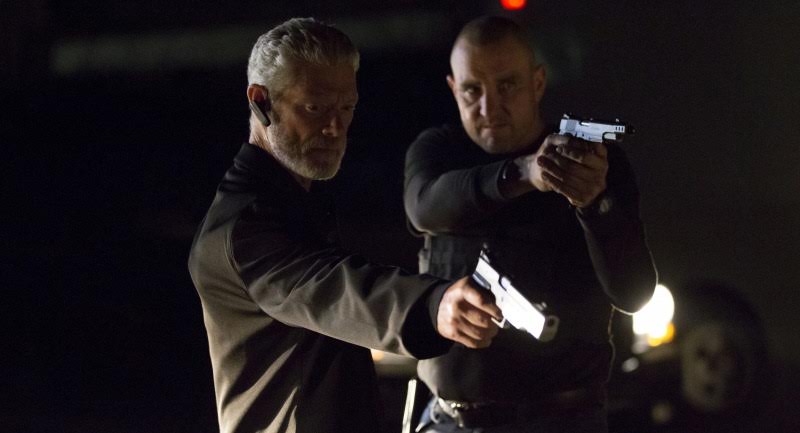 The only cast member who didn’t get to join in on the fun was Cody Hackman. Because he was playing a somewhat sheltered actor who had no previous fighting experience of any kind, Ungar didn’t even want him to learn how to handle a gun. And when his character finally did get a piece of the action toward the end, Hackman essentially had to forget everything he knew about martial arts and hand-to-hand combat to play the scene properly.

Here’s a taste of the skills that he had to hide:

Even though it was challenging to act like a fighting neophyte – and frustrating to have to sit out while everyone else was having a blast with their training – Hackman was happy to take on a less physical role in the movie. He got to show off his martial arts skills as the star (and co-writer) of Ungar’s previous offering, the Karate Kid-meets-MMA family film Tapped Out, and he doesn’t necessarily want to get typecast at this point in his career. “I don’t really want to be known as a Jean-Claude Van Damme, with all due respect to him,” Hackman says. “I’m more transitioning into acting now and I don’t want to be one of those action stars where you can’t watch them act, where you’re only watching for the fighting. So, with this role, it allowed me to actually show my acting skills, as opposed to my fighting skills, which was not a bad thing, either.”

And when he wasn’t working, he was able to play around with the stunt choreographers and JTF2 experts a little bit.

For Ungar, who grew up the kind of ‘90s buddy cop action films that Gridlocked pays tribute to (“That’s why I’m here,” he says. “Those were what got me into this in the first place.”), getting the old-school action just right was incredibly important. “We really wanted to stray from this new tent-pole CGI world where we’ve got stunt doubles doing everything, and we wanted to make sure it was as authentic and gritty as possible. We wanted fans of Purcell and Trish to look at the screen and know that it’s them.”

So far, fans have been impressed with their efforts. Gridlocked and its fight sequences have been incredibly well received by fans and critics since it premiered at Austin, Texas’s famous genre film festival, Fantastic Fest, last September. It’s been winning action-loving hearts on the festival circuit ever since.

And Ungar has been just as impressed by the film’s performance on screens across the globe as he was with his stars’ performances on set. “It’s a gratifying experience, and we’re also very humbled by it.”

action moviesAllan Ungarawesome actionclose quarters combatCody HackmanGridlockedTapped Out
« Previous PostTraining Lessons We Can Learn From The Late, Great Muhammad Ali Next Post »MMA on the Road: Pop Stars Demi Lovato and Nick Jonas Plan to Train Together While on Tour This Summer