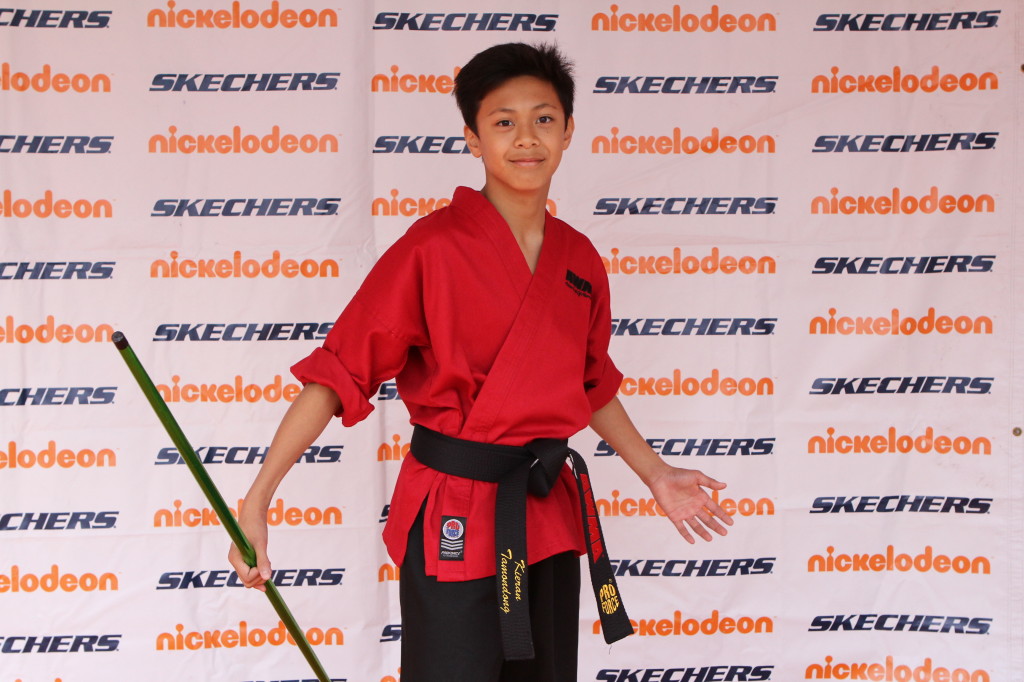 Last Sunday, October 9, SKECHERS hosted the 9th annual Pier to Pier Friendship Walk in support of the brand’s SKECHERS Foundation and the Friendship Foundation. Over 14,000 people signed up to participate in the 3.4-mile charity walk in Manhattan Beach, California charity event, Footwear News reports. The event, which also included appearances and performances by celebrities like Brooke Burke-Charvet, Denise Austin, and boxing legend Sugar Ray Leonard, raised over $1.8 million for programs that aid children with special needs.

One of the celebrities who performed was our very own Kieran Tamondong. Here’s the AWMA-sponsored athlete in action (and sporting his red and black ProForce karate uniform and belt) at the event:

Kieran has been keeping busy since we last checked in on him this past February, when his first commercial for the Power Rangers Ninja Steel toy series. In addition to school, and steady karate training and competition, Kieran has also been hard at work in his acting career. He’s shot three pilots that are now in post-production and will be busy auditioning for the pilot season this coming January. In the mean time, he has also appeared in a second Power Rangers spot. It might be even cooler than the original ad:

That’s not the only commercial that Kieran has appeared in recently, either. He’s also shown off his excellent karate skills in the new spot for Cadbury’s “Yowie” candy.

Kieran’s talents extend far beyond his awesome martial arts technique, too. He also appeared in a Be Your Best Snackdown segment with Peyton Elizabeth Lee and Jenna Ortega that’s currently airing on the Disney Channel. It’s also available on YouTube.

Spoiler alert: Kieran might be a little less successful at cooking competitions than he is on the karate circuit.

Speaking of karate competition, Kieran is also busy on that front. Although we’re going into the off-season for tournaments, he’s hard at work in the gym, training and preparing for the events ahead in 2018. We’ll be sure to keep you updated on Kieran’s victories – and the success of the rest of the AWMA team – in the new year! 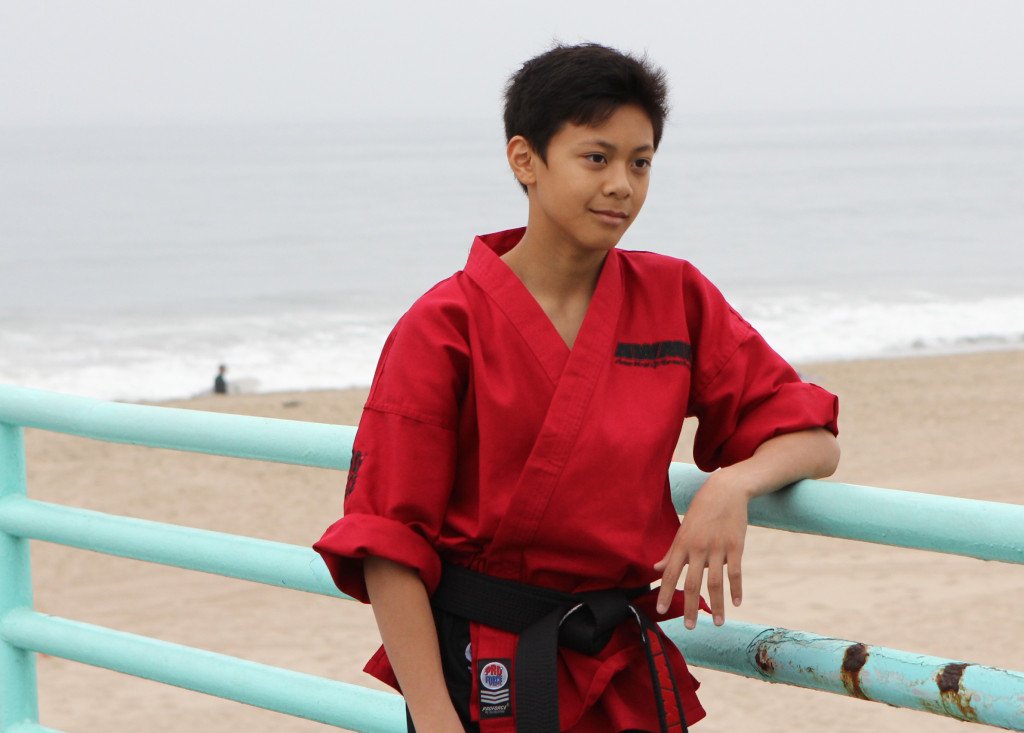 What do you think of Kieran’s latest work? Are you excited to see what he does next? Let us know in the comments!

And be sure to check out our online store. Whether you want to be a star like Kieran or stay under the radar at your local gym, we’ve got all of your karate training needs covered.