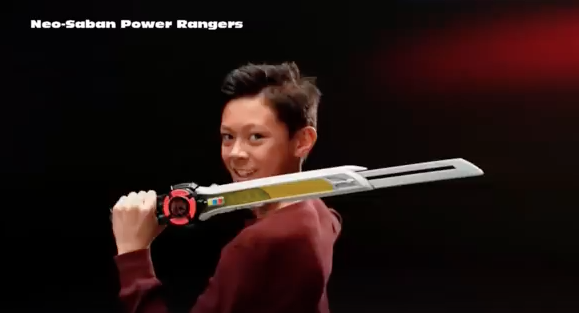 When AWMA-sponsored athlete Kieran Tamondong was 7 years old, he dressed up as his favorite Mighty Morphin Power Ranger for Halloween. Now the multiple-time karate world champion, actor, and Little Big Shots star gets to play the Red Ranger in a brand new ad for the Ninja Steel Morpher and DX Ninja Steel Sword toys from the Power Rangers Ninja Steel series.

The gig was a dream come true for Kieran, who has been a Power Rangers fan since he was in pre-school. “When I was 6 years old, my family and I went to Tokyo for vacation and I remember going to a theme park that had a section that was all about the Power Rangers.  It was so much fun!” he told the AWMA Blog in a rare break between his karate practices, auditions, and radio interviews.

He says the TV shows, movies, and toys actually helped to inspire his current karate career. “One of the biggest reasons I started taking martial arts classes was because of the Power Rangers. I thought the moves looked like the Power Rangers characters on the TV. It made me want to practice karate all the time. I believe that it helped me become the martial artist I am today because it helped me keep a strong interest in karate when I first started.”

So when his dad first told him that he was being considered for the commercial, Kieran was excited. But he didn’t want to get his hopes up too much. “For the past few years, Saban, the company that owns the Power Rangers, have used the same boy in all of their TV toy commercials. I figured that Saban probably wouldn’t be looking at anyone else… at least not any time soon. Besides, if they were to look for another kid, it would probably involve a long audition process. They would first look at many different kids from all over. Then they would narrow it down to a few and then the executives at Saban and Bandai (the toy maker) would pick the actor.” 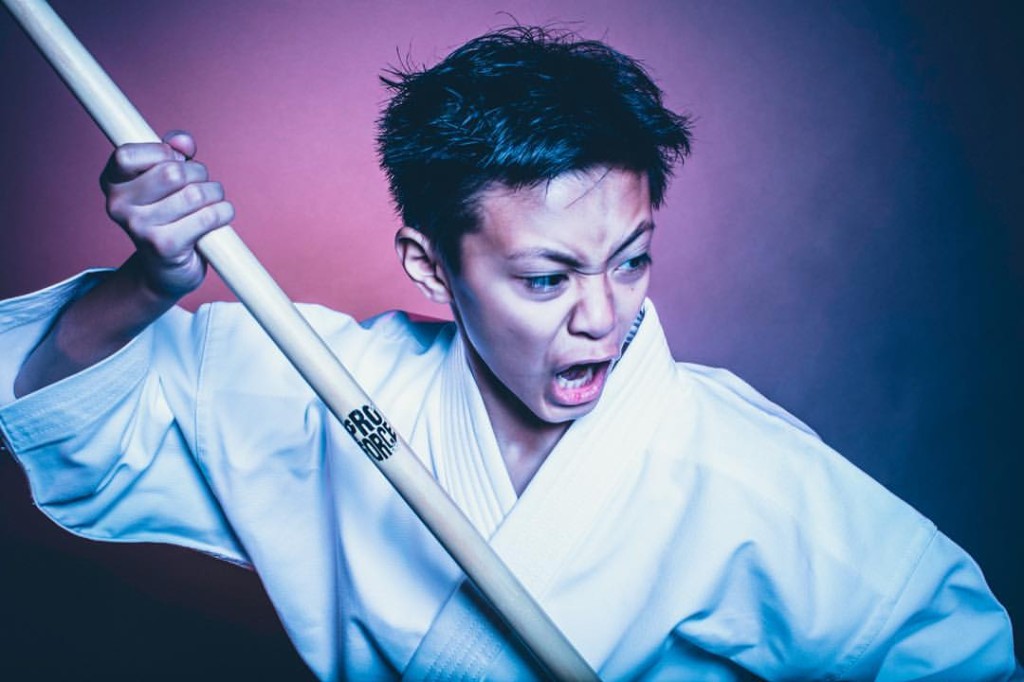 Kieran in his ProForce Gear

It turned out that they were looking for a new face, though, and Kieran had already been on their radar for quite some time. Kieran immediately shot a test video for the production company behind the commercial, and then he took off for a karate tournament in Miami. On the second day of competition, he got the big call. “We were in the hotel room when my dad told me they awesome news. He said I got the part and we start shooting when we get back to LA. I was so happy!  I hugged my dad so tight (I think I cried a little too). It was one of the happiest moments of my life. I just felt so fortunate that one of my childhood dreams was coming true. I am so honored to be able to represent Saban, Bandai and the Power Rangers.”

Shooting the commercial itself was pretty exciting for Kieran, too. “It was so amazing and I had so much fun. I was the only actor on set so it was really cool being ‘the star’ and getting all the attention. I’m also glad that both my mom and dad were there to experience it with me. The director, producers and the entire crew are all so smart and I’m thankful for all of them being so patient with me. In many ways, they were like my sensei, my coaches and my instructors. They taught me a lot. They are all experts in what they do and I learned so much from them.” 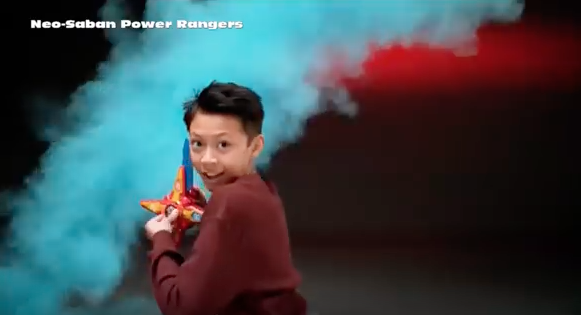 It was a challenging and physically intense shoot, but Kieran says that his martial arts training helped him roll with the punches (and flips) involved in being a Power Ranger. “There were some moves that didn’t work or scenes that required multiple takes or had to be re-shot in different ways.  It was only a 30 second commercial but it took an entire day to shoot. At the end, I was so exhausted when it was over. However, I really believe that being dedicated to martial arts really has prepared me well for this. It is similar because I am always working so hard for the ‘perfect performance.’ In the end, whether its acting in a commercial or doing karate, I know I am always learning.”

Kieran says that he hopes everyone enjoys the finished product, “especially kids and Power Rangers fans.”

He also tells us that he hopes he’ll gave the opportunity to work with Saban again later this year. “Stay tuned :)”

Are you a Power Rangers fan? Are you excited about Kieran’s new commercial? Let us know in the comments!

And be sure to check out our online store for all of your karate needs – just like Kieran!