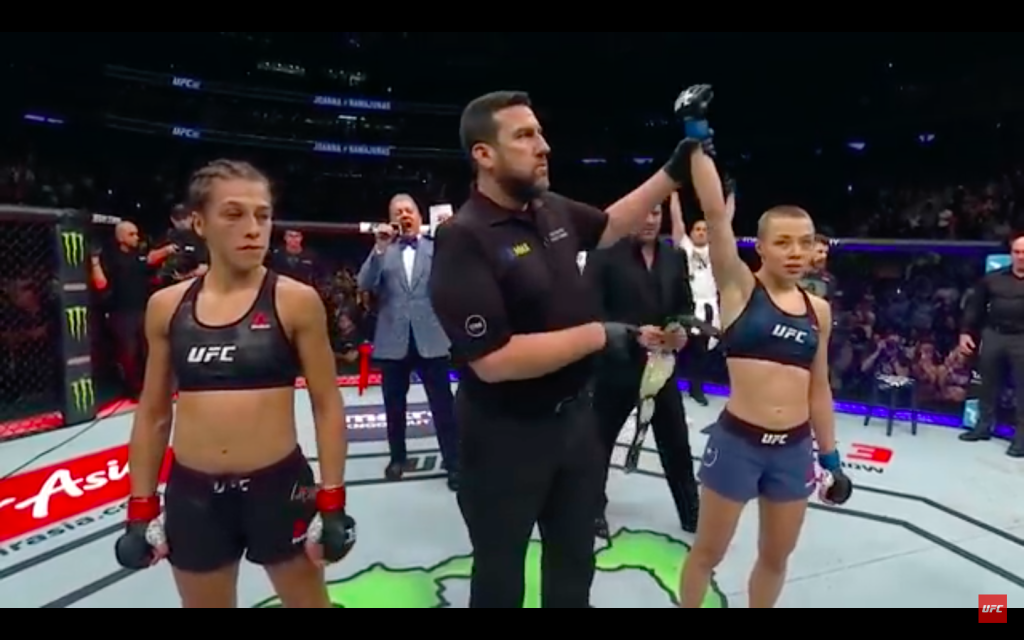 After a number of so-so cards lately, the UFC scored a major hit with UFC 217, which took place in New York City’s famous Madison Square Gardens last Saturday, November 4 and was broadcast around the world of pay per view. Match after match, the event provided solid fighting skills and stunning finishes, turning a promising, star-studded night into one of the best – if not the very best – UFC events of all time. As the underdogs started to prevail and the post-fight interviews started to take on a more serious tone, though, something else just as interesting began to happen that night: respect returned to the UFC.

North America’s most recognizable mixed martial arts promotion has been going through an awkward growth spurt when it comes to attitude and personal conduct in the past few years. And their efforts to balance WWE-style theatrics and feuds with the humble nature that is the foundation of most martial arts training has had, at best, mixed results. Conor McGregor, already a rising talent thanks to his skills both in the cage and on the microphone when he joined the UFC, took the company by storm with his Ric Flair-like bravado and quips. But for every clever smart line the multiple weight class champion delivered about his wardrobe and prowess, he made even more unnecessary and hurtful shots at his opponents – and at entire groups of people. One of his press conferences to promote his 2016 fight against Nate Diaz ended with the pair hurling water bottles at each other like petulant children. It wasn’t his humor or his snappy banter that sold fights; it was his vulgarity and his cruelty.

Worse still, McGregor’s attention-grabbing antics set an ugly new standard for fighters in the UFC. If you want to get ahead, many soon realized, you have to attract attention. Which led to a generation of fighters half-heartedly calling each other out and attempting to toss insults at each other when it was clear in most cases that all they really wanted to do was fight. In some cases, it worked. A little psychological warfare can be an effective tactic when you’re preparing for a fight, and a little ribbing can be entertaining for audiences to watch. More often than not, it crossed the line into personal attacks and harmful language.

Joanna Jędrzejczyk, for example, seemed to have a handle on this delicate balance as she ascended to the top of the UFC Women’s Strawweight division. Giving an expired cookie to Carla “The Cookie Monster” Esparza before their fight, for example, was a clever way to tell the soon-to-be former champ that her time was up. Over the course of her reign as the Strawweight Champion, though, Jędrzejczyk’s pre-fight gestures toward her opponents became increasingly offside. Before their UFC 217 match, she went so far as to question the psychological state of her opponent, Rose Namajunas, and even alluded to the history of mental illness in the challenger’s family.

So when Namajunas defeated Jędrzejczyk in the first round to become the new UFC Women’s Strawweight Champion on Saturday night, it already felt like a victory for the underdog. Then she told the crowd that she was just a regular in person in the post-fight interview, adding “I just want to try to use my gift for martial arts to try to make this world a better place and change the world. This belt don’t mean nothing, man. Just be a good person. That’s it.” And it became something more.

In the headlining match of the night, Georges St-Pierre defeated Michael Bisping to become the new UFC Middleweight Champion, proving that one of the biggest stars in UFC history was back after a four year hiatus from the sport. In his post-fight interview, which was filled with geeky asides about building muscle, respect for Bisping, and even a couple of charming apologies for using crude language, GSP also proved that he was bringing his trademark humbleness and earnestness back along with him. “Martial arts is not about who’s got the biggest balls,” he told UFC announcer Joe Rogan. He them promptly apologized for saying the word “balls.”

To see both new champions entertain, inspire, and charm the crowd without once resorting to what’s come to be accepted (and celebrated) as trash talk in the UFC over the past few years was so refreshing for any martial arts fan who has felt at odds with the promotion’s shifting tone. Namajunas and St-Pierre both proved that you don’t have to be mean to be entertaining. That you don’t have to hurl epithets to get into your opponent’s head. That you can, in fact, behave like a martial artist and be a successful mixed martial artist.

Namajunas herself put it best in the post-fight press conference. “There’s just been a lot of trash talking and things like that. People that aren’t, I feel like, being true to themselves or being honest. I don’t know, maybe that’s just what they feel they need to do and it’s to entertain things. But I’m just kind of sick of it. I’m sick of all the hate and anger and stuff like that. I feel like we have a duty as fighters to be a better example. Martial arts is about honor and respect,” she said, elaborating on what she’d told the crowd just seconds after her victory in the Octagon.

“I’m just trying to be that positive light as much as possible. I’m not perfect, either. But maybe we’ll figure out a way to make this a better place. … I’ve said before leading up to this fight that I feel like its time for a new era in this sport. I think we have a great opportunity as fighters and athletes to be good role models. I’m by no means perfect, but I think we can try.”