The Live Action Mulan Adds Jet Li and Donnie Yen To Its Cast, Promises To Be A “Martial Arts Extravaganza” 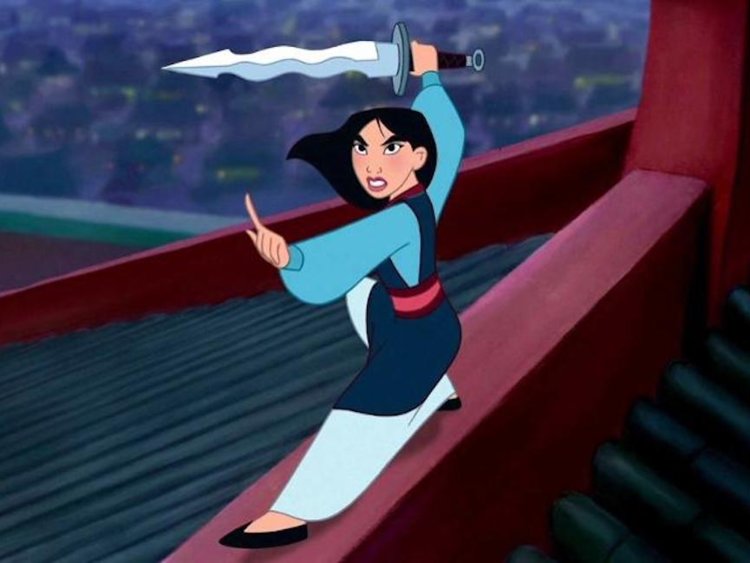 A scene from the 1998 animated feature Mulan.
Source: Disney

A month after she was announced as the director for the forthcoming live action Mulan film, Niki Caro, the visionary behind films like Whale Rider, gave Screen Crush a brief interview about what fans of the 1998 Disney animated classic could look forward to. “I haven’t started yet so I can’t give you any real detail. But the budget and the location and the story is offering such scope to me for [an] incredible, muscular piece of girly martial arts extravaganza in China. And I can’t wait,” she told the publication in early 2017.

Caro was so enthusiastic about this aspect of the film that she was planning to get in on the action herself. “I’ve got my little girl, she’s nine. We’re going to start learning mixed martial arts in preparation,” she said.

A year later, Caro certainly seems to be living up to that promise. While we won’t know for sure until we can see the film for ourselves in 2020, the current casting news surrounding the film would suggest that martial arts is a priority for everyone involved.

After an exhaustive search that included almost a thousand hopefuls, Chinese actress, model, and singer Liu Yifei, also known as Crystal Liu landed the film’s title role late last year. “The casting directors went on a year-long search to find the leading actress, looking for someone who could meet three criteria: English-language ability, martial arts skills and, perhaps the most ambiguous of all – star quality,” the South Morning China Post reported on December 1, 2017. “Liu fits the bill. She speaks fluent English, having moved to United States with her mother at the age of 10. She lived in Queens in New York district for several years before returning to China to enrol at the Beijing Film Academy.”

The 30-year-old has also been starring in martial arts films since her teens. Here’s a brief clip of her in action:

And that was just the beginning of Caro and company’s efforts to assemble the most skilled and gifted martial arts cast possible for Mulan.

On April 11, The Hollywood Reporter announced that martial arts legend Donnie Yen had signed up to play Mulan’s mentor, Commander Tung, in the film. If Yen’s first work for Disney, where he invented his own marital art as part of his preparation for Rogue One: A Star Wars Story, is any indication, the Ip Man’s considerable talents and vision will go a long way to making Caro’s vision of a “martial arts extravaganza” come true.

Although he needs no introduction, let’s take a moment to revisit some of Yen’s work in Rogue One:

Gong Li will be the villain in Mulan, reportedly playing a powerful witch. Considered one of China’s finest actresses, Li has starred in cinematic classics like Raise The Red Lantern, Farewell My Concubine, and The Story of Qiu Ju, which earned her two best actress awards at the Venice Film Festival. She’s also appeared in American films like Hannibal Rising and Miami Vice. Although she is primarily a dramatic actress, Li took on her first action role as The White Bone Demon in The Monkey King 2. It was a pretty impressive debut:

Jet Li is, of course, Jet Li. The highly decorated Wushu competitor turned international star of action films like The Shaolin Temple series, Lethal Weapon 4, and Romeo Must Die will be playing the pivotal role of the Emperor of China in the film. It’s the Emperor’s order for the more troops, conscripting one male from each household, that forces Hua Mulan to disguise herself as a man to spare her elderly father from military service.

Here’s an extended collection of some of his best fight scenes to remind us all of just how great Jet Li is:

As we get closer to filming, we should hopefully learn more about this star-studded cast of promising new action stars, veterans, and martial arts royalty and their efforts to train and prepare for their roles. We’ll keep you updated on all of the latest martial arts developments as we start that long, agonizing countdown to the live action Mulan’s scheduled theatrical debut in the spring of 2020.

Are you excited about the live action Mulan? What do you think of the cast? Let us know in the comments!

And check out our online store. We’ve got everything you need to become the next Liu Yifei… or even the next Jet Li!