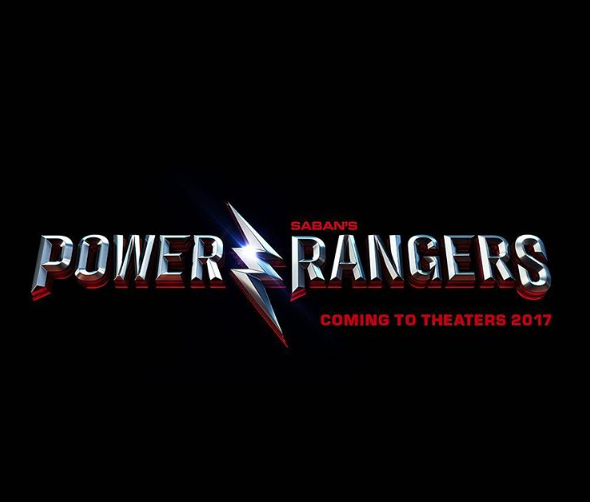 As most of you are probably well aware by now, there’s a brand new big budget film adaptation of the beloved ‘90s martial arts-tinged franchise Power Rangers currently in production, and the first hints about what this flashy new feature will look like are starting to be released now.

We got our first look at Elizabeth Banks as the group’s arch enemy, Rita Repulsa a couple of weeks ago. She’s looking a little more menacing and a little less covered in her new incarnation.

After 10,000 years, she’s free! @ElizabethBanks IS #RitaRepulsa in the #PowerRangersMovie – Coming to theaters 2017…

And last week, Entertainment Weekly gave us a glimpse of the Power Rangers’s new uniforms. They’ve changed a bit, too.

Go Go Power Rangers! Check out this behind-the-scenes sneak peek of the Rangers! #PowerRangersMovie – Coming to theaters 2017 A photo posted by Power Rangers (@powerrangersmovie) on May 6, 2016 at 9:17am PDT

In fact, the new armor is even more protective and elaborate than the Metallic Armor that showed up in a handful of episodes in the TV series. (Which, in all fairness, really was just a glittery sheen on their regular outfits.)

Although the shiny and somewhat bulky new exoskeletons are a far cry from the original show’s iconic lycra bodysuits and glorified motorcycle helmets, the film’s director, Dean Israelite, insists that they were at least thematically if not esthetically inspired by their source material . “The show was about kids coming of age, about metamorphosis,” he told Entertainment Weekly. “These suits needed to feel like they were catalyzed by these kids and their energy, their spirit.”

Talking about both the story behind this protective transformation as well as the challenges that come with creating a unique suit in today’s comic-heavy cinematic climate, production designer Andrew Menzies said “It’s tricky finding a new language for a superhero. Ours is an alien costume that grows on them, that’s not man-made.”

On the topic of the potential response to the new look, Menzies added: “You can’t win everyone over, but we are trying to appeal to a more mature audience and gain new fans.”

The designer was on to something when he predicted that they wouldn’t be able to please everyone. Fans quickly took to Twitter to complain about the new suits, calling theme everything from “overdesigned,” “odd cosplay,” and even “a very intense handful of skittles.” And outlets like Complex and The Mirror quickly compiled those 140 character complaints into stories with headlines like “Twitter Reacts to ‘Power Ranger’ Reboot’s New Suits,” and “First look at new Power Rangers suits sends social media into a frenzy.”

The fans who are complaining that the new suits are ruining their childhood aren’t really being fair. A modern day blockbuster based on a low-budget children’s show from the ‘90s (which itself was based on and used action footage from a low-budget Japanese children’s program from the same era) was never going to look exactly like its original inspiration. For one thing, our current wave of ‘90s nostalgia has not yet embraced the neon spandex that so many of us loved so much back in the day. Those stretchy bodysuits would look pretty anachronistic right now. 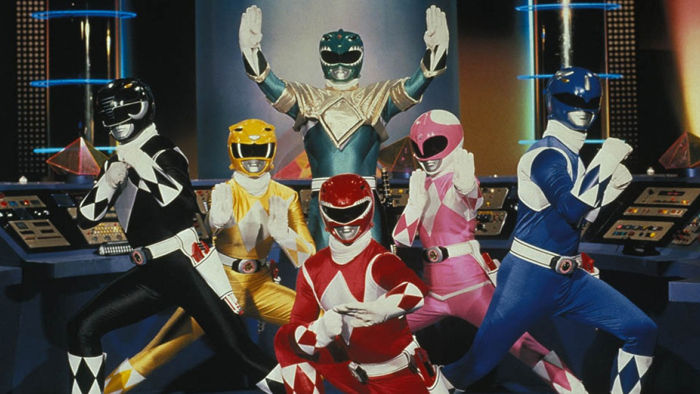 Besides, a certain amount of creative license is to be expected with any big production. Costume designers have been taking whimsical liberties with the armor of their source material since a man named Carl Emil Doepler added some horns to the helmets of the viking costumes he was making for a performance of Wagner’s Der Ring des Nibelungen in 1876.

If you’re interesting in learning more about the genesis behind our society’s erroneous belief in the idea that Vikings wore horns, VOX recently made this great primer on the subject:

But it’s not completely outlandish to be concerned about the new Power Rangers look, either. The best Hollywood armor tends to be protective gear that makes sense for its character and complements their fighting style, like Snake Eyes’s modernized ninja gear in the G.I. Joe movies, or Iron Man’s technology-heavy suit in the Marvel franchise, which allows a brilliant playboy with a less than studied combat background get into some intense battles without undue risk to his person. The new Rangers don’t fight like Iron Man, so why do their suits look so similar? Wouldn’t they be a little too stiff and bulky to accommodate the kind of monster-kicking acrobatics that we’ve come to expect from the team? Isn’t the female Rangers’ globe-shaped breastplate armor, as writer Emily Asher-Perrin argued in a fascinating 2013 article for Tor, actually quite dangerous for the person wearing it? And aren’t those chunky wedges on the girls’ boots going to have a negative impact on their movement in the heat of battle?

It’s not pedantic to care about this kind of stuff, either. Outside of disciplines like Kendo, what we’d traditionally consider armor isn’t used much in modern day martial arts, but we still employ many of its descendants – like headgear and Muay Thai shinguards, for instance – as protective gear in our training. And armor isn’t just an important tool in our training and competition, either. It has also played a fundamental part in the development of some martial arts, like the way that fighting in and fighting against heavy armor helped to shape what we now call Japanese old style jujutsu between the fourteenth and sixteenth centuries. Amor has both historical and modern significance in our world.

As anyone who loves martial arts both in real life and in fiction knows, the relationship between what looks good on the big screen and make makes sense in our world can be a weird one, but it has to exist. If there’s no hint of reality in the action, it can all start to look a bit too cartoony and silly. Unless, of course, it’s a wuxia film that involves some highly stylized flying. The same is true for what fighters wear. If it doesn’t make any sense for the characters, it doesn’t matter how cool it looks, it’s going to take us out of the moment and seem absurd.

Whether or not these new Rangers suits will work in the context of the new movie remains to be seen. Maybe the alien technology involved will also make it super light and flexible. Maybe said aliens are also aspiring fashion designers and they just really like wedges and have found a way to make them functional. Maybe the shiny new vision of the suits will look perfect when pitted against the shiny new visions of the monsters that are sure to be on their way. Or just maybe we’ll have all of our concerns confirmed. We’ll just have to wait until the movie’s release in 2017 to see how all of this unfolds.

And if you’re looking for some modern day protective gear of your own, check out our extensive selection of sparring equipment at AWMA.com.

At-Home Workouts: 7 Types of Cardio Training You Can Do At Home

How to Clean and Care for Your Martial Arts Gear

Solo Martial Arts Drills That You Can Do At Home

Martial Arts Hygiene: How To Protect Yourself And Show Courtesy To Your Training Partners