5 Reasons To Get A Karate Belt Display Rack 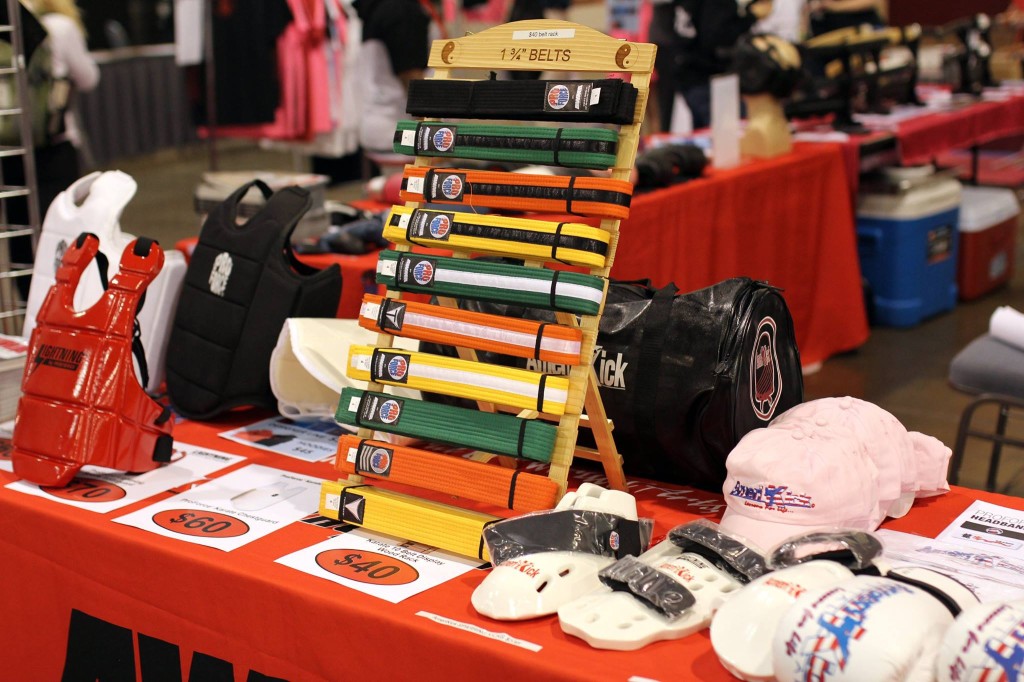 So you’ve started taking martial arts lessons in a discipline with a grading system based on colored belts – like karate, Tae Kwon Do, judo, or, jiu-jitsu – and you’ve earned your first promotion. Or maybe you’re a black belt who still has every other belt that earned along the way. Wherever you are on your martial arts journey, there’s a good chance that you’ve found yourself wondering what to do with all of your old belts.

You obviously can’t use your past karate belts anymore, because they no longer represent you and your achievements as a martial artist. But you probably can’t let go of them, either. Unlike other martial arts supplies, which can be donated or disposed of when they’re no longer useful to you, karate belts have sentimental value and a deep meaning to the person who earned them. So what other options are there? Here are five reasons why karate belt displays might be the right solution for you:

1. It helps you celebrate what you’ve accomplished.

Every single stripe, sash, and belt that you earn while training is something to take pride in. No matter what your style and what your goals are, martial arts are demanding on every level and require the full investment of your body, mind, and soul. A good instructor won’t just hand a new belt to you. You have to earn your promotions through dedication, hard work, and a thorough understanding of the curriculum and the philosophy of your rank. Why not recognize your discipline, your skills, and your achievements by proudly displaying all of the belts that you’ve earned so far on a karate belt rack?

2. It inspires you to reach the next level in your training.

Of course, celebrating what you’re already accomplished doesn’t mean that you want to rest on your laurels. One of the most exciting – and occasionally frustrating – things about martial arts is that there’s always more to learn. A karate belt display doesn’t just hold the belts you’ve already earned, it can also have spaces for the ones that are still in your future. It’s a reminder of where you’ve been and what you’ve put into your martial arts journey so far, but it’s also a nudge to keep going. As long as you train and as long as you live, there will always be more belts to earn (and, when you’re a black belt, more degrees to attain), more techniques to master, and more self-improvements to pursue. A good belt rack can be like a motivational poster that reminds you of all of those facts. 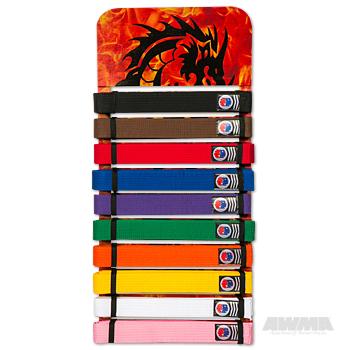 3. It keeps you going, even when things get tough.

In our 2015 holiday gift guide, AWMA-sponsored athlete Shahin Jahanvash said that karate belt displays are also a great way for gyms to retain students. We can guess why that works so well.

Martial arts practice isn’t all highs and enthusiasm. Anything worth achieving in life isn’t always going to be fun. So when you’re feeling down and you want to quit, you can look to your belts to push you forward. When you feel like you can’t train or compete anymore, you can look to your previous accomplishments to remind you of how far you’ve come, and how strong you’ve been to get this far. When you start to doubt your future in martial arts, your belt rack can remind you of all of the things that you still want to do – and why it’s worth it to keep pushing.

4. It keeps you organized.

Let’s face it: martial arts can get messy. And we’re not just talking about how sweaty you get while training and competing. Lugging your uniform, karate belt, protective gear, and more to and from the gym and finding somewhere to store it at home can get pretty sloppy pretty fast if you’re not careful. And if it’s hard to organize and store the martial arts supplies that you’re using regularly, imagine how challenging it can be to find somewhere neat and tidy to keep the karate belts that you’re not wearing anymore.

A karate belt display isn’t just a great way to show off your belts. It’s also a way to store them where they won’t get tangled, dusty, or forgotten.

If you love martial arts enough to train in them, you probably also love talking about martial arts. Maybe you want to tell a good anecdote about a recent tournament, or have a thoughtful discussion about the philosophical components of martial arts. Or maybe you want to talk a friend into giving a class or two a try. Whatever the case, what better way to pique your family and friends’ interest than with a karate belt display and all of the karate belts you’ve earned so far?