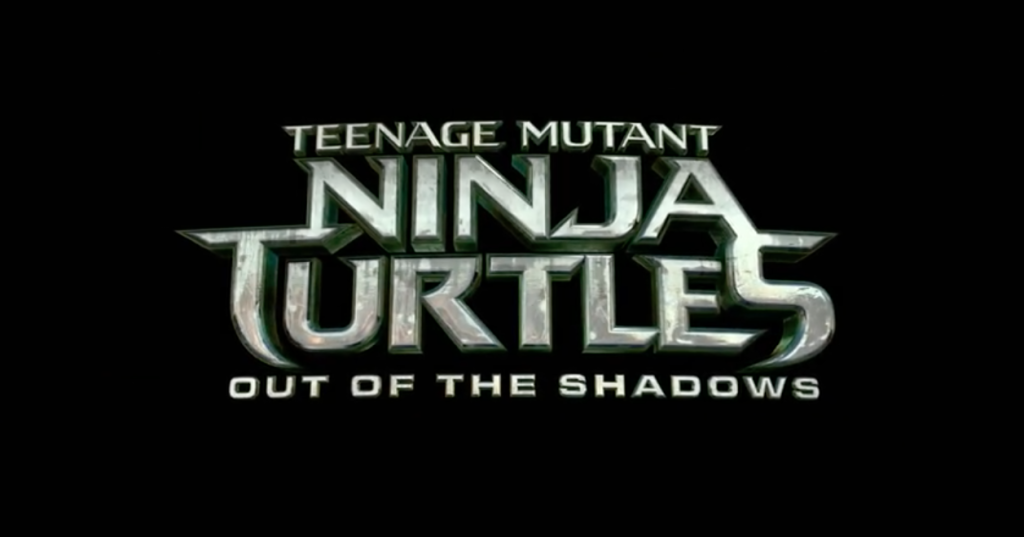 This past Monday, just a few short weeks after Teenage Mutant Ninja Turtles II: The Secret of the Ooze celebrated its 25th birthday, Paramount Pictures released two new TV trailers for Teenage Mutant Ninja Turtles: Out of the Shadows. Although it’s still too early to tell for sure, all early signs suggest that this film will have a lot more in common with the original live action films than its predecessor did.

Teenage Mutant Ninja Turtles, the 2014 live action reboot produced by action/ explosion master Michael Bay, was far from a commercial nightmare (here are the official Box Office Mojo stats, if you’re curious), but it wasn’t a hit with critics, clocking in at a paltry 22% on Rotten Tomatoes and it didn’t fare much better with audiences. Old school Turtle fans, in particular, weren’t fond of the film’s lack of interest in staying particularly true to the tone or the characteristics of the first batch of live actions films (Teenage Mutant Ninja Turtles in 1990, II in 1991 and III in 1993), the cartoon (1987-1996) or in the original comics created by Kevin Eastman and Peter Laird and first published in 1984. While still technically an action comedy, it wasn’t as much fun as the ‘80s and ‘90s takes on the franchise, and was only marginally better than the mostly forgotten 2007 CGI-animated feature TMNT. Beloved secondary characters like Shredder’s less than totally capable henchmutants Bebop and Rocksteady, who were originally rumored to be in the film in some form, were absent from the final product.

When the first trailer for Out of the Shadows premiered last December, though, fans of the old vibe and characters got their first taste of hope. Bebop (Gary Anthony Williams) and Rocksteady (WWE’s Sheamus, who beat out former WWE star turned UFC hopeful CM Punk for the role) were there. So was Casey Jones, now played by Arrow’s Stephen Amell (who will never quite replace the original movie Casey, Elias Koteas, in this blogger’s heart). And so was some of the goofier, campier vibe of old.

A similarly promising commercial aired during the Super Bowl on February 7. And now we have these two new TV spots. The first gives us a better look at Casey.

The second lets us a see a little more from pre-mutation Bebop and Rocksteady.

Both give us hope that Out of the Shadows might be a decent combination of the reboot universe and the old school spirit.

There is one intriguing way in which the new movie won’t be anything like The Secret of the Ooze, though: The Turtles’ weapons appear to be getting at least some action. As Uproxx pointed out in their 25th anniversary retrospective look at The Ooze, that sequel rarely features the characters fighting with them.

“Leonardo’s katanas and Raphael’s sais only leave their slings to serve as threatening decorations,” Uproxx’s Andrew Husband writes. “As for Michelangelo’s nunchucks, they generally stay at his side – except when he replaces them with sausage links in the opening scene for comedic effect. All of the second movie’s major action sequences feature hand-to-hand combat, but even these battles take the form of extended conversations rife with one-liners and the occasional escape plan.”

Donatello did get to continue using his bo staff, though.

This was done in an effort to appeal to and protect the movie’s younger audience. After the release of the first film, the Los Angeles Times released a story in which doctors and child care experts expressed their concerns about the film’s violent influences for younger fans.

Although the studio and filmmakers have never admitted on record that this influenced the second film, Uproxx believes there’s enough evidence to suggest that it did have some bearing on the fight choreography for The Secret of the Ooze.

This blogger is a firm believer in age appropriate viewing, and not exposing young viewers to themes and behavior before they’re mature enough to understand what they’re seeing and not try to imitate it in real life under unsafe conditions. But I’m also one of those young fans of the cartoon and original movies from the ‘90s and I can honestly say that the Turtles ended up having a positive influence on my life. In fact, you might not be reading this blog at all if Michelangelo hadn’t first sparked my interest in the greater martial arts world 27 years ago.

The Turtles may not have been the strictest ninjutsu practitioners ever – sometimes to Splinter’s chagrin – but they were a lot of young fans’ introduction to the discipline, practice, and respect that came with dedicating yourself to a martial art. As long as the next generation of TMNT fans are watching or learning under the guidance of a thoughtful authority figure like a parent or a sensei, I’m all for a little more weapon-based combat in the new version.

And if you’re interested in respectfully and responsibly using the Ninja Turtles’ favorite implements, you can always head over to the AWMA store for a kata like Leonardo, a bo like Donatello (it even comes in purple), a sai like Raphael, or a set of nunchucks like Michelangelo.

Did the Teenage Mutant Ninja Turtles help spark your interest in martial arts? Are you excited about the new movie? Let us know in the comments!