The Benefits of Training With Your Family 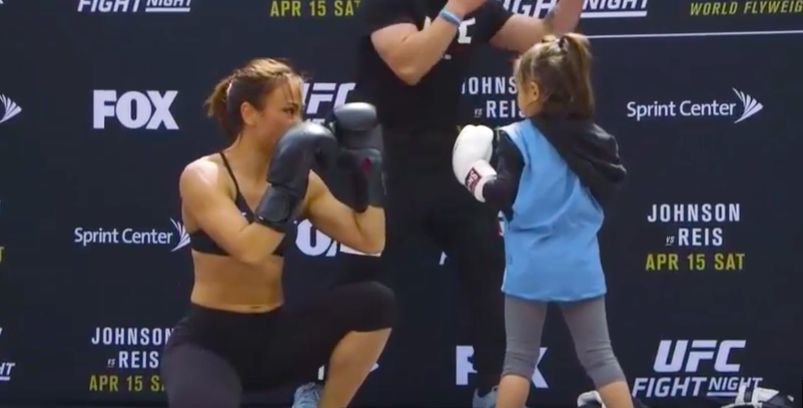 On Monday, legendary soccer player (and not so legendary boxing enthusiast) David Beckham charmed the internet when he shared a video of himself in the ring with his 12-year-old, Cruz. The father and son spent some time sparring at London’s Box Clever Sports over the weekend, and Cruz showed some promise during the brief segment that Beckhman posted on his Instagram account. At the very least, he knows how to land a decent head-shot on his old man.

In addition to amusing us, Beckham’s post got us thinking about parents and children who take up the same martial arts, and the amazing things that can happen when you embrace intergenerational training.

“Taking a parent-child, or family, martial arts class with your kid has a bevy of benefits that can help you to bond with your child and better understand what he is learning,” Erica Loop writes for Our Everyday Life. In her article, Why Parents & Kids Should Join a Martial Arts Class Together, Loop points out that co-training can do everything from help parents learn what martial arts are best for their kids and for themselves, to allowing parents feel more secure about the risks their kids are taking in class, to encouraging mutual interests and a shared commitment to physical fitness.

Sometimes taking the parent/child bond to the mats can even lead to genuine martial arts dynasties. Here’s some of our favorite examples of families who train – and win – together.

No list of famous martial arts families would be complete without the Gracies, who are arguably, the most prominent family in modern grappling. Gracie patriarch Hélio was one of the founders of Brazilian Jiu-Jitsu (he also founded Gracie jiu-jitsu with his brother Carlos), one of the driving forces of MMA as we now know it. One of Hélio’s sons, Rorion Gracie, founded the Ultimate Fighting Championship while another, Royce, became the fledgling promotion’s breakthrough star. Both the Gracies and BJJ continue to dominate the MMA scene to this day, with multiple generations of the Brazilian dynasty claiming victories in value tudo, submission wrestling, and MMA matches and tournaments.

Former champion kickboxer and current UFC welterweight Stephen “Wonderboy” Thompson was born into martial arts. His father and coach Ray Thompson took up karate in his teens because he was inspired by Elvis Presley’s martial arts skills and went on to open his own gym, Upstate Karate, in South Carolina. Training at the dojo was mandatory for Wonderboy and his siblings when they were growing up.

“I knew all the benefits I had derived from martial arts instruction and training, and I wanted my kids to experience that as well,” Ray Thompson told The Bleacher Report last year. “We put the same emphasis on the martial arts that we did on school. It was not an option.”

The Thompson children picked up a lot more than discipline and physical fitness during those years. Wonderboy’s older sister, Lindsay, had a successful run as a competitive kickboxer (and she used to regularly beat Stephen in sparring). Wonderboy went on to be one of the best kickboxers in the world and is now one of the UFC’s top contenders. Ray still corners his fights.

Long before her daughter became an Olympic bronze medalist and the breakthrough star of women’s MMA, AnnMaria De Mars was breaking barriers of her own in the martial arts work. De Mars was the first American to win Gold in Judo when she came out on top of the 56k class at the 1984 World Judo Tournament in Austria.

When Ronda started following in her mothers footsteps, De Mars played a vital part in keeping her daughter’s physical and mental skills sharp, sometimes going as far as to put Rousey in a submission hold while she was sitting around at home – or even sleeping.

“I kind of have this tic where I don’t like my back being open – I sit in a restaurant and I want to face the door and things like that – because I would just sit in the living room watching TV and my mom would sneak behind me and throw me in a rear-naked choke on the regular,” Rousey told MMA Junkie of her mother’s training techniques in 2014. “She still does that to this day. She keeps me sharp, and I appreciate it.”

While De Mars isn’t afraid to speak her mind when it comes to Rousey’s career – she famously spoke out against Ronda’s much derided coach last year – she also remains her daughter’s biggest supporter. She wrote a touching letter celebrating Rousey’s accomplishments after the star fighter lost to current reigning UFC Women’s Bantamweight champ Amanda Nunes at UFC 207.

Former Invicta FC Atomweight champ and rising UFC Strawweight Michelle “The Karate Hottie” Waterson was recently joined by a very special guest during a UFC open workout: her 6-year-old daughter. Araya even put on a pair of boxing gloves for some very light sparring with her mother – and if that slip she made on one of her mom’s punches is any indication, she seems to have inherited and least some skills.

For Waterson, exposing her child to her career and properly educating her about MMA is and important part of their lives. “She doesn’t think fighting is violent,” Waterson told MMA Junkie last month. “Fighting is martial arts, fighting is something I do for my career, fighting is something that I do to stay physically fit. She’s only 6 years old. She’s learned so many life lessons just being able to watch me come up the ranks, win, lose, get injured. She knows the difference between a good guy and a bad guy when it comes to food. These are all good things. So I think it’s all in the perspective. I just think having her around is giving her a whole different outlook on life than a lot of children get to experience.” 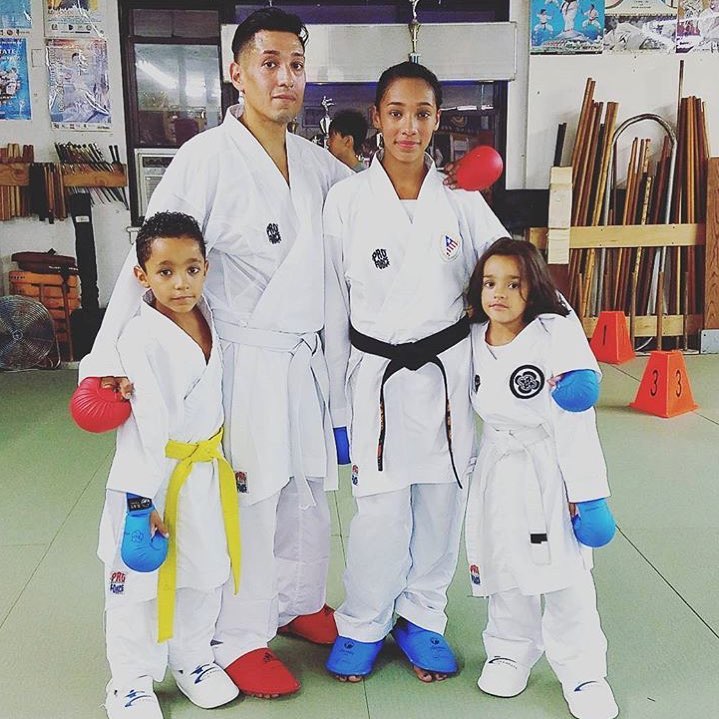 Our own Asian World of Martial Arts-sponsored athlete Destiny Vergara also trains with her family! Here’s a photo of the multiple time National Karate Champion and recent 2017 USA Open & Junior International Cup winner, her dad, and her siblings in their ProForce Diamond Gis after Kumite.

Do you take martial arts with a family member? What do you think about the benefits of intergenerational generational training? Let us know in the comments!

And check out our online store for all of your – and your family’s – martial arts needs!