Mr. Lee, as his character is called in the 1973 classic Enter the Dragon, pursues the elusive Mr. Han into the villain’s own torture museum. The museum is part of an underground complex, almost like a cave, that Han has set up to wield with unwavering ruthlessness his heroin empire.

Han’s in there because there’s a collection of fake hands, each one more terrifying than the next, that he keeps behind glass casings. The hands are interchangeable and fit into his own wrist. Mr. Han has lost his hand somewhere. (No pun intended.) We are not told where. 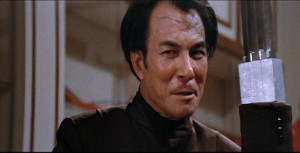 Lee has been sent in by the British government as an undercover agent to bust the drug and human trafficking operation.

Mr. Han has a passion for martial arts and he organizes a tournament every five years. It turns out that Han belonged to the same shaolin temple Lee’s a part of.

It also turns out that Han’s personal bodyguard, the ruthless O’Hara, was involved in Lee’s sister’s death, a fact Lee’s father tells him right before he leaves for the mission. 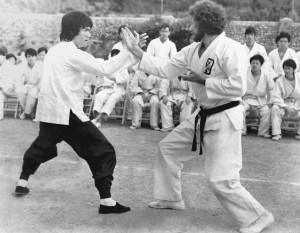 But by the time we get to the torture museum, Lee’s cover has been blown, and an all out battle for control of Han’s complex has ensued.

Lee and Han fight briefly on the courtyard outside but one of Han’s bodyguards interferes. Now, as Lee enters the museum, they are alone and finally ready to get down to business.

Han breaks a glass pane and removes one of the fake hands and attaches it to his wrist. The hand has four knife blades protruding from it about 9 inches each.

Han raises the four knives attached to his wrist and smiles in defiance. 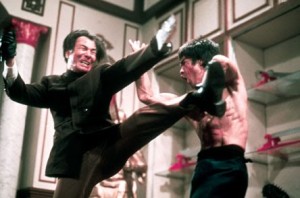 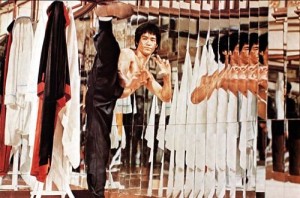 I can’t think of a more iconic fight scene. The intoxicating allure of the film made quite an impression on me when I first saw it as a child. Little did I know the figure of Bruce lee would become such a seminal figure, not only in the world of movies but in the world of martial arts in general.

He was to start a revolution that would change everything.

Lee came to America with a suitcase and a dream when he was a young man. Trouble had plagued him from an early age back in Hong Kong, and the constant fighting and close encounters with the law had convinced his father it was time for Bruce to return to the country of his birth.

Bruce had been born in a San Francisco hospital while his father performed with a well known Chinese opera troop. 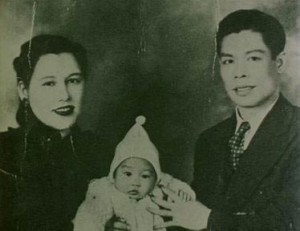 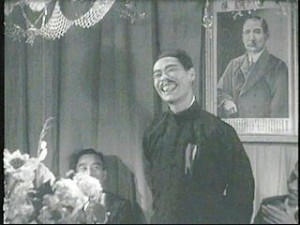 Bruce struggled and put himself through college. He started teaching Kung Fu to some of his fellow students and soon opened a school.

But a prophetic fight with a fellow martial artist by the name of Wong Jack Man had a profound influence on him.

Bruce defeated the man in under three minutes but that was still not good enough for him.

He felt the fight had taken too long and that he was too winded when it was over.

Bruce had used the traditional method of Wing Chun that he had learned from Yip Man back in Hong Kong. 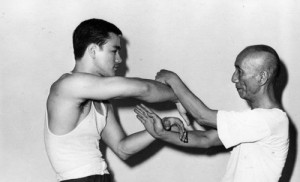 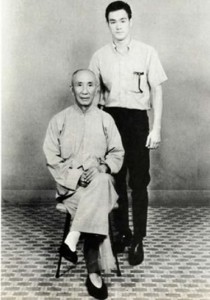 From then on Bruce became interested in body kinetics and physics. He wanted to improve the ways in which his body worked.

This led him into an entire redesign of his training and his martial art, ultimately culminating in the creation of his own art.

But the story doesn’t end there. Bruce had set his eyes on Hollywood. He wanted to emulate his heroes like James Dean and Marlon Brando.

After a brief but successful stint in the series The Green Hornet, Bruce had been planning his own show with producer Fred Weintraub. 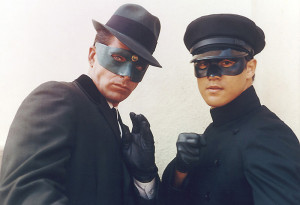 Bruce as Kato in The Green Hornet.

But the network felt very apprehensive about having a Chinese star for their show. They cast David Carradine in the lead role of the show Kung Fu. This was a bitter blow to Bruce. 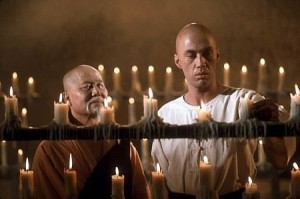 He was approached by Golden Harvest Studios to do some films in Hong Kong where he had a small fan following from his performance as Kato in The Green Hornet.

Lee agreed and did three films with them: The Big Boss (aka Fist of Fury), Fists of Fury (aka Chinese Connection) and Way of the Dragon. 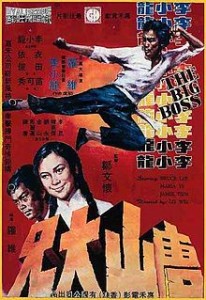 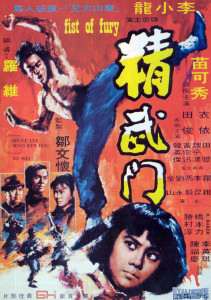 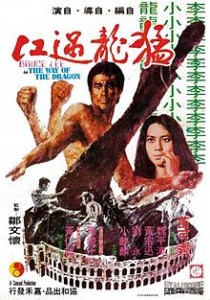 Audiences loved him. They had never seen anything like it. The fighting was fluid, athletic, violent, it seemed real, it had personality. It was totally unlike anything that had come before.

Bruce had given audiences a modern Chinese hero with a dynamic stage presence and a new kick-ass style of fighting.

He was putting what he had learned into his choreography. As a result, the fight scenes were galvanizing. Little by little he took more and more control over his films, even directing some of them.

That’s when Hollywood came calling again. Weintraub had a project that was perfect for Lee. An American movie with all the budget and trimmings that entailed. 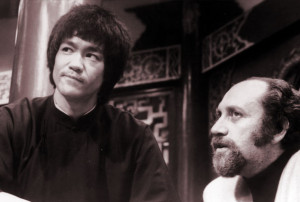 They started shooting Enter the Dragon in 1972. 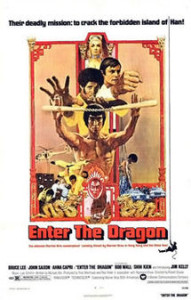 Unfortunately, Lee would never see the tremendous impact the movie was to have. He died of an acute cerebral edema July 20th 1973, only days before the movie’s premier. The film would make him an international super star. He had finally broken the race barrier in Hollywood in his own terms.

Today, you’d be pressed to find a child who doesn’t know who Bruce Lee is. His likeness, as it appears in T-shirts and posters around the world has long ago reached iconic stature, rivaled only perhaps by that of Che Guevara and Jesus. 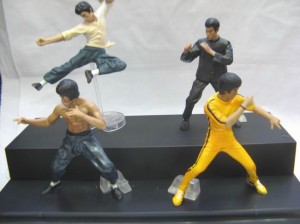 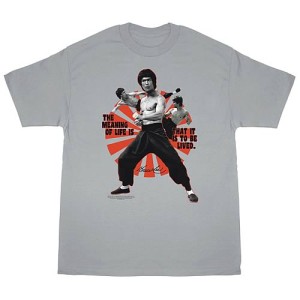 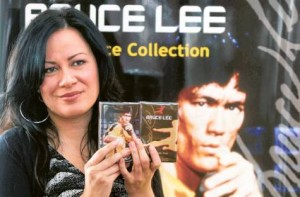 He has penetrated all aspects of our culture and his persona still captures the imagination of millions.

We are still inspired by him, in awe of him and deeply in love.

That is why today we commemorate the 40th anniversary of his untimely death. Taken from us at the young age of 32, imagine how much more he could have done.

And still, the wisdom he left is so rich and relevant, that who knows if more would have been too much. We’re still endeavoring to understand.

To quote from one of his movies: “Don’t concentrate on the finger or you’ll miss all that heavenly glory.” 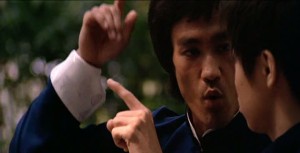