THE 5 BIGGEST MISCONCEPTIONS ABOUT THE MARTIAL ARTS 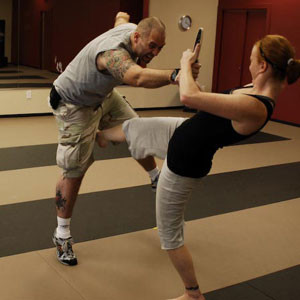 5. IF I STUDY THE MARTIAL ARTS I’LL BE ABLE TO DEFEND MYSELF.

Well…that’s not necessarily so. People study the martial arts for all kinds of reasons.

Some are interested in the historical aspects and are attracted to the culture.

And for some it’s simply just a hobby, something to do.

First, you have to be honest about your reasons for wanting to study the martial arts. Then you should go about finding a school that fits your needs. 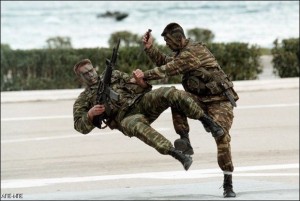 This is a big one. Many people keep themselves from going into the martial arts because they think you have to like fighting to do so.

Nothing can be further from the truth.

Like I said before, people study the martial arts for all kinds of reasons.

There are some that want to learn how to fight and there are schools that are very good at that.

Some teach self defense skills, other’s tournament fighting, others follow a traditional approach and teach techniques that were used in battlefields hundreds of years ago.

But there are styles that don’t have any kind of sparring in their curriculum at all. They concentrate on other skills.

Some martial arts are done simply because of their health benefits.

Some people join martial arts schools in order to learn to avoid fighting. That’s just as good a reason as any.

All you have to do is find the school that fits you. 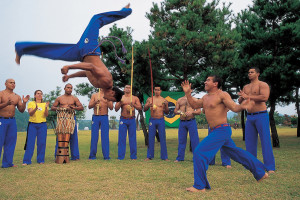 3. I HAVE TO BE IN SHAPE TO GO TO A MARTIAL ARTS CLASS

Nonsense! That’s the whole point. You go to the school to get in shape. You don’t have to be in shape before you get there.

Many schools, nowadays, spend a healthy amount of time developing the conditioning of their students.

Whether you’re doing the martial arts to learn to fight, or to compete, or simply for the health benefits, the physical aspect of the arts is undeniable.

The more you do it, the more you will get in shape and the better you’ll get at it.

It also has the added benefit that it stimulates your mind.

I don’t know about you but I’m the kind of person that gets bored going to the gym every day. It’s all the same.

The martial arts challenge your intellect as well as your body. You’re learning concepts, philosophy, strategy. Your training partners are pushing you to do your best.

A stimulated mind is more apt to stick to a regiment if it feels engaged. The martial arts do that. They engage every aspect of your being, even the spiritual side. 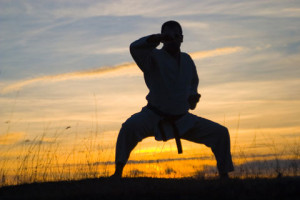 2. MY STYLE IS BETTER THAN YOURS

This is one of the oldest discussions in the book and it’s a ridiculous one.

A great martial artist once said: “The art does not make the man. The man makes the art.”

It is the individual with his or her dedication, patience, perseverance and work that turns a mere style into a martial art.

Humans are all designed the same way. Two arms, two legs and a head. We can’t change that. The martial arts were designed to maximize the efficiency of that body.

Some styles may be better for certain situations but there is no such thing as a better style. It’s only the practitioner that’s better. 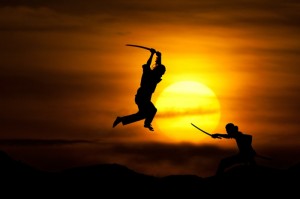 1. IF I LEARN THIS SECRET TECHNIQUE, I’LL BE INVINCIBLE

There is no such thing as an unbeatable technique.

Throughout different periods of time the martial arts have been taught in secret. There are some that still value that secrecy when it comes to the information and knowledge contained in their style.

But those people are doing more damage to the martial arts than good.

The time for secret techniques is past. Knowledge is meant to be shared so that it can evolve and grow. If it doesn’t grow, it dies.

The only secret in the martial arts should be the one that is revealed through years of training, when somebody learns to master their body and is then able to do things that to the untrained eye may seem miraculous.

That’s the real secret. It is one that is hidden in plain sight. It cannot be taught and it’s not contained on a secret scroll.

It can only be acquired by time and dedication and its greatest gift is not the acquisition of some secret knowledge but rather the true understanding of life and the invaluable growth of self knowledge. 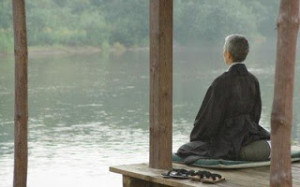