What’s Next For Ronda Rousey? 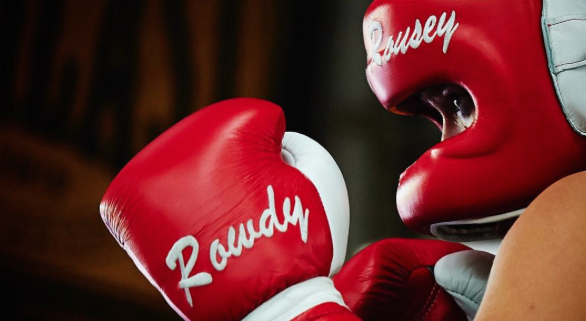 Former UFC Women’s Bantamweight champion Ronda Rousey started her new year off on a somewhat cryptic note. In her first post Instagram post of the year – and one of the few public statements she’s made since her unexpected and devastating defeat at the highly skilled hands of Holly Holm at UFC 193 last November – MMA’s biggest breakthrough star quoted a line from Shakespeare’s Twelfth Night. 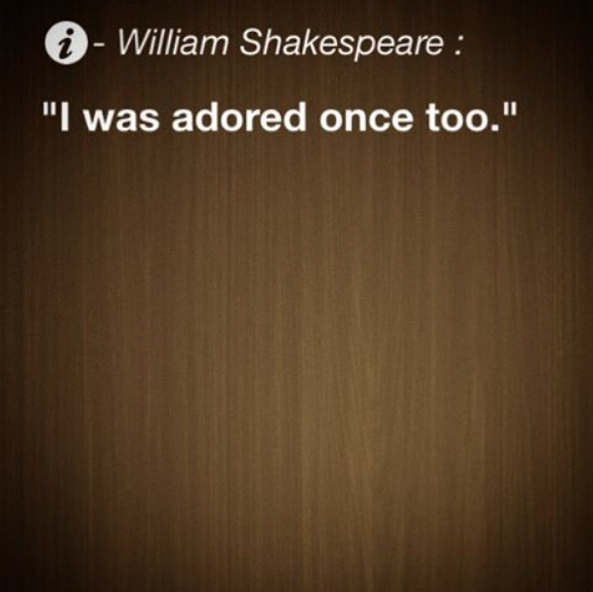 Rousey’s sister Maria Burns Ortiz, a sports journalist and the co-author of Rousey’s My Fight/ Your Fight, alluded to the extent of the existential damage that the fighter suffered as a result of her loss in a recent article for Vice Sports. “I haven’t rewatched it,” Ortiz wrote of the fight. “I haven’t read about it. I won’t I don’t see a point in reliving the moment when a part of my loved one died, when I saw someone I cared about have her soul crushed.”

So it’s easy to see why people are latching onto the worst case scenario with Rousey’s latest post. But it could just as easily be self-reflective as well as (or even opposed to) self-pitying. 2015 was a stunning year for Rousey, a year that saw the young sensation ascending to higher highs and plummeting to lower lows than most professional athletes will ever face in their careers, and the toll this took on her public persona is undeniable. She was adored once. And even if she’s not exactly hated now – aside from a handful of disparaging tweets from the likes of Lady Gaga and Donald Trump after UFC 193, most of the pop culture universe appears to be as enamored of her as ever – she’s not the undefeatible sensation she was before the dying days of 2015. 2016 will be a pivotal year for Rousey, one that will determine her future as both an MMA fighter and a movie star, so maybe acknowledging where she’s been and where she is now isn’t the worst way for her to face this new reality head-on.

As for what this all-important year will look like, it’s anyone’s guess. And there are a lot of those guesses being floated around right now.

Former Welterweight champion and UFC icon Georges St. Pierre – a man who might know better than anyone what Rousey is going through right now, even if he didn’t have quite the same level of crossover appeal when he lost his belt to Matt Serra in a shocking knockout loss at UFC 69 in 2007 – believes the loss could have a positive impact on her in the long term.

“I needed to beat a lot of my own demons, a lot of my fear,” a sympathetic GSP told the Canadian Press in the days following UFC 193. “And I came back stronger. So in a way for Ronda it’s sad that she lost, but maybe it could be the best thing that ever happened to her, in that she will come back much stronger. It taught me what it takes to become world champion. And when I lost to Matt Serra, it taught me what it takes to stay world champion.”

At a press scrum promoting his UFC 194 match against Conor McGregor – mere weeks away from a devastating title loss of his own, then-UFC Featherweight champ Jose Aldo told the media that he didn’t think Rousey would ever fight again, and that he’d do the same thing in her position.

“I think it’s really hard for her to return to fighting,” Aldo speculated. “Her career has taken a different direction. If I’m making a lot of money doing movies or something else, I’d go that direction too. Am I going to mess my face up getting punched in the face? You’re crazy. In my opinion, I don’t think [she fights again]. If she comes back, of course she can [win the title]. She was always a fighter, but if I were her, I wouldn’t come back.”

In a recent interview with Bloody Elbow’s Stephie Haynes, UFC commentator and Newsradio alumnus Joe Rogan didn’t question Rousey’s dedication to the sport, but he did wonder if she was physically capable of returning to her former fighting glory. “When Holly Holm head kicked Ronda and knocked her out, we witnessed a traumatic brain injury, make no mistake about it. I had this conversation with Dana (White), and he was like, ‘Oh, Ronda’s fine,’ and I’m like, ‘Listen man, you can’t say that.’ She’s not fine. You don’t get head kick knocked out and be fine. That’s not fine. There’s damage for sure. The question is, how much damage? We just don’t know,” Rogan said.

“We don’t know if she’s gonna be okay physically. Youv’e gotta be [expletive] honest about that. It’s a very important part of our sport. It’s the part of the sport that makes it special, because the consequences are so [expletive] dire. So, when someone like Ronda gets knocked out brutally, to just brush that off, ‘No biggie, she’ll be back,’ whoa! Slow the [expletive] down! You don’t know how durable she’s gonna be when she comes back. Holm hit her with everything but the kitchen sink in the first round. What’s it gonna be like in the second fight? What if Holm hits her with a shot and her legs buckle? Then we realize, ‘Oh [expletive], her chin’s not there anymore.’”

Rousey, for her part, insists that she’ll return. “Of course,” she told ESPN Magazine when they asked her if she’d fight again last month. “What else am I going to [expletive] do?” But first she has to heal. Right now, she admits, her teeth are still so tender from Holm’s shots that she can’t even eat an apple let alone risk another one.

In the meantime, the UFC has decided that they can’t afford to make Holm wait until Rousey’s ready for her next fight. The new champ will be defending her title before the former can have her rematch. Although Holm’s next opponent has yet to be announced, smart money is currently on perpetual number one contender Miesha Tate, who is more than ready to go.

While Rousey continues to heal away from the mats, she’ll be keeping herself busy with her other career, though. While she might not be ready to step back into the Octagon quite yet, she is willing to take on something almost as terrifying and mettle-testing: live sketch comedy. Ronda Rousey’s first major public appearance of 2016 will be hosting the January 23rd episode of Saturday Night Live.

What do you think Ronda Rousey will do next? Do you think she’ll ever fight again… or ever win again? Will you watch her on SNL? Let us know if the comments!