How Martial Arts Training Can Help To Treat Trauma 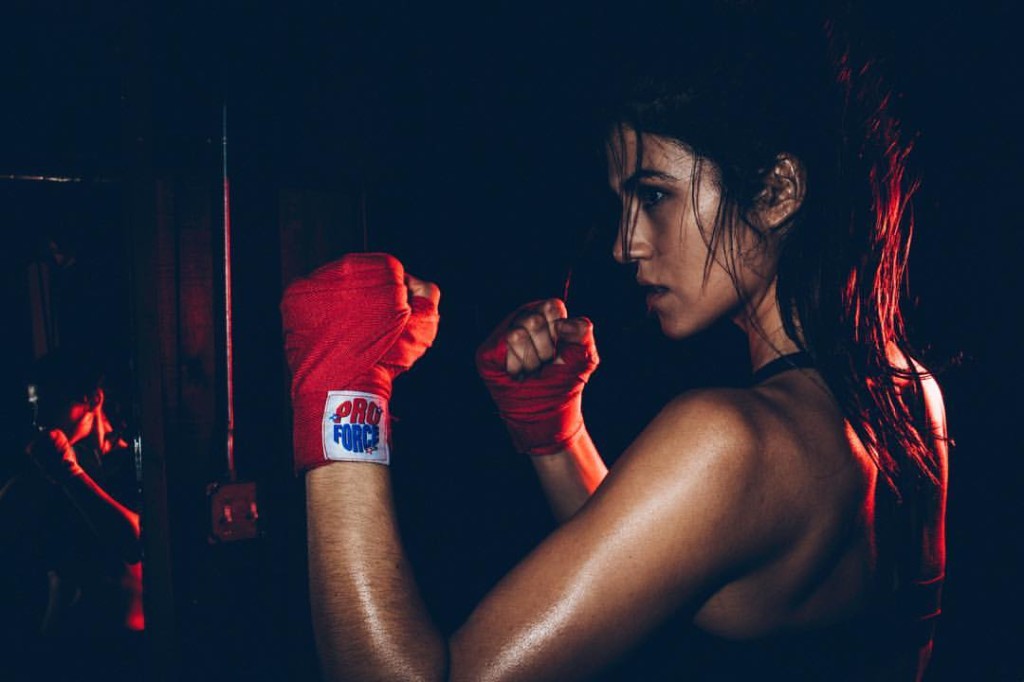 As martial artists and martial arts enthusiasts, we’re well aware of the powerful and wide-ranging benefits that martial arts can have on the people who practice it. Training has a number of psychological benefits. It can help patients combat some of the symptoms of Parkinson’s. It can even help inspire a group of Kung Fu-practicing nuns to do their part to change the world.

Now trauma experts are starting to explore the role that responsible, controlled martial arts training can have on their clients and patients. Bret Moore, Psy.D. reported on the anecdotal evidence that is beginning to support the idea that MMA can be used to help treat PTSD in PsychCentral last year. In a 2015 interview, Bessel van der Kolk, M.D. the founder and medical director of the Trauma Center in Brookline, Massachusetts said that it was possible that martial arts “maybe be among the very best treatments for traumatic stress.” Martial arts is also starting to be incorporated into treatments at trauma centers were talk therapy alone has been unsuccessful.

To learn more about the ways in which our favorite disciplines can help people who are dealing with traumatic stress in their lives, we turned to Jane Clapp, a Holistic Personal Trainer and trauma recovery specialist from Toronto, Canada. Clapp, who has had some training in Muay Thai, Krav Maga, and various self-defense classes in the past, has been incorporating basic striking training into her work as a trauma specialist for a number of years now and has seen some incredible and inspiring results with her clients. She talked to us about some of the symptoms and causes of traumatic stress, the reason that martial arts is such an effective treatment, and what she would like martial arts instructors with students who are dealing with trauma to know.

What is traumatic stress? What’s happening to a person when they’re experiencing it?

Traumatic stress happens when the stress that people are facing exceeds their emotional and psychological resources or their external resources which could be the size of their body, or their wealth. Resources is a very broad term. It happens in a single moment or over time, when stress overwhelms the person’s ability to cope well. As Judith Herman puts it in Trauma and Recovery, “Traumatic events are extraordinary, not because they occur rarely, but rather because they overwhelm the ordinary human adaptations to life.”

What happens when people go into a traumatic stress response is that our bodies go into something called freeze. Freeze is a more primitive defense designed to keep up as safe as possible, given what we have to come with, and the stress we’re facing. We’re mammals first, so we’re going into a frozen state where we think that we’re going to become a little less attractive to a potential predator, or less visible, and we’re not going to fight back because we know we’ll get hurt more if we fight back. The other option is that we play dead and we go limp, like a reptile playing dead so that we look less appetizing and interesting. Those are our two immobilized primal defense mechanisms that our body will choose for us automatically when we face a serious threat to our survival.

How can martial arts training help people who are trapped in that response?

Martial arts can safely reactivate our mobilized defense responses, which are fight or flight. So it can help people get back in touch with their ability to keep themselves safe and unharmed in a way that they might not have been able to choose in the past.

Can you give us an example of how that might work in a training session?

Sure! A more simple example is the way that it can help clients, particularly women, who have always needed to be small, repress their anger, and be seen as less physical and more complacent. What that does is it really limits people’s ability to assert themselves, set boundaries, and to really thrive in life because they’re stuck trying to take up less space. When they get back in touch with the fight impulse in their body in a very grounded, calm, mindful way, they can start to feel that it’s safe for them to stick up for themselves. That fight training is coming up through the body and feeding into their brain and impacting their neuroplasticity. It’s creating new pathways that tell you that it might not have been safe for you to be big or for you to use your voice and speak you mind, or feel anger or even act on it in the past, but now you can feel how it is actually safe. You can be in touch with that, and that’s another option for you in your life.

How hard should this kind of training be? Should participants be pushing themselves to their physical limits, or is it a more measured process?

It has to be done in a way that is not cathartic. The issue with people who practice a lot of martial arts and who have a trauma history is that it has to be done within what’s called a window of tolerance. If people go into hyper arousal during martial arts practice where they’re breathing too heavily or get too excited and not grounded and mindfully aware of what’s also happening in their bodies, it can exacerbate the cycle of traumatic stress by overstimulating the autonomic nervous system over and over again.

When I work with people who are practicing getting in touch with that mobilized mechanism of fight, I encourage only nose breathing. If people have to breathe through their mouths in order to exert the amount of force that they’re using in that moment, that’s when they’ve gone into hyperarousal again.

Focussing on the breath in this way is also a self-regulation tool. People can exert themselves, they can put a stressor in the body, like an intense physical force, while staying grounded like a peaceful warrior. So you don’t use any more energy than you need to. One of the things about trauma is that it can put people into a state of hyper-vigilance, or a state of almost constant freeze, which is absolutely exhausting and depleting. So we want to show people how to exert themselves, stand up for themselves, kick strike, feel strong and forceful, but be able to come back to a really calm state over and over again.

Thank you so much for talking to us, Jane. Is there anything else that you’d like our readers to know about this topic?

I think that anybody who runs a martial arts studio is going to have people with a history of trauma coming in to train. One of the important tools for resolving trauma, especially when it comes to people who have been assaulted, is making sure that consent is very well understood in martial arts training environments. It’s essential. If you don’t want to re-traumatize people, realize that consent isn’t just a yes or a no. If you’re teaching a student, you need to know that asking people to put their hand up if they don’t want to do something doesn’t always work. I’d encourage instructors to be trauma-informed. Watch people’s bodies when they’re participating in training. Someone might say yes to doing partner work and practicing a choke hold, for example, but if you can read people you might be able to see that their body is saying no for them, because they can’t say no with their voice. I think that anybody working with a body and movement needs to understand the neurobiology of trauma.

Has martial arts training helped you deal with issues in your life? What do you think of martial arts-influenced training for trauma resolution? Let us know in the comments!

And check out our online store for all of your training needs.