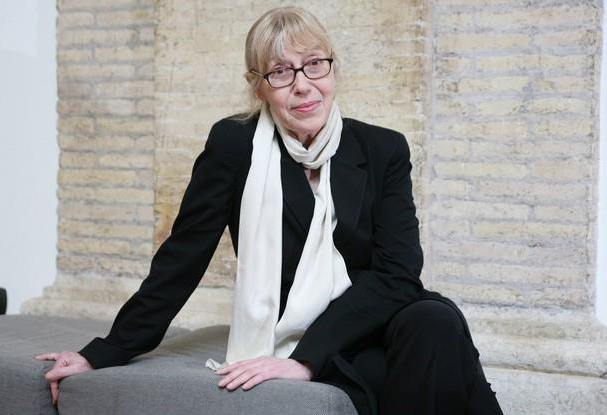 The literary world lost a truly unique master last week when writer Katherine Dunn died of complications from lung cancer at her home in Portland, Oregon. She was 70 years old. Dunn was best known as a novelist, and was particularly revered for her third and final book, Geek Love. The immaculately-written novel about a sideshow family earned her a National Book Award when it was published in 1989, and hasn’t been out of print since. It boasts fans as varied as legendary science fiction scribe Harlan Ellison and Flea, the bass player from the Red Hot Chili Peppers. Dunn was also a highly respected boxing writer, though, and a lifelong fan of the sweet science. She even took up the sport for herself in her late forties, so that she could better understand her subject. She published a collection of her best writing on the topic, One Ring Circus: Dispatches from the World of Boxing, in 2009. At the time of her death, she was working on a long-anticipated (and long delayed) novel about small town boxing and serial killers called The Cut Man. To honor the incredible life and art of Katherine Dunn, we’re dedicating this week’s blog to her work on both sides of the ropes. 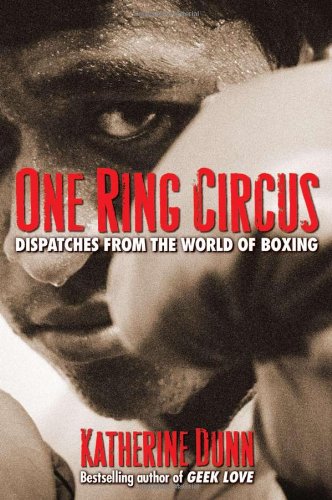 Dunn began watching boxing when she was just a child. “I was born in 1945, and in the late forties and early fifties, boxing was still an extremely important sport in America. It was one of the two big sports – baseball in the summer, boxing in the winter. I grew up with the Gillette Cavalcade of Sports on the radio, and then later on television,” she told Guernica in June 2009. “And the men in my family, my stepfather and my brothers, were very interested, and my mother immediately disapproved; she thought it was barbaric and vulgar and she didn’t want it in the house. So naturally I was fascinated.” It wasn’t until 1980 that she saw her first live professional match, though. “It was a huge, drafty rodeo barn, a local club show,” she recalled in a 2010 interview with The Paris Review. “No big names. But most of the fighters were experienced, calm and focused. Then a kid came out to make his pro debut. He’d had a lot of amateur matches but this was his first bout without a helmet, and with the smaller gloves. He was a bantamweight, 118 lbs, with a neck the size of my wrist, and he was so nervous and scared the he vibrated. Waves of emotion rolled off him. It took him a few rounds to settle down, but he won his bout handily. It clicked for me that in a few bouts he would learn to control his fear as the older pros did, to use it as a tool rather than let it rattle him. That struck me as a mysterious and valuable process.” Around the same time, Dunn’s then husband asked her to watch a boxing match while he was at work so that she could tell him about what happened when he came home. “I had three pages of blow-by-blow descriptions, round by round. I sat down with him and started telling him, ‘Well, in the first round…’ he said, ‘No, no, no, I just want to know who won.’ Which of course embarrassed me,” she laughed in her Guernica interview. “[But] I was just immediately drawn to and enthralled by the kind of emotional content of the sport, and the visual aspect of the sport, and the more I learned about it in a more detailed, intimate, scholarly variety, the more I was drawn to it.” With those two experiences fresh in her mind, Dunn found herself increasingly dissatisfied with the coverage she was seeing in her local papers. So she approached one of them. “My thing was, if I want it written about, and I consider myself a writer, I owe it to do it.” She began covering boxing for the Willamette Week in 1981. She continued writing about the sport for the rest of her life, doing everything from the most basic – and sometimes unpaid – reports for local outlets to features in major publications like Playboy (who made her excellent profile on Johnny Tapia available online for the first time ever after her death). No matter how big or small the piece, though, her unique voice and thoughtful perspective was instantly recognizable. Whether she was advocating for women in boxing, or thoughtfully addressing class and race issues, she treated her subjects with every bit of the fierce intelligence, compassion and humor that had made her so famous and beloved with Geek Love. She was even one of the few professionals who refused to outright condemn Mike Tyson after he infamously bit Evander Holyfield’s ear during their 1997 match. Putting the incident in the context of Holyfield and the ref’s behavior during the match, she observed that “The press could scarcely be more enflamed if the guy had reached up Holyfield’s rectum and ripped out his heart in front of the TV cameras. We haven’t seen this much hysteria since the first OJ verdict. ‘Bad’ black men drive the press batty” in a piece for the PDXS newspaper called “Defending Mike Tyson.” In the name of better informed reporting, she took up the sweet science for herself in 1993. “I’d been writing about the sport for a dozen years by then and wanted to know what boxers endured, what it felt like,” she explained to The Paris Review. “I was too old to compete when I started but I sparred enough to get a taste. The boys were gentle with me and the girls kicked my butt.” 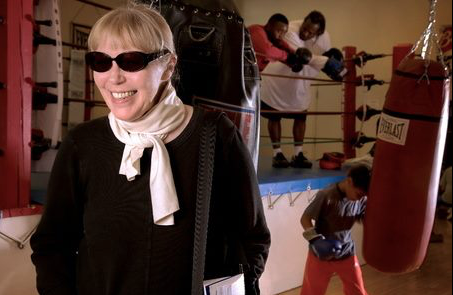 Although she stopped actively training when her coach retired just over a decade later, her skills remained sharp enough to help her defend herself when a young woman tried to steal her purse and groceries in 2009. “My left arm is wrapped up in the purse, her right arm is wrapped up in the purse, we’re nose to nose and I’m punching her as hard as I can with my right hand,” the then 64 year old said, giving The Oregonian a blow by blow recap of the action in November of that year. “I would normally lead, as all good boxers do, with my left hand. But my left hand was tied up in the purse.” Dunn received minor scrapes during the attack and had to go to the hospital to get a tetanus shot, but she seemed amused by the experience in retrospect. “I had scratches from her fingernails, a bloody eye where she had thumbed me – it was a helter-skelter affair. Getting a tetanus shot, it made me feel young again.” Have you read any of Katherine Dunn’s boxing work? Are you a fan of Geek Love? Let us know in the comments!

« Previous PostPower Rangers And The Importance of Good Martial Arts Armor In Action Films Next Post »What Are The Psychological Benefits Of Martial Arts Training?