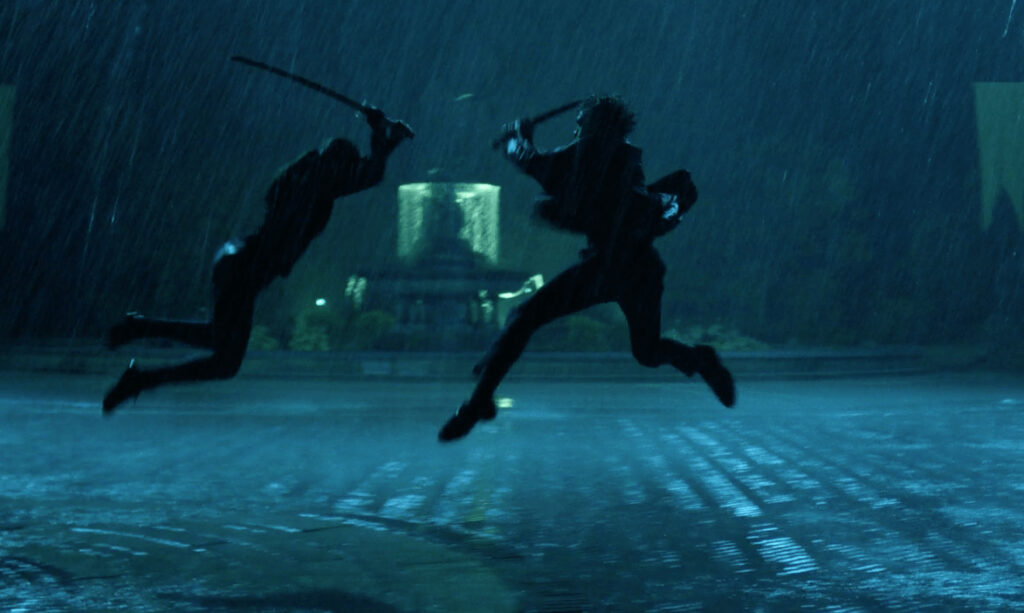 Between Crouching Tiger, Hidden Dragon: Sword of Destiny, Marco Polo, and the various offerings from the Marvel-verse, Netflix is beginning to establish itself as a continuous and reliable source for martial arts-influenced entertainment. And the streaming service’s latest addition to that collection is starting to get us excited.

Iron Fist, the latest Netflix offering from Marvel Studios (which has also been behind series like Daredevil, Jessica Jones, and Luke Cage) will premiere on March 17. Based on the comics of the same name, the series follows Danny Rand, a long-missing billionaire who returns to New York City to fight crime and corruption with his extensive martial arts skills and his supernatural punching power (hence the name Iron Fist). The first trailer for the series dropped last week.

And if the early press surrounding the series is any indication, Iron Fists’s stars will be more than up to the task of keeping this non-stop combat going strong throughout the show’s 13 episode run.

Finn Jones (best known as Loras Tyrell on Game of Thrones) began training last spring in order to justice to Danny/Iron Fist, a character who has been practicing magical martial arts since he was orphaned in the fictional city of K’un-Lu as a young boy. Although he couldn’t reveal much about the show when Entertainment Weekly interviewed him last April, he was able to tell them that his physical and mental preparation for the role was intense.

“Every day for the last month, I start my day with about two and a half hours of martial arts — which is kung fu and wushu mixed with a bit of tai chi, and other stuff as well,” he explained. “In the afternoon I’ll do weight training with a trainer to bulk me up and get my physically right for the part. And in evenings I’ve been doing meditation classes and learning buddhist philosophies.”

He went on to say that it was the combination of those studies that made the role so appealing to him. “I’ve always dreamed of a role that bridged spiritual discipline and badass superhero. This is the kind of role I’ve been waiting for for a long time. Now that it’s happened, it’s like a dream come true. I’m super excited.”

There’s a good chance that Jones could be upstaged by his co-star (and fellow GoT alum) Jessica Henwick, though. Henwick, who plays the cage-fighting, dojo-owning Colleen Wing, is only 24, but she’s already an old pro at landing, preparing for, and nailing intensely physical roles. Her professional acting debut was in a BBC-produced martial arts fantasy series called Spirit Warriors. Immediately after scoring the starring role in that production, she began training with a martial arts expert and choreographer named Jude Poyer. “I’ve never exercised like I did for that month, it was hardcore,” she told the BBC. “It was a wonderful experience, though, and I learned so much.”

By 2014, she’d added a mix of wushu, Muay Thai, and other martial arts to her arsenal. But when she was cast as Nymeria Sand in Game of Thrones in 2015, she was given an entirely different skill to master: whip-wielding.  “I found out I got the role at about 6 p.m., and as soon as my agent called, I hung up, and then I had a call from production saying, “Can you fly to Belfast tomorrow to start training?” I had quite a few sessions in Belfast working with some Bulgarian guys. Upper body strength—that’s what you need for a whip—and coordination, and good timing. It’s a really scary weapon because you’re just as likely to injure yourself. I’ve whipped myself many times,” Henwick told Entertainment Weekly later that year.

According to The Jakarta Post, Henwick spent six months working on her whip skills, learning to wield the weapon against water bottles, paper rolls, and poles. Although she says that none of her previous combat skills came in the least bit handy for the task, she eventually developed such an aptitude for it that she was able to choreograph her own stunts – which she then performed without the aid of any digital effects.  “Now I’m gunning for another whip,” she joked with the Jakarta Post during a GoT junket in 2015. “If there is anything cooler than a whip it must be two whips.”

Henwick might not have been given two whips when she signed on for Iron Fist, but she did get a katana. And she learned how to use that on water bottles, too.

She’s also clearly been sharpening her unarmed combat skills,  as evidenced by this preview clip from Iron Fist that might be even more exciting than the trailer.

We can see for ourselves just how well Iron Fist lives up to these promising clips when it premieres on Netflix on March 17.

In the meantime,  if you want to work on your own Colleen Wing-style game, you could always head over to our online store for all of your training needs. You can even get yourself a brand new katana from our extensive selection.

Are you excited about Iron Fist? What do you think of Finn Jones’s and Jessica Henwick’s training regimens? Let us know in the comments!