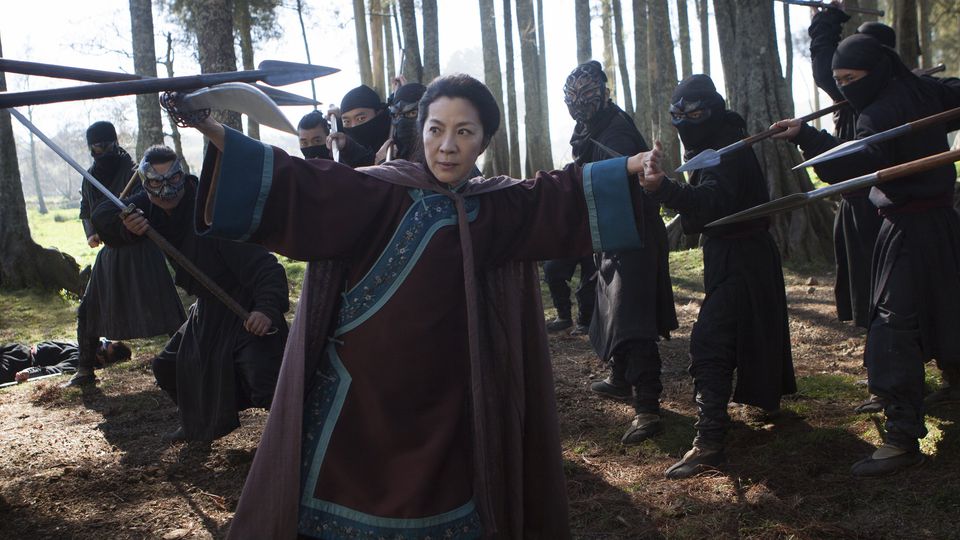 A little over three years after production was first announced – and sixteen years after the original’s premiere – Crouching Tiger, Hidden Dragon: Sword of Destiny finally debuted on Netflix and in select IMAX theaters across the country last Friday.

According to early reports, it might not have been worth either wait. Most major reviews have run from middling to regretfully disappointed. It’s almost as if critics really wanted to like the sequel to 2000’s Crouching Tiger, Hidden Dragon, but just couldn’t bring themselves to celebrate it as a worthy successor to Ang Lee’s groundbreaking mix of classic wuxia and arthouse cinema.

New York Times writer Mike Hale declared it “a series of fights in search of a story,” and he wasn’t particularly enraptured by those bursts of combat, either. “Even [the] fight sequences, while fast and intricate, feel perfunctory,” he opined.

The Atlantic’s David Sims was a little more charitable toward the those scenes, writing that “Taken on their own, the fights in Sword of Destiny are mostly top-notch, even if there’s little else in the story to elevate them beyond dazzling feats of athleticism.” On the whole, though, he was equally unimpressed, concluding that “everything about its execution […] feels artless.” The AV Club and Entertainment Weekly condemned it with similarly faint praise and pointed out all the ways in which it failed to live up to the first film.

The critics aren’t exactly wrong. Nor are they overestimating the original Crouching Tiger, Hidden Dragon. The Mandarin language passion project of acclaimed filmmaker Ang Lee was a modern masterpiece. Inspired by the fourth novel in Wang Dulu’s Crane Iron Pentalogy, it followed the dueling quests, loyalties, and romances of two women. The plot is relatively simple on paper: Shu Lien (Michelle Yeoh), is asked to transport a sword, known as The Green Destiny, to help her good friend – and the object of her unacknowledged affection – Li Mu Bai (Chow Yun-Fat) move on from his warrior days. On her travels, she meet Jen (Zhang Ziyi), a young woman on the verge of an arranged marriage who has been pursuing true love and martial arts in secret. But it was rich in execution. It married crisply choreographed flying and fight scenes with thoughtful meditations on loyalty, love, and duty and deservedly earned ten Oscar nominations and four wins for its efforts.

Sword of Destiny might tackle the same source material and themes and even follows a remarkably similar plot – Shu Lien (the only returning character and star), once again tasked with protecting The Green Destiny, rediscovers a long-lost love in Silent Wolf (Donnie Yen) while her new protege, Snow Vase (Natasha Liu Bordizzo) weighs a personal quest against her developing feelings for a young thief (Harry Shum Jr.) – but it has little of its predecessor’s gravity and power. And the choice to switch to filming in English is jarring, to say the least.

That doesn’t necessarily mean that Sword of Destiny isn’t worth a try, though. Director Yuen Woo-Ping, who was also the legendary choreographer behind the first film’s game-changing fight scenes, might not be up to Ang Lee’s standards behind the camera, but he can still construct some of the best fights in the business, and his stars and stunt people are all up to the task of carrying out his vision. From a purely martial arts standpoint, it’s a thrill to watch the film’s many extended combat scenes play out, particularly a long and inspired segment that happens on ice. It’s intriguing to see Shum Jr., best known for his work on Glee, bring both his extensive dance background and his lifelong love of the wuxia genre to his work in the film. And it’s always exciting to see legends like Donnie Yen and Michelle Yeoh perform. It’s particularly great to see the latter back in action, given that this is her first martial arts film since 2010’s Reign of Assassins.

The scenery is almost as beautiful. When AWMA first posted about Netflix picking up Sword of Destiny last September, we wondered if premiering on a streaming service would take away some of the joy and magic of seeing a big martial arts epic unfurl on the big screen. Now that we’ve seen both the fight scenes and the lush landscapes (provided by New Zealand, where much of the film was shot) in action, we were right to worry.  The average Netflix stream and TV or computer monitor can’t quite do either justice. For a true visual treat, it might be worth tracking down one of those IMAX screenings.

If you’re looking for something a little meatier, though, we recommend making a double bill of it and pairing Sword of Destiny with last year’s The Assassin, the latest work by the critically adored director Hsiao-Hsien Hou. The Assassin’s approach to fighting might be a little more grounded (quite literally: Hsiao-Hsien Hou is a longtime admirer of martial arts films, but has never understood the point of flying during combat) but its combination of classic texts, art film, and wuxia should impress anyone who was intrigued by what Lee did with the original Crouching Tiger.

And if that’s still not your speed, you could always hold out for the next Michelle Yeoh project. According to a recent interview with Yahoo, she has no intention of waiting another six years before to show off her sizable skills on screen again. “When you look at my action, you can see I still have the fire,” she told the outlet. “So I’m going to be out there kicking a** for as long as I can.”

Have you watched Crouching Tiger: Sword of Destiny yet? What did you think? Let us know in the comments!