THINGS MY SENSEI TOLD ME

I started training in the martial arts when I was nine years old. Back then, my sensei would say things to me that appeared to have an almost magical quality.

“The art does not make the man. The man makes the art.” (That’s a Funakoshi quote, by the way.)

“Focus through the target.”

“See it in your mind and it’ll happen.”

“Any moment is a good opportunity to train.”

Like so many things in the martial arts, these were statements that made sense at the moment but later took on a deeper meaning.

These days I’m a professor of acting for a New York university. One of the things I teach my students is that you learn acting the same way you learn martial arts. Some of the statements I make during class will make sense right then but they’ll take on new meaning as time goes by. That’s because, acting, just like martial arts, requires experiential learning, not necessarily linear.

The statement doesn’t change. You change. And so the meaning transforms as well.

Here are some of my favorite quotes from THE BOOK OF FIVE RINGS, by Musashi Miyamoto: 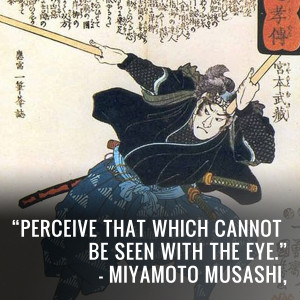 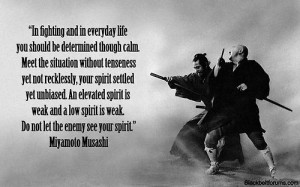 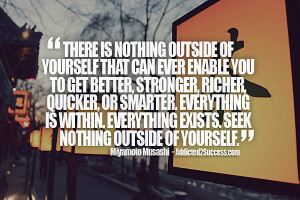 I read the book for the first time when I was fifteen. I’ve read it three or four times since. Every time it makes a different kind of sense.

Anyway, here’s a link to a scene I shot with my students from MORTAL KOMBAT. Just having a little fun during class. Enjoy!