The Authorized Bruce Lee Biopic To Begin Filming This Summer 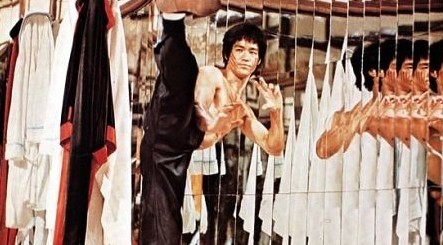 After years of anticipation – not to mention hard, dedicated work on the part of Shannon Lee and her production company, Bruce Lee Entertainment – we’re finally getting close to seeing an authorized biopic of Bruce Lee on the big screen.

According to a recent report by the Hollywood trade publication Variety, Shekhar Kapur, the director behind renowned films like Elizabeth and The Four Feathers, has signed on to helm the picture. Little Dragon, as the film is now titled, will be produced by Bruce Lee Entertainment and Convergence Entertainment. It’s currently in pre-production and casting and is scheduled to begin shooting in Malaysia this coming July.

“I always thought that a film about how my father’s life was shaped in his early years in Hong Kong would be a worthwhile story to share so we could better understand him as a human being and a warrior,” Shannon Lee told the outlet. “I’m really excited that Shekhar will breathe life into the first film from Bruce Lee Entertainment.”

Lee and Kapur also collaborated on the script for Little Dragon, which is based on Bruce Lee’s significant body of written work.

The movie, as Variety describes it, is “a contemporary dramatization of the 1950s Hong Kong social and political forces that shaped Bruce Lee into both the most famous martial arts star of all time and a significant modern day philosopher. Themes include family disappointment, young love, true friendship, betrayal, racism, deep poverty and an inner fire that threatened to unravel his destiny.”

For Lee,  Little Dragon is a chance to finally show the world that her father wasn’t just a groundbreaking star, he was also a philosopher and an intellectual far ahead of his time. “In hundreds of years, how many people created their own martial art, something he used to break tradition because he believed in humanity and that the world was one brotherhood,” she told Deadline in early 2015. “His approach to business an nutrition was revolutionary, mixing Eastern and Western philosophies. My father wrote thousands of pages of thoughts on his life. They based Dragon on a book my mom wrote in the 70s, but they didn’t work in partnership with us to create that film and it didn’t have the depth or essence of my father that it might have. There is a lot that hasn’t been told yet, and many lessons that deserve to live on.”

“In life what more can you ask for than to be real?” #BruceLee #HonestSelfExpression #TheIndividualOverAnyEstablishedStyleOrSystem

It’s also a chance to give Bruce Lee the complex and thoughtful biopic that he deserves. “There have been projects out there involving my father, but they’ve lacked a complete understanding of his philosophies and artistry. They haven’t captured the essence of his beliefs in martial arts or storytelling. The only way to get audiences to understand the depth and uniqueness of my father is to generate our own material and find amazing like-minded partners to work with…many don’t know that Bruce Lee was also a prolific writer and a creator of his own unique art and philosophy. That’s what we want to show, not just his kick-a** physicality, but the depth of his character and beliefs,” Lee said.

One of those projects is last year’s Birth of the Dragon, an unauthorized and widely panned film that purported to be about Bruce Lee, but essentially relegated him to the role of a sidekick to a fictional white character who might have been based on Lee’s friend Steve McQueen.

In a post on the official Bruce Lee Facebook page last October, Shannon Lee addressed the concerns that Lee’s fans had about the feature. “I share your concerns and want to make it clear that Birth of the Dragon was made without my family’s consent or involvement. I have seen the film (out of necessity alone) and, in my opinion and the opinions of many, this film is a travesty on many levels. I think this film is a step backward for Asians in film not to mention that the portrayal of Bruce Lee is inaccurate and insulting. I am disappointed that such a project would be funded and produced.”

Thanks to Lee’s involvement, her tireless research into her father’s history, and the dedicated commitment of her colleagues, Little Dragon promises to right the wrongs of Birth of the Dragon and all of the other unauthorized projects that came before it.

“It is important that audiences today can relate their own lives to the journey of Bruce Lee, who manages to tap into his inner wisdom and harness his true destiny before it was too late,” Kapur told Variety earlier this month.

Tim Kwok of Convergence Entertainment, the company that will co-produce the biopic, added: “This film is a deeply personal exploration of Bruce before his inner power and discipline forged him into the ground-breaking icon that continues to this day to inspire people throughout the world.”

Are you excited for Little Dragon? What did you think of Birth of the Dragon? Let us know in the comments!

And if you’re looking to learn more about Bruce Lee, or in the market for some Jeet Kune Do materials, be sure to check out our online store!