Bruce Lee Biopic Birth of the Dragon Premieres At TIFF- And We Saw It! 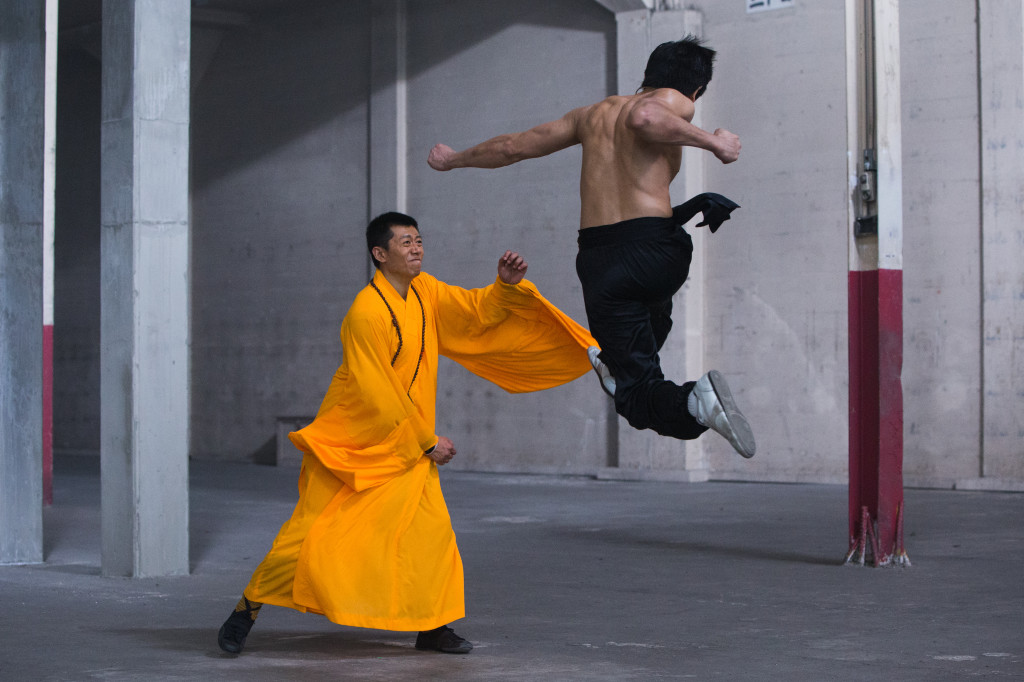 Still from Birth of the Dragon courtesy of TIFF

It’s been a long wait, with a few setbacks along the way, but the long-promised Bruce Lee biopic, Birth of the Dragon, has finally made it.

The somewhat controversial film (the Lee family are currently working on a biopic of their own that they hope will better represent his life) which focuses on the legendary but woefully underreported fight between Bruce Lee and the Shaolin Monk master Wong Jack Man that took place in San Francisco in 1964, has been in development since early 2013. It finally shot in Vancouver, Canada last winter. Last Tuesday, September 13, it enjoyed its world premiere at the Toronto International Film Festival.

Here’s some footage of director George Nolfi and the cast introducing the film at the fest, as well as the post-screening Q&A:

We here at AWMA have been following the development of this project for some time now, and we had a chance to check out another TIFF screening of the film later in the week.

Well, the film is technically very well-made. Nolfi, a noted screenwriter who first proved himself as a director capable of capturing both interpersonal drama and big action scenes in his directorial debut The Adjustment Bureau, gives us some great moments and some well-constructed fight scenes in the film. Martial arts star and choreographer Philip Wan-Lung Ng makes a decent Bruce Lee. He doesn’t quite have Lee’s level of charisma or fighting style, but that isn’t so much a criticism of Ng as it is a testament to the unique power of the legendary man he’s playing in the film. Yu Xia, an actor with very little martial arts background of his own, is also impressive as the storied Wong Jack Man. According to an interview with Deadline during TIFF, Nolfi says that the actor has already fooled at least one martial arts buff into thinking he’s the real deal.

The script, written by Christopher Wilkinson and Stephen J. Rivele, the pair behind notable biopics like Nixon and Ali, is well-written enough. But they’ve made some storytelling choices that do a real disservice to Bruce Lee both as a person and a legend. 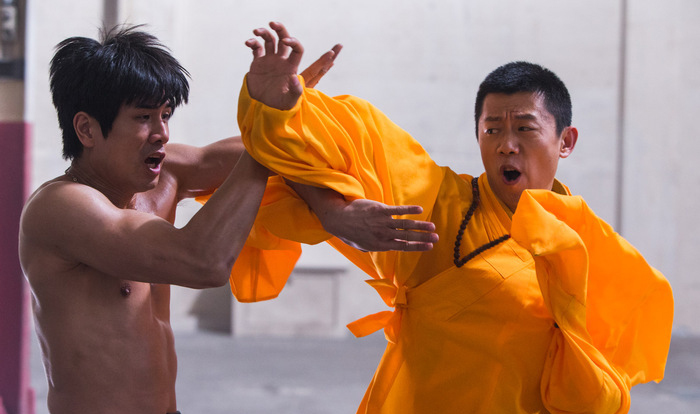 Given that so little factual information about the actual fight between Bruce Lee and Wong Jack Man exists – even those who were in attendance can’t seem to agree on what actually happened and Wong Jack Man himself has remained extremely quiet on the topic –  any recreation of the events would require at least some creative license.

Artists in other media have done some interesting things with this particularly storytelling challenge, like Jeremy Arambulo, who made a webcomic based on the fight called “A Challenge.” But Wilkinson and Rivele’s play so liberally with the source material – and add so many characters that are either fictional or composites of real life people – that it ends up feeling more like Mary Sue fanfiction than a proper biopic.

While Birth of the Dragon opens with a pair of title screens insisting on the importance of the fight between Bruce Lee and Wong Jack Man and how it changed martial arts history forever, the story that follows is actually about Steve McKee (Billy Magnussen, playing a character clearly based on Lee’s famous future pupil, Steve McQueen), a small town tough guy who meets Lee in front of his small gym in San Francisco’s Chinatown and becomes one of his most devoted pupils. It’s also Steve who seeks out Wong Jack Man when the Shaolin master first comes to the U.S. And, when Steve becomes involved in a battle with a Chinese crime ring in the city, he also becomes the reason that the two martial arts giants agree to face off against each other. All of which puts this fictional white American at the center of what really should be about the two real life legends and what might have actually happened between them.

Or, as Variety critic Owen Gleiberman more bluntly put it: “You might assume that the film’s central character would be, you know, Bruce Lee. But you’d be wrong.” 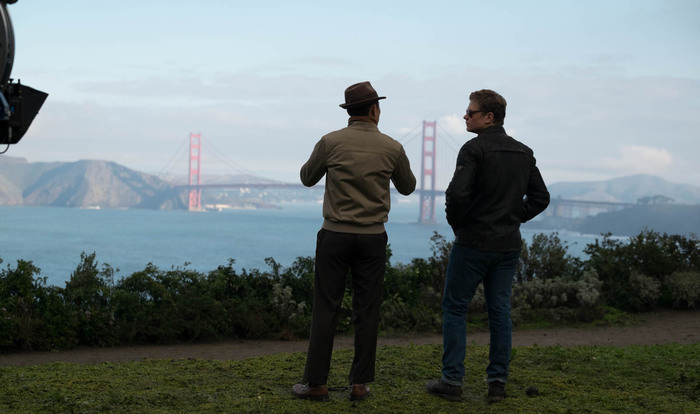 Which is a shame, not just because Bruce Lee (and Wong Jack Man, for that matter) deserves a film of his own, but also because Birth of the Dragon is far more interesting when it focuses on the pair of martial artists. Pitting a young and not yet tested, pre-stardom Bruce Lee against the Shaolin master, who is in the U.S. to atone for some mistakes in his own training, makes for some intriguing discussions that will speak to many martial arts devotees: Where do we draw the line between confidence and humility? How do we balance tradition and innovation in our own practice? What can – and should – we learn from our own limitations?

The action scenes, in which the two men trade moves in their respective styles with a give-and-take that mirrors their philosophical arguments, are also exciting to watch. The actual recreation of the game-changing fight that led to the birth of Jeet Kune Do doesn’t quite live up to expectations, but that’s also more of a testament to the power of that fight’s legend, which continues to grow over half a century after the fact, than a criticism of the combat itself. A final battle that sees the pair team up against the local crime syndicate, fares even better, allowing Philip Wan-Lung Ng to show off both his significant martial arts skills and his charisma – and allowing Yu Xia to show off his steely resolve as his cool-as-a-cucumber backup – in a fantastically choreographed and beautifully shot showdown .

There’s some genuine magic that happens when Steve and his manufactured drama are either off screen or lingering in the background, and it’s enough to make Birth of the Dragon worth a look for fans of Bruce Lee and Kung Fu films. It’s just not quite enough to make those fans wish that the film wasn’t better.

Are you looking forward to Birth of the Dragon? Do you think it will do justice to Bruce Lee’s legacy? Let us know in the comments!

And be sure to check out our selection of Bruce Lee books and equipment in our online store.