Everything We Know So Far About “Birth of the Dragon,” The New Bruce Lee Biopic 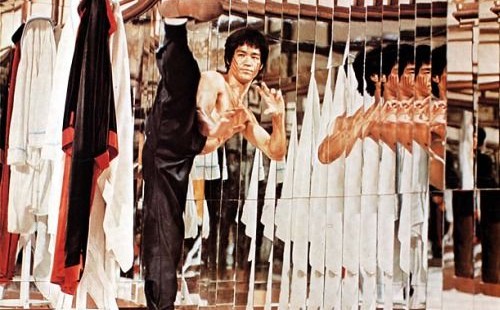 Birth of the Dragon, the forthcoming Bruce Lee “origin story” film currently shooting in Vancouver, Canada, has a rather arduous origin story of its own.

The project first received public attention back in February, 2013, when the Hollywood Reporter announced that QED International and Groundswell Productions would be making a film inspired by the martial arts legend and action star’s life.

The early information on the movie seemed intriguing. With a script by Stephen Rivele and Chris Wilkinson, the pair behind the screenplay for Oliver Stone’s Nixon (1995) and Ali, Michael Mann’s 2001 biopic on boxing great Muhammad Ali, Birth of the Dragon promised to eschew the more traditional biographical film format in favor of exploring one particular pivotal moment in Lee’s life.

“Dragon, according to QED and Groundswell, is inspired by the true-life duel between Lee and Wong Jack Man, who was China’s most famous kung fu Master. The no-rules fight took place in San Francisco in 1965, when the city’s Chinatown was controlled by Hong Kong triads,” the site reported, referring to the famed battle that led Lee to develop his own martial arts style, Jeet Kune Do. “The writers are using this true event as a jumping-off point for a wider-canvas action movie in which Wong and Lee team up to battle a band of Chinatown gangsters.”

“Stephen Rivele and Chris Wilkinson have taken a little-known chapter in the life of Bruce Lee and used it as a jumping-off point for a bold, exciting story about the making of an international legend,” Groundswell producer Michael London said in a statement at the time.

But that was all that came out of the Birth of the Dragon camp for over a year.

Finally, on May 30, 2014, Variety announced that the project had a director. George Nolfi, best known for helming the 2011 futuristic thriller The Adjustment Bureau, starring Matt Damon, was officially on board. Variety also offered a few more details on the script, which would be told from the perspective of one of Lee’s young disciples, a young man named Steve Macklin who would eventually join forces with both Lee and Wong in their quest against the gangsters. At that point, the producers expected to start filming the following spring.

Unfortunately, the spring of 2015 arrived with no further news on the project. But on June 2, a casting call went out for the feature, looking for a “young Bruce Lee” between 20 and 30. “An experienced martial artist highly desired but not required,” the call specified.

In August, Mike Moh, a martial artist and actor best known for playing Ryu on the webseries Street Fighter: Assassin’s Fist, announced that he was being considered for the role. Moh is a longtime Lee fan, and even filmed his own tribute to his hero in 2012.

He actively campaigned for the role, but it wasn’t quite enough to convince the producers.

Finally, on November 16, Variety reported that Philip Ng, a Hong Kong-born American actor with a background in a impressive number of martial arts including Ving Tsun and Lay Fut Kung Fu, kickboxing, and Jujustu, had landed the highly coveted role. Here’s some footage of the man in action:

Principle photography began in Vancouver just two days after the casting announcement and filming is expected to wrap on January 24. YVR Shoots, a blog that keeps track of local productions in the city, managed to capture some behind-the-scenes photos of a major martial arts battle between Lee, Steve, and a group of local gangsters that was shot in Chinatown earlier this week.

It will be interesting to see how this film will balance the real life feud between Shaolin Master Wong Jack Man and Bruce Lee with the more fantastical elements of its story. While the fight remains a uniquely fascinating and important moment in Lee’s all too short life – and a source of much speculation, given that Wong, who retired from teaching martial arts in 2005, did not discuss it for many years – the gangster angle might be too much for the Lee faithful.

For those looking for a more realistic approach to the star’s life, Bruce Lee’s family, led by his daughter Shannon, announced a biopic of their own at the beginning of the year. Unlike Birth of the Dragon, their picture will strive to tell the greater story of Lee’s life from his early struggles as a young actor to his untimely death at the age of 32 in 1973. Influenced by the man’s extensive body of written work, it will explore his intellectual and philosophical approach to life.

“There have been projects out there involving my father, but they’ve lacked a complete understanding of his philosophies and artistry. They haven’t captured the essence of his beliefs in martial arts or storytelling. The only way to get audiences to understand the depth and uniqueness of my father is to generate our own material and find amazing like-minded partners to work with…many don’t know that Bruce Lee was also a prolific writer and a creator of his own unique art and philosophy. That’s what we want to show, not just his kick-ass physicality, but the depth of his character and beliefs,” Lee told Deadline in a February 27, 2015.

“In hundreds of years, how many people created their own martial art, something he used to break tradition because he believed in humanity and that the world was one brotherhood,” Lee said. “His approach to business an nutrition was revolutionary, mixing Eastern and Western philosophies. My father wrote thousands of pages of thoughts on his life. They based Dragon on a book my mom wrote in the 70s, but they didn’t work in partnership with us to create that film and it didn’t have the depth or essence of my father that it might have. There is a lot that hasn’t been told yet, and many lessons that deserve to live on.”

Do you think Birth of the Dragon will do Bruce Lee justice? Or will you wait for the Lee family’s film? Let us know what you think in the comments.