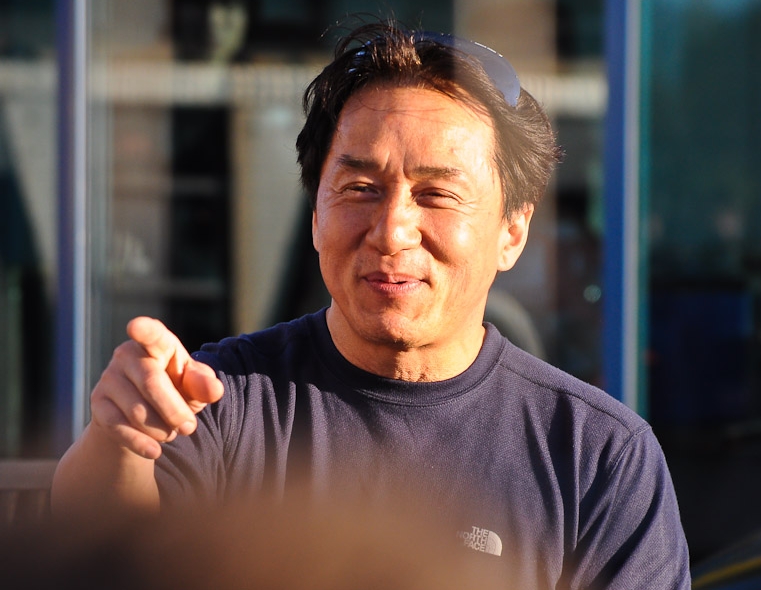 Martial artist, actor, director, choreographer, and stuntman Jackie Chan has been nominated for – and won – a number of awards over the course of his storied half-century-long career. His Kung Fu prowess has won World Stunt and American Choreography trophies. He’s been nominated for over 20 Hong Kong Film Awards and won 5 of them. He’s taken home 3 moon men at the MTV Movie Awards, 3 surf boards at the Kids’ Choice Awards, and left a star on the Hollywood Walk of Fame. He’s been lauded by prestigious festivals like the Montreal World Film Festival and the Shanghai International Film Festival (which now has a Jackie Chan Action Movie Week). But his body of work, exemplified by the kind of highlights celebrated in the video blow, has remained unrecognized by the Oscars.

On the evening of Tuesday, August 30, The Board of Governors of the Academy of Motion Picture Arts and Sciences voted to present Honorary Awards to four “true pioneers and legends in their crafts.” Jackie Chan was one of those four lucky luminaries. The star will receive his Oscar statuette at the Academy’s 8th Annual Governors Awards on Saturday, November 12 in Hollywood. Film editor Anne V. Coates, casting director Lynn Stalmaster, and documentarian Frederick Wiseman will also be honored that night.

“After making his motion picture debut at the age of eight, Chan brought his childhood training with the Peking Opera to a distinctive international career.  He starred in – and sometimes wrote, directed and produced – more than 30 martial arts features in his native Hong Kong, charming audiences with his dazzling athleticism, inventive stunt work and boundless charisma.  Since Rumble in the Bronx in 1996, he has gone on to enormous worldwide success with the Rush Hour movies, Shanghai Noon, Shanghai Knights, Around the World in 80 Days, The Karate Kid and the Kung Fu Panda series of animated films,” the Academy writes of Chan’s oeuvre in their news release about the awards.

In a Facebook post shared the day of the announcement, Chan proudly celebrated his Oscar win. “It’s been 56 years since I filmed my first movie when I was six, and I’ve worked on over 200 films to date. I’d like to say a heartfelt thank you to the Oscars for giving me this award of encouragement and recognizing my achievements while I’m still ‘young’. I’m absolutely honored to be the first Chinese in history to receive this award,” he wrote.

The actor, who famously does his own stunts (and has infamously suffered a number of injuries as a result), also took time to thank his team. “The JC Stunt Team has always had a motto: We don’t ask why, we just do or die. This was one of our fundamental principles, and also a kind of passionate attitude that we, as action movie stars, kept at heart. To be honest, making an action movie isn’t easy. It’s normal for us to get hurt and bleed. Many of us have sustained a body full of injuries and I’m no exception to the case. That’s why I’d like to share this honor with my brothers of the JC Stunt Team who have been with me through good times and bad times over the many years, and I’d like to share this award with every action movie star from all over the world!”

Chan went on to thank his friends, family, colleagues and fans before promising that this career retrospective win was far from the last we’d be hearing from him. “I’ve actually set myself a ‘little goal’ and hope that this honorary golden statue won’t be my last one. I don’t think the Oscars have a rule where you can’t win another golden statue after receiving an honorary award, right?”

His promise to keep busy is off to a good start so far. He can currently be heard in the new animated family feature Monkey King: Hero Is Back, and seen in the action buddy comedy Skiptrace with Johnny Knoxville.

After that, he’ll be reprising the role of Mr. Han in a Karate Kid sequel and lending his voice to The Nut Job 2 and The Lego Ninjago Movie.

According to The Hollywood Reporter, he’s also currently in negotiations to appear in a third installment of the Shanghai Noon series called Shanghai Dawn. Here he is talking about the possibility of a third film in a red carpet interview two years ago:

Are you excited about Jackie Chan’s honorary Oscar? What’s your favorite Jackie Chan film? Let us know in the comments!